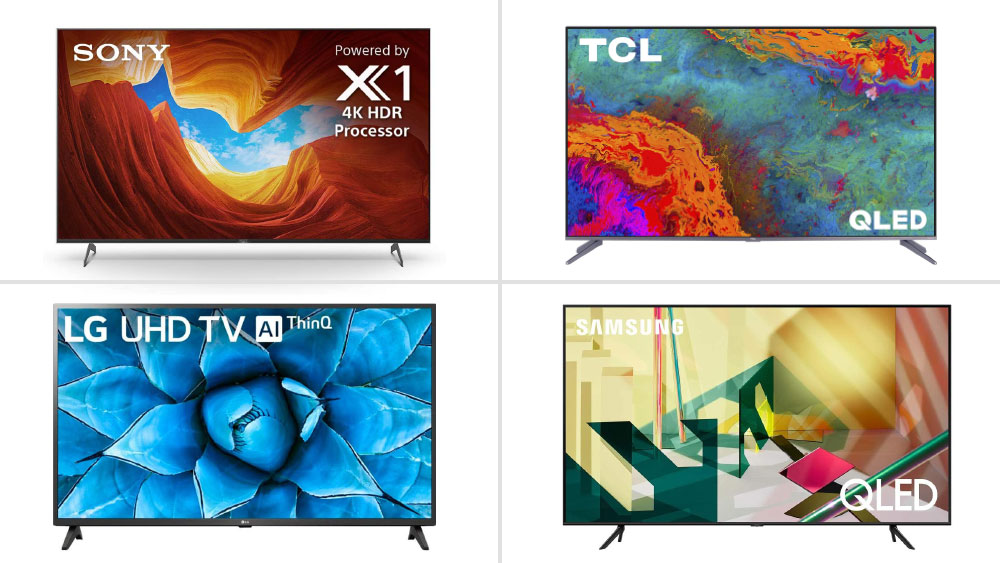 As any film nerd will tell you, what TV you watch movies on matters. So if you’re going to pass on going to the movie theater, you’ll want to make sure you have a quality TV set at home that’s just as good. And you’ll definitely want one that can show 4K video content in all its glory.

When it comes to watching movies and TV shows in glorious full definition, a 4K TV is one of the best options because of its resolution. It’s superior to 1080p TVs in that its horizontal display resolution is about 4,000 pixels—about four times that of the former. The result is noticeable and will make films look much sharper.

But while all 4K TVs have a resolution quality in common, they’re not all the same. Depending on how much space you want to dedicate to movie nights, you may opt for a smaller screen—and, if you prefer to not use a remote, then you’ll want to purchase one with voice control options. Here, four of the best on Amazon.

TCL’s smart TV is for both gamers and film nuts. It combines 4K resolution with Dolby Vision HDR technology to create stunning, life-like pictures and can pair with your Alexa if you’d prefer to use voice controls. It’s a 65-inch TV, which is nothing to scoff at, and has 4 HDMI inputs for hooking up different devices. And if you connect a game console, it will automatically start an optimized game mode, so you won’t miss a single frame while playing.

Having a good 4K TV to watch Netflix on is great, but one that will let you play video games in crisp, clear definition? For some, that’s even better. Sony’s 55-inch smart TV delivers on that front, with a dedicated game mode that creates a smoother, more responsive gaming experience. But it’s not just for the gamer set, though—it can partner with Google Assistant or Alexa, and its full array LED setting optimizes contrast so light areas look lighter and dark areas look darker.

If you want to really feel like you’re at the movies, LG’s 4K TV is for you. The 75-inch smart TV renders your favorite movies and TV shows in pristine colors so you can see every detail, just as one would expect from a 4K TV. It’s also a boon for those who have Apple devices, as it has Apple Airplay 2 and Apple HomeKit built-in. But even if that’s not your cup of tea, it’s hard to deny that watching films on this TV will be anything less than cinematic.

Let’s face it, most TVs—4K or otherwise—are a bit of an eyesore. Samsung’s 4K smart TV wants to change that standard, with an ambient mode that puts enticing visuals on an otherwise blank, dark screen. That’s not all there is to the 65-inch TV, though—quantum HDR technology expands its range of color and detail and enhances contrast. There’s even an active voice amplifier that will analyze the ambient noise in your space and raise the volume on-screen so you can still hear everything.