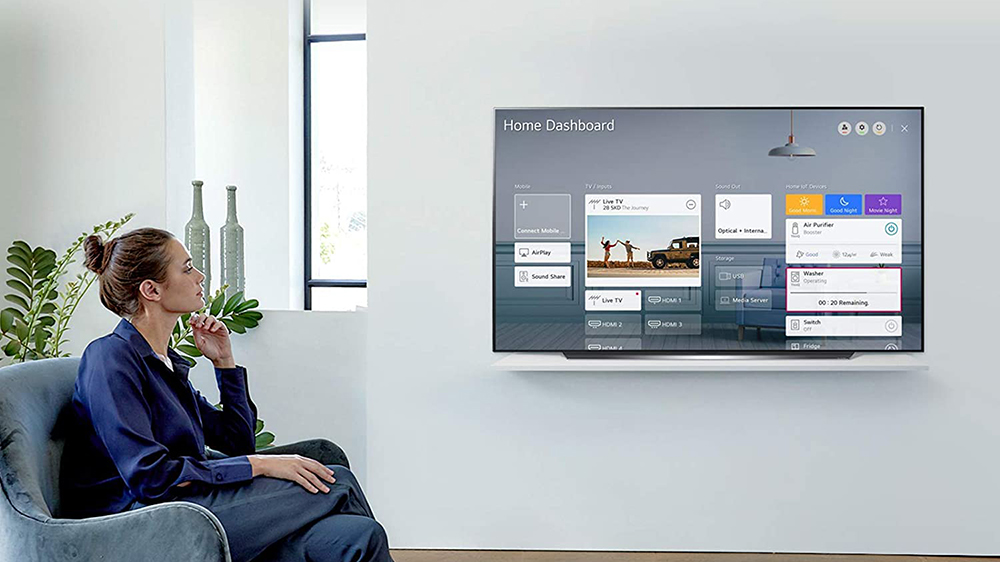 What’s the best size for a 4K TV? Ask five people and you’ll get five different answers. That’s because we all use our TVs for different things, whether it be bingeing the hot new show or watching the big game. If you’re primarily going to use your TV to watch movies, though, you’re going to want something big, making 65 inches the perfect place to start looking.

If you love old film noir, technicolor musicals or CGI-stuffed blockbusters, a 65-inch screen offers a picture large enough that you can catch all the rich visual details, but not so comically large that it takes up an entire wall. If the lights are off, and your picture settings are just right, you might even forget you’re at home and think you’re in a movie theater.

If you’re a serious movie buff looking to upgrade your home theater setup, it’s time to invest in a 65-inch 4K TV. Here are four of the best currently available on Amazon.

You’d be hard-pressed to find a better all-around 65-inch 4K TV than this model from TCL. Besides being the perfect size for movie watching, its QLED panel means what you’re watching looks vivid and lifelike. It also features THX Certified Game Mode which ensures it can keep up with even the fastest gaming console, is Alexa and Google Voice compatible and has a Roku built-in so you can watch whatever you want off your streaming service of choice.

Want to watch a movie exactly how the director envisioned it in their head? Then you want a set with an OLED panel like LG’s. OLED pixels emit their own light and can turn off when necessary, resulting in colors that really pop and blacks that are actually black. If all that wasn’t enough, this set also feature’s the brand’s α9 GEN 3 AI processor, which smooths out any discrepancies and rids the image of visual noise. You may be watching the movie at home, but you’ll feel like you’re on set, standing behind the camera.

Video game consoles and high-end TVs don’t often play nice. That’s because the biggest games have an image that moves at more than 60 frames per second, something not all 4K TVs can handle with ease. Sony, which also makes the PlayStation, knows a thing or two about gaming, though, and this TV 65-inch features its 4K HDR Processor I, which ensures you don’t have to deal with any lag. It also upscales whatever you’re playing or watching, so that it looks lifelike. Ever wanted to play a video game on a movie theater screen? Here’s your chance.

Samsung’s 65-inch 4K TV may not be the best on the market, but it’s accessibly priced and can easily stand on its own. This set has the company’s Crystal image processor and HDR support, both of which help deliver a pristine 4K image. But that’s not all, as the set also features two voice control technologies—Samsung’s own Bixby and Amazon Alexa—as well as the brand’s Tizen operating system, which will allow you to stream content from your favorite streaming services.