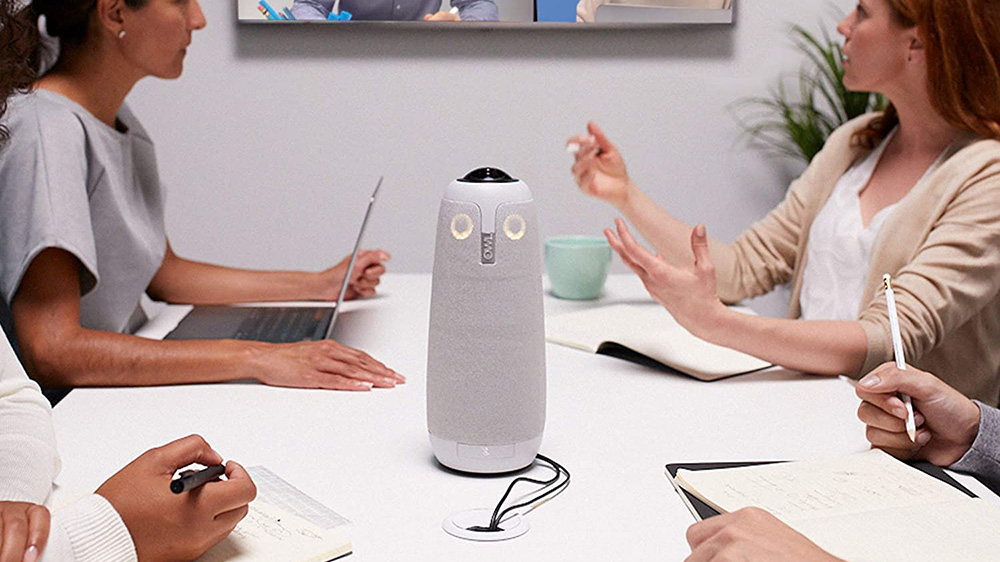 Whether you’re at the office or not, an unavoidable part of any job is meetings. But even if you can’t physically be with your co-workers or clients, a top-notch audio and video conferencing system will ensure that doesn’t make a difference.

Whether it’s for the home or office you’re going to want to pick a system that best matches the space it will be used in. If you’re the only one who will be in meetings you can afford to go with a compact setup with a built-in microphone. But, if the system will be used by a group of people, you’ll want a more sophisticated set of audio tools to ensure everyone is heard. You’ll also want a camera that offers 360-degree video coverage. It’s also wise to pay attention to the ports available, especially if you want to connect your system to a large TV.

If virtual meetings are a big part of your workday, it’s worth investing in a dedicated audio and video system. Here are four of the best currently available on Amazon.

If you need a full-features video conferencing system that won’t take up much space, you’d be hard-pressed to find a better model than this one from Owl Labs. Measuring less than 11 inches tall, the obelisk-like unit features everything you need, including a 360-degree camera in its crown that outputs 1080p video. On the audio side, eight smart mics offer perfect clarity and will pick up whoever is speaking. It’s also powered by the Owl Intelligent System software suite which can be upgraded with more features from the company when they become available.

For some of us, the webcam on our laptop is all we need for virtual meetings. But if you’re looking to take things up a level, there are few better places to start than this webcam from NexiGo. It’s doesn’t have as many features as some of the options on this list, but it has everything you actually need, including a full HD 1080 p camera and a built-in microphone. It’s also incredibly easy to use as all you need to do is simply plug it into one of your computer’s USB outlets. Completing the package is a privacy cover in case you’re worried about someone spying on you.

If you want to make sure everyone is seen and heard during your next virtual meeting, it’s hard to think of a better option than Logitech’s system. It features a 120-degree conference camera that is sure to pick up everyone in front of it, even those sitting up close and can output an Ultra 4K image. On the audio side, there are three microphones built into the system that should capture everyone’s voices, but if you need even more mics there’s an expansion mic that extends the system’s audio range from eight to 14 feet. And if that wasn’t enough, it even connects to mobile devices via Bluetooth.

Video conference systems are designed more for function than for beauty. But Polycom’s system manages to look and work great. The all-in-one unit has an elegant design that doesn’t call attention to itself, a rarity among its peers. It’s also got a smart camera and microphones that will automatically pick up who is talking during your meeting. It also features plug-and-play USB and wireless connectivity so it’s easy to use.