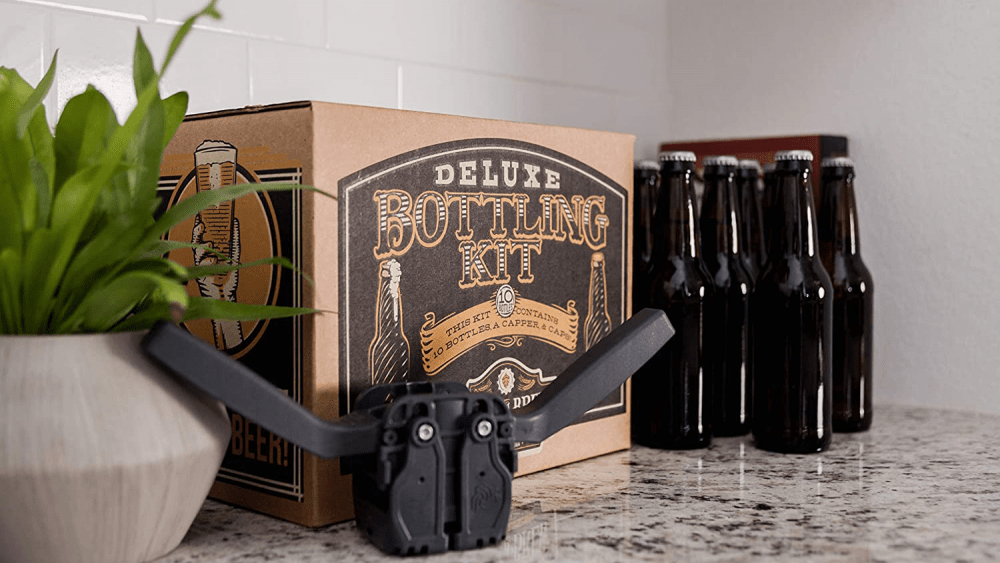 Brewing beer doesn’t have to be hard. All you need is a good kit to get you started—one that has a funnel, stopper, airlock, tubing and thermometer. One tool that’s often lacking from these kits, however, is a bottle capper, which is integral for sealing and distributing your homemade brew.

Most bottle cappers are easy to use. They resemble a large clamp that fits over the lip of the bottle—just a quick squeeze and it’s completely airtight. Often the cap itself is held in place by a magnet, which helps ensure accuracy and a strong seal.

Aipasi tech’s bottle capper is about as straightforward as it gets. A magnet keeps the cap in place as you adhere it to the bottle, which is as simple as pushing down on the wings. Another bonus, especially for beginners, is that this bottle capper comes with 144 bottle caps. You can also use it for soda bottles, as well as home-brewed beer.

There are plenty of beer brewing kits out there, so it makes sense that there’s a beer bottling kit as well. Craft a Brew’s has all the bells and whistles you’ll need to get to bottling, including 10 bottles, a clamp and 30 plus caps. It’s designed to pair with a 1-gallon beer kit, as it has enough resources to bottle three gallons worth of beer.

Let’s get this out of the way: G Francis’s bottle capper isn’t going to win any beauty contests. But you don’t buy a device like this just to show off. You buy it so you can securely cap your home-brewed bottles of beer. The brand’s capper is excellent at that and it’s easy-to-use thanks to its comfortable plastic grip handles. It’s also built just as tough as it looks, meaning you won’t need a new capper for years to come.

While most bottle cappers resemble a large clamp, FastRack’s is a bit more sturdy, and is best used when attached to a workbench. Its height can easily be adjusted to accommodate bottles of different heights—it’s about 21 inches tall on its own. Adjusting it may be a pain if you’re capping bottles of different sizes, but, because of its design, it requires much less effort to use.