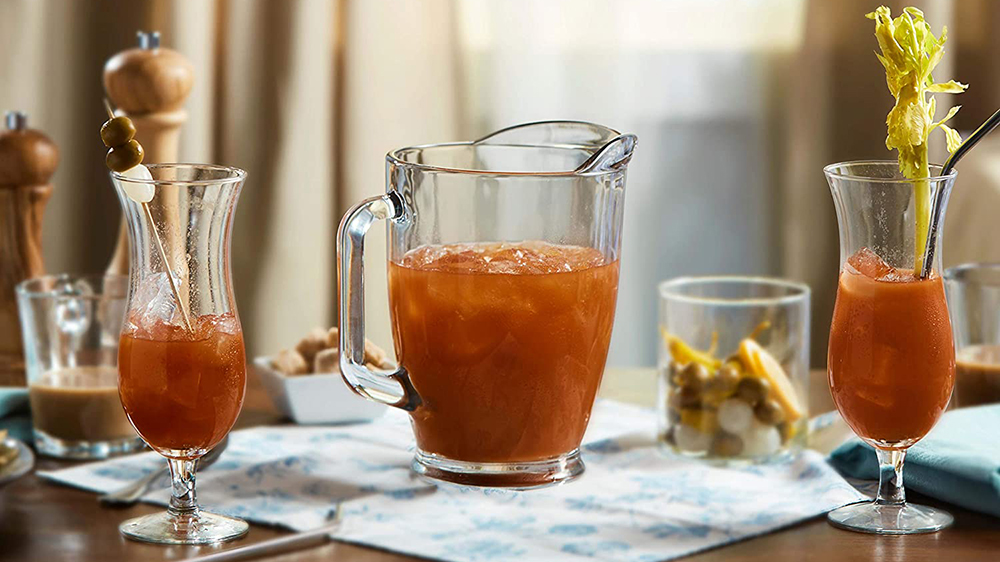 Few drinks are better at announcing the arrival of the weekend, or vacation, than the Bloody Mary. But as any serious mixologist knows, a drink’s presentation is about as important as how it tastes. And when it comes to the Bloody Mary, you’re going to want a nice, tall glass with which to show off your creation.

There are few drinks that look and taste as distinctive as a Bloody Mary. Dreamed up in the 1920s in Paris, the drink combines vodka, tomato juice and a number of spices and hot sauces to provide a real kick. Frequently enjoyed with brunch or lunch—it has a well-earned reputation as a hangover helper—it’s served with ice and a vegetable garnish in a highball glass. But just as everyone’s personal mix will be a bit different, so will the glass it’s served in. And you’ll want something that shows off the drink’s rich coloration.

If you’re a fan of the perfect daytime cocktail, or if you’re just interested in making more of it at home, then you’ll want a few Bloody Mary glasses in your cabinets. Here are four of the very best on Amazon.

Few cocktail sets are as comprehensive as Libbey’s. The brand’s Bloody Mary collection includes a large pitcher, six Hurricane glasses and three sizable jars for your garnishes and olives. But the set isn’t just well-stocked, it’s well made, too, as it’s composed of high-quality, lead-free glass. One thing to note, though: The pitcher isn’t made for hot liquids, and, as durable as the containers may be, you’ll still want to wash each by hand.

Everyone wants their cocktail glasses to be made from real glass. But sometimes shatter-resistant plastic is the way to go, especially if you’re hosting a party with a particularly rambunctious crowd. Shatter-proof plastic doesn’t have to look bad either, as Carlisle’s set of 16-ounce Hurricane glasses ably proves. You’ll be hard pressed to tell the difference until one of these glasses takes a tumble—and survives it without a scratch.

People who love Bloody Marys really love Bloody Marys. And if you are one of these folks, then you’re going to want to order a set of Schott Zwiesel’s Hurricane glasses. Available as a set of six, these crystal glasses are stouter than the other offerings on this list, and can hold 17.9 ounces of your favorite daytime cocktail. Even better, they’re chip- and scratch-resistant, and are more than hearty enough to withstand some runs through the dishwasher.

The Bloody Mary is believed to have been dreamt up by a bartender working at the New York Bar in Paris in the early 1920s. There’s some dispute regarding this origin story, but if it’s true, then chances are it was served in a glass just like these from History Company. The glasses, which come in a set of two, attempt to mimic the design of those used at the storied bar way back when. Better yet, the vintage-style glasses feel substantial, and are durable enough to withstand many a trip through the dishwasher.