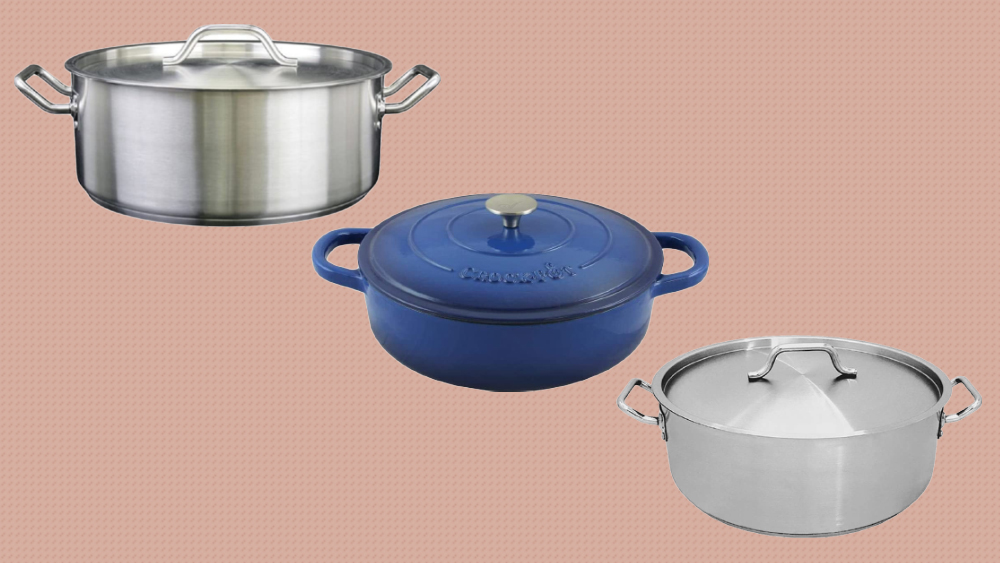 As any dedicated chef will tell you, there’s a specific knife, pot or pan for seemingly every culinary task. So if you want to braise meat so that it’s perfectly juicy, then you’re going to need a dedicated brazier.

A brazier is essentially a large pan with a capacity that can range anywhere between 15 and 30 quarts. It braises meat by slowly warming it in liquid after it’s already been lightly fried. The result is a tempting, succulent food that guests will scarcely believe you made in your own home.

Traditionally made from heavy aluminum—although some are ceramic—a brazier has two handles, which allow it to be picked up and put down with ease. A secure lid ensures that not even the tiniest bit of moisture escapes during the cooking process, so that the food can better marinate.

So if you have a hankering for some tender, flavorful braised meats, then it’s time to invest in a brazier and get to cooking. Here are four trusted pans that you’ll want to consider.

Not a dedicated brazier, per se, Crock Pot’s “braiser”—no that’s not a typo—is a cast iron slow cooker. This means it can do everything you’d expect of a brazier and more, though its 5-quart capacity does mean it’s on the smaller side. And, in addition to it time-tested quality, the pan is also a sight to behold. Available in a range of warm, eye-catching colors, it’s a beautiful addition to any kitchen.

Pros: A gorgeous cast iron slow cooker that can do more than just braise meat.

Cons: Can’t compete with the capacity of dedicated braziers.

Crestware’s braziers have an industrial aesthetic similar to that of the pans you might find in a commercial kitchen. That’s probably because the company’s professional-grade brazier is in fact designed for those very kitchens. Made from extra heavy-duty aluminum, this is a pan that’s meant to withstand the test of time. And because it has a capacity of 20 quarts, you’ll be cooking plenty of servings in each go.

Pros: A durable pan that’s up to almost any task.

Cons: The industrial aesthetic will be a tad severe for some.

Thunder Group’s brazier is a 20-quart, commercial-grade pan that’s perfect for braising meat, stewing vegetables and simmering sauces. It features a super flat bottom that eliminates hotspots, ensuring that everything cooks evenly. Though it’s design is pretty generic, at least as far as braziers are concerned, it does feature ergonomic handles. While they may not seem like that big of a deal at first, it provides a much better grip, so the value will definitely become clear over time.

With just 15 quarts of capacity, Update International’s induction-ready brazier is far from the largest pan out there. But that won’t matter to you much, as it’s an excellent no-frills option with a classic, stainless-steel look. And while it may be on the small size compared to other braziers, that makes it all the better for reductions.

Cons: May not be ideal for bulk cooking.