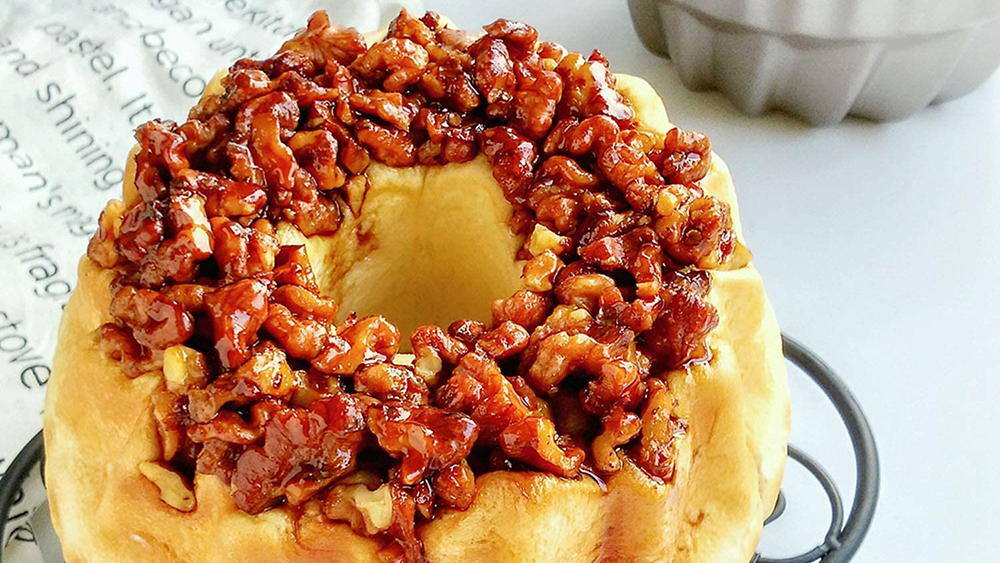 Everyone’s got their favorite desert. And for many Americans, that’s a Bundt cake. This brioche-like treat has been a hit stateside since rising to popularity during the middle of the last century. And while many chefs have given the dish their own unique spin, they all have one thing in common—that famous donut-like shape.

That iconic shape is the product of the pan that the Bundt cake is baked in. Sometimes called a fluted tube pan, it features a chimney-like space in the middle that gives the cake its center hole. The materiality, however, varies: Because while most Bundt cake pans are made from aluminum, they can also be made of ceramic or stoneware. But the biggest difference between the pans—and your chance to really put your personal stamp on the dish—is the design of the grooves that line the inner layer and give the cake an added visual flourish.

If you like Bundt cake and are ready to start making it on your own, then it’s time to invest in a dedicated pan. Here are four of the best on Amazon.

Design isn’t the main reason you’ll buy a Bundt cake pan, but it certain could put the one your eyeing over the top. And few look as chic as ChefMade’s champagne-colored offering. The pan features an ornate, but not too fussy, groove design that will give your baked goods some real flair. But the carbon steel pan doesn’t just look good, as its also easy to use, thanks to a its nonstick inner layer.

When you think of a Bundt cake plan, it probably looks like Nordic Ware’s offering. Made of durable cast aluminum, it’s plenty easy to use—just grease it and add batter—plus, it has a simple yet elegant groove design. The pan itself would be enough for most bakers, but even more appealing is that it comes with a “deluxe” cake keeper, which will keep it protected on the way to your destination.

Most Bundt cake pans are made from aluminum, but that doesn’t mean they all have to be. CasaWare’s offering makes a good case for ceramic. The pan does everything an aluminum one does, plus, it looks so much better. And while it may not be quite as durable as one made from metal, its double coated surface ensures it can withstand heavy-duty usage.

Bundt pans may feature fancy groove designs, but the pans themselves are rarely much to talk about. That’s not the case with Blue Rose Pottery’s pan, though. Handmade in Poland, this stoneware container features a colorful design that you won’t mind showing off. But while it looks great, it’s also plenty tough and can even withstand a trip through the dishwasher.