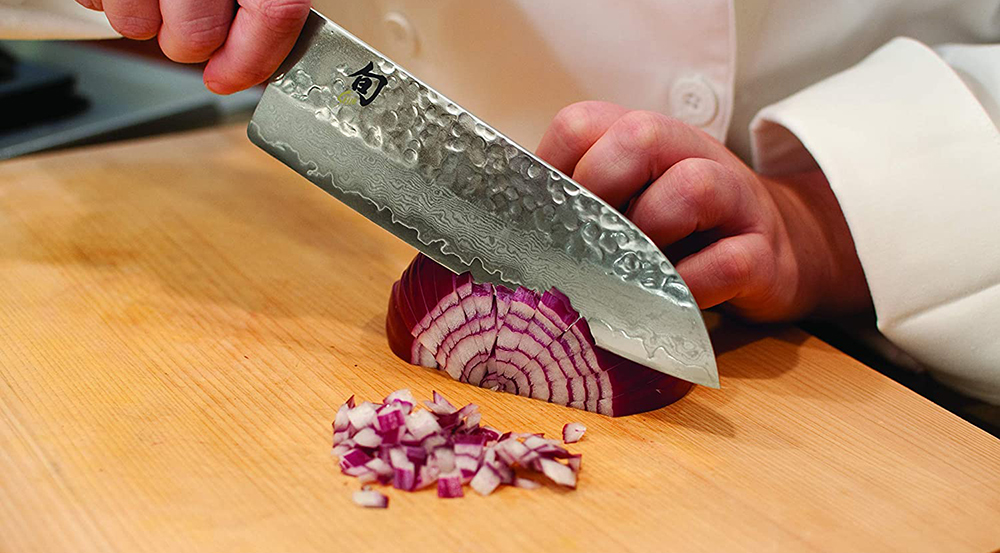 At times, it can seem like there is a specific knife for each and every task that goes into cooking. But intended usage isn’t the only thing that sets knives apart. There’s also the material of the blade. And every pro and diehard hobbyist knows that if you’re looking for a top-quality knife that will last you for years, you’ll want one made from carbon steel.

If you’ve heard of carbon steel knives, chances are you know that they require more upkeep than their stainless-steel counterparts. That’s because you’ll need to treat a carbon steel blade with mineral oil so that it doesn’t rust, and sharpen it using a whetstone in order to really get the most out of it. But there’s a reason for this. A carbon steel knife’s sharpness is unparalleled, meaning that each slice requires less effort and is more precise than ever before. It’s a tradeoff, of course, but one any seasoned chef will gladly take.

If the idea of a little extra attention and maintenance doesn’t scare you off, then it’s time to commit and invest in a carbon steel chef knife of your own. Here are four excellent choices to consider.

If you’re ready to fully embrace carbon steel chef’s knives, then Micen’s professional-quality knife has you covered. Engineered with AICHI AUS-10 steel and a sloped lobster shape for precision, this premium knife blends Western and Japanese knives styles which adds to its versatility. The eight-inch knife is extra-sharp for seamless cutting, while the ergonomic handle allows for better control.

Curious about trying a carbon steel chef’s knife? Brooklyn Knife Co’s gyuto is the one for you. A traditional Japanese-style knife, the gyuto is a durable, all-around blade that’s as adept at chopping chunks of meat as it is as finely mincing vegetables. Exquisitely crafted and featuring several design nods to Japan, it also looks better than you’d a expect for its exceedingly reasonable price.

Pros: A rugged knife that can accomplish all your cutting needs

Cons: Striking as the design may be, some may find it a bit fussy.

Already convinced by carbon steel knives? Dalstrong’s Shogun Series X set has everything you need to fully make the switch to carbon steel. The set includes an 8-inch chef’s knife, a 7-inch santoku, a 6-inch utility knife, an 8-inch bread knife and a 3.75-inch paring knife, as well as its very own block to store them all in. Each knife features a blade made from vacuum heat-treated Japanese steel with a hardness of 62+ on the Rockwell scale. Additionally, the razor-sharp edge of each knife has been hand-polished using the three-step Honbazuke method and features a military-grade handle that will last as long as the blade.

Shun Cutlery’s 7-inch santoku is for chefs who’ve already seen the light. It’s a finely crafted carbon steel knife that’s versatile and easy to use, and that will upgrade any kitchen. The knife features a beautiful blade with Damascus cladding and 34 layers of Japanese “super steel” on both sides. While it’s shorter than your average chef’s knife, it’s still more than capable of almost any cutting task you can dream up.

Pros: A gorgeous Japanese-style knife that will upgrade any kitchen.