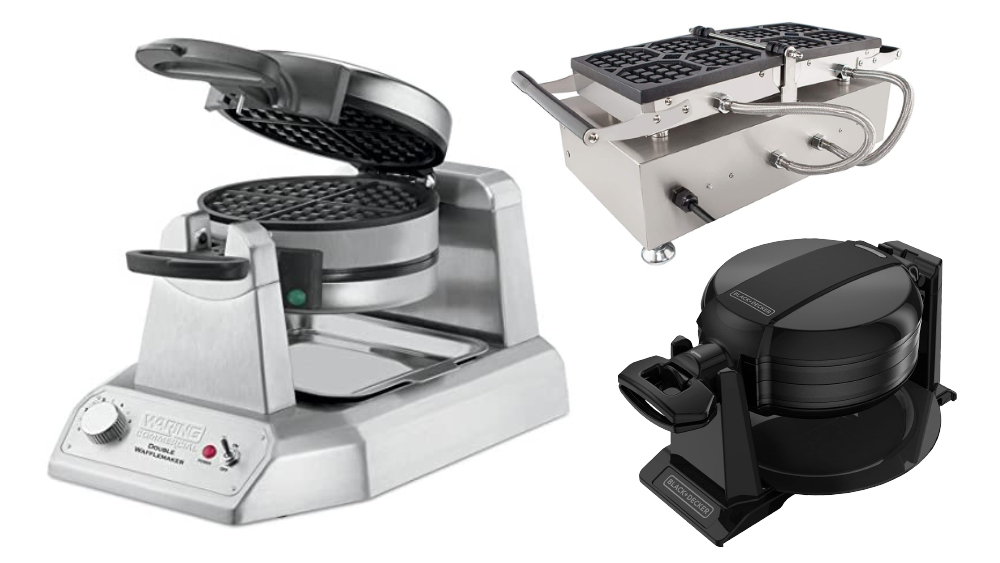 Why make just one waffle when you can cook two at once? That’s the thinking behind most double Belgian waffle makers anyway, which are cleverly designed so you can pour batter into both irons at once.

Good thing, too, as Belgian waffles have been an American breakfast staple for decades. They weren’t always intended to be served up with whipped cream and syrup, though, as they were originally served as a street food that you could eat with your hands. In Belgium, they’re still eaten that way to this day. It wasn’t until the 1962 World’s Fair in Seattle that Belgian waffles were introduced in the states.

But no matter how you eat your Belgian waffles, there’s no denying that an iron is the easiest way to make them—and a double iron even more so. Mix up the batter, pour it in, and you’re good to go. Here are four that are great for cooking up your next breakfast feast.

Waring’s double Belgian waffle maker can take a serious beating. Its heavy-duty commercial construction means it will last you a while, even if your kitchen is a bit hectic. It’s also pretty user-friendly, with an LED indicator for when it’s hot enough for baking, and a beeping noise that indicates when each waffle is done.

Pros: Its compact design means it will last a long time.

Cons: It’s pro-grade construction might unnecessary for some kitchens.

Most people have probably owned a Cuisinart kitchen appliance at some point, and the brand’s double Belgian waffle maker is another reminder of why that’s the case. The iron can cook up two waffles without taking up too much counter space, with separate LEDs lighting up when each individual waffle is done just right. You can even adjust the temperature to your liking via a knob, depending on how crispy you want your waffles to be.

Pros: Temperature control knob lets users decide how cooked they want their waffles to be.

Cons: Its utilitarian design may not appeal to everyone.

Black + Decker’s double Belgian waffle maker will cook two waffles for you sans any mess. The nonstick iron means you won’t even have to use butter or oil to keep waffles from sticking to the inside, and the drip tray below will keep batter from getting all over the counter. Plus, its glossy black exterior is a welcome change of pace from the usual stainless-steel finish.

Pros: The nonstick interior and the drip tray make for an easy clean-up.

Cons: No LEDs or audible alerts to indicate when the waffle is done, so you’ll have to eyeball it.

If you’ve got a big family to feed, then ADLKitchen’s Belgian waffle maker is for you. It’s able to make not just two but four waffles at once, plus, the 180-degree swing mechanism moves the iron so all the waffles are cooked evenly on both sides. The appliance’s heavy-duty construction, meanwhile, ensures its longevity.

Pros: Cook up to four waffles at once.

Cons: Takes up more space than other iron. 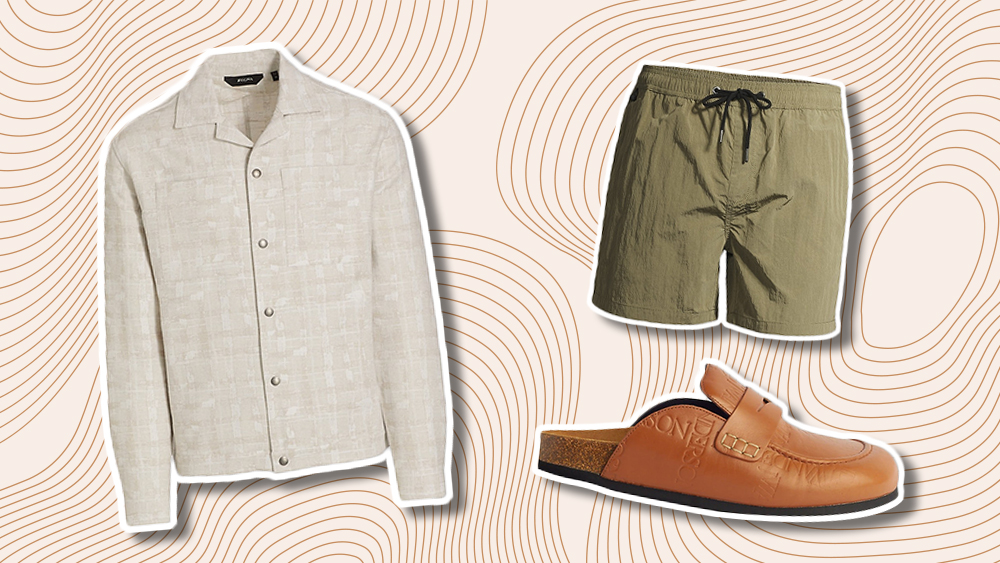 Robb Recommends Deal Sheet: From Zegna to Common Projects, the Most Luxurious Discounts Online This Week

Robb Recommends From Vince to APC, the Most Luxurious Discounts Online This Week
ad