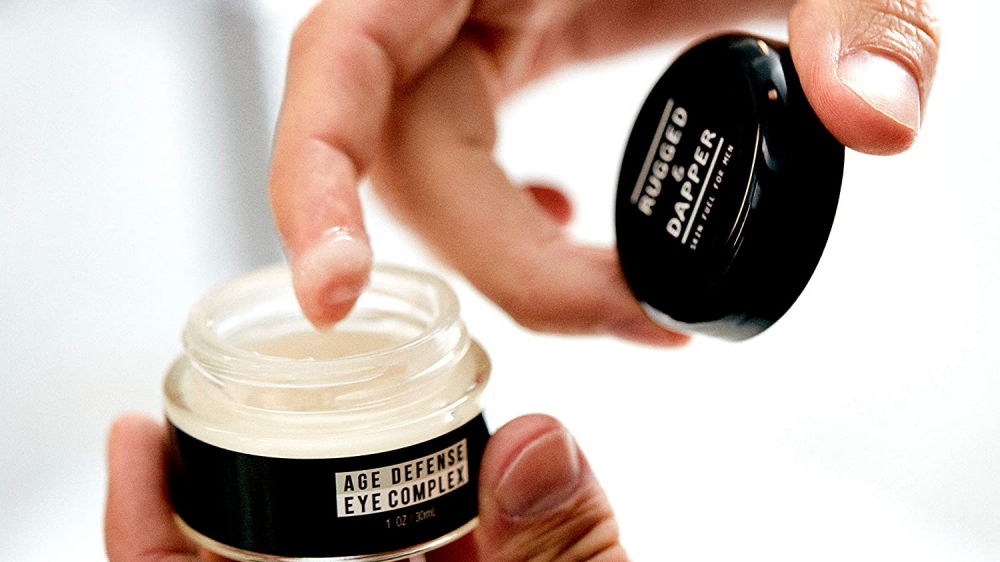 The skin underneath your eyes is especially fragile. Because it’s so thin, it will show wrinkles faster than other parts of your face—to say nothing of dark circles, which can be the product of everything from genetics to allergies to a lack of sleep. If you want to look your best, you’ll need a way to combat these maladies. Which is why an eye cream is so essential.

Unlike other moisturizers, eye creams are specifically formulated for under-eye use, which means they’re much thicker in consistency and have different ingredients. One of the key components to look out for is retinol, which helps combat the aging process and restores the skin. Other common ingredients that help boost collagen production—a process which slows as you grow older—include Vitamin C, peptides and more.

Of course, limiting sun exposure and getting a good night’s sleep help, too. But an eye cream is a necessity for those who want their under eyes to look as fresh and rejuvenated as possible, even as they grow older. Here, four of the best on Amazon.

For the most part, eye cream is not one size fits all. Some eye creams will work better for those with dry skin than those with combination skin, for example. Not so for Brickell’s offering, which promises to deliver brighter, more alert-looking under eyes for all skin types. The formula contains aloe, protein peptides, Vitamin C and green tea, which can reduce dark circles and wrinkles. The secret? It’s a lightweight formula that’s easy for the skin to absorb, so it doesn’t leave any greasy residue behind.

Want to take your eye cream with you on your next weekend trip? Clinique’s option is great for the jetsetter, as it comes in a small, .5 ounce package that you can easily throw into your suitcase or backpack and take with you wherever you go. It’s also a great product in its own right—fragrance free, oil free and lightweight, so it’s plenty easy on the eyes.

Most eye creams are just that—moisturizers formulated specifically for the under eye area. Rugged & Dapper—the name speaks for itself, apparently—has a formula, however, that can be used on the forehead and cheek areas as well, where wrinkles often appear first. And you’ll want to get as much use out of it as possible, as it’s a moisturizer packed with aloe vera, green tea, jojoba oil and other vitamins, minerals and antioxidants.

Looking to firm up the skin beneath your eyes quickly? Try this cream from Wilder’s. The brand’s formula is packed with marine collagen and avocado oil and is designed to deliver noticeable results in no time at all. Not only will it moisturize the skin under your eyes but it also smooths and reduces the appearance of wrinkles. It’s also free of fragrances and dyes, which can irritate people with sensitive skin.