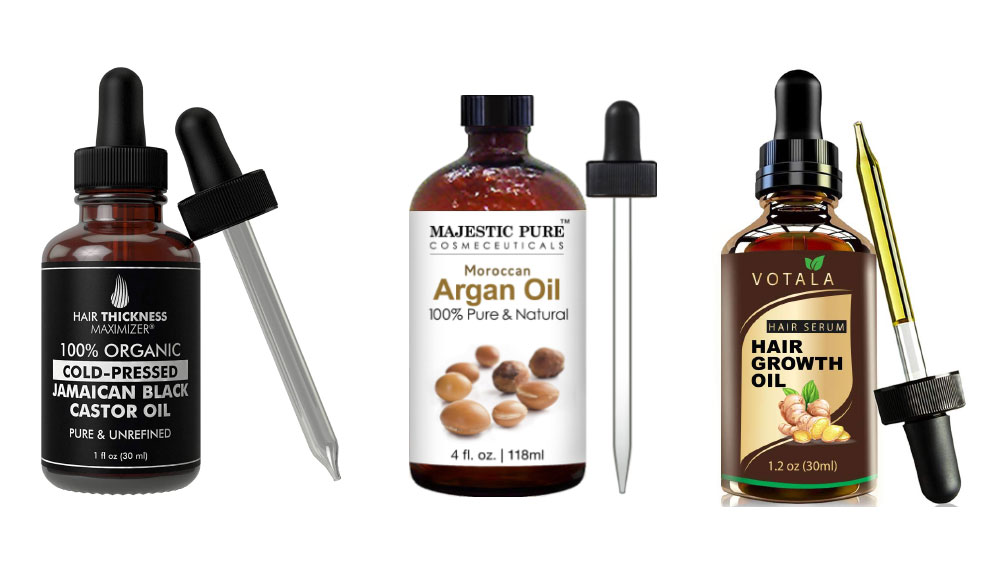 We’ve all had days where it feels like our hair could use some extra oomph. It could feel dry and brittle or it could need some extra shine. Either way, you’ll want a good hair oil on hand for these moments, as it’s a multi-purpose formula that can make your hair look like it’s fresh out of the salon.

The idea of hair oil seems counterintuitive at first. We wash our hair so that it doesn’t look greasy, so why add more oil into the mix? But hair oil can help repair and restore your hair in a similar way to its natural oils, and it won’t make it look unkempt or unwashed, so long as you use it in moderation. A restorative hair oil is especially great for those who have hair that’s naturally a bit drier, as it will keep any strands from getting too brittle. Some hair oils can even double as a moisturizer for the body.

Once you’ve found one you like, just take a small amount and brush it through your hair while it’s wet. Of course, different hair oils have different formulas, so it comes down to you and how you want your hair to look once styled. Here, four different oils to choose from on Amazon.

Few hair oils have as many positive side effects as Votala’s. In addition to making your hair look denser and healthier, it also nourishes it. Ginger, its main ingredient, contains magnesium, potassium, phosphorous and vitamins that nourish your follicles and make them less prone to breakage. Other natural ingredients include fleece-flower root, angelica, niacinamide, tocopherol and danshen extract. It also helps promote your hair growth and balances oil secretion.

If you’re trying to grow a full head of hair as well as a healthy beard, then you’ll need a hair oil like Seb Man’s on deck to make sure both look their best. It’s a simple enough formula: almond oil, Argan oil, jojoba and grape seed—one that promises to smooth and define your hair and give it some extra shine. Keep in mind that it does have a scent to it, though. Those who want an odorless hair oil will have to look elsewhere.

As the name would suggest, Hair Thickness Maximizer’s oil is designed to nourish your hair so that it’s stronger and more long-lasting. It’s made with pure Jamaican black Castor oil, which is fire roasted, pulverized and then slow boiled so as to maintain their nutritional value. Because it’s such an unrefined oil, it can also be used to help maintain your eyebrows, as it will absorb right away. Of course, it works just as well for the hair on your head, too.

Majestic Pure’s offering is an Argan oil made with no extra additives, so it’s about as simple and organic as you can get. Because of this, it’s extremely versatile, and can just as easily be used to give your skin a bit of extra moisture. Keep in mind that because it’s made of nuts it does have a mildly nutty smell, so if you prefer an odorless oil, this one may not be for you.