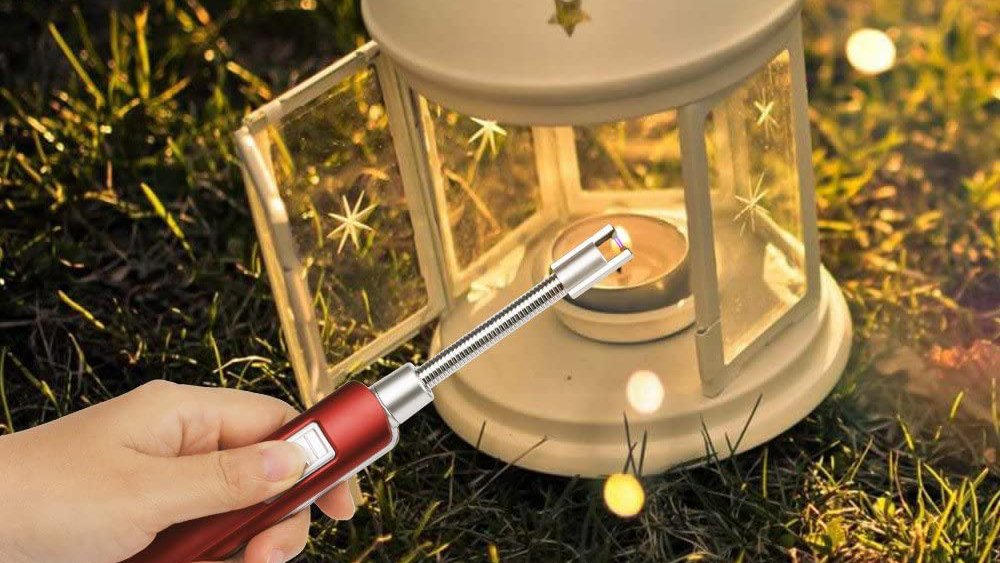 Humans have come along way from rubbing two sticks together to generate a flame. Ever since Zippos caught fire in the 1930s, we’ve been finding innovative ways to kickstart a blaze. Indeed, lighters have evolved dramatically in recent years. You can even get a flameless lighter that can ignite your grill using no flame at all. This magic contraption, known as an electric arc lighter, uses a spark to create a plasma conduit between electrodes (or an arc). This arc, which is maintained by a lower voltage, is then applied to flammable material such as the coals in your grill to cause ignition. Think of it as the lightsaber of lighters.

Electric arc lighters are great because they’re windproof and can be easily recharged. That’s right, no more gas. Furthermore, if you pick a lengthy design, it’s even easier to light your grill.

There are few things worse than pulling out your cool flameless lighter and realizing it’s out of juice. Fortunately, RONXS has fitted its design with a nifty LED battery display that lets you know in real-time how much power you have left. Basically, when all five LED lights are shining bright, the lighter is fully charged and you’ll get more than 500 uses out of it. This flameless design is wind- and splash-proof which makes it great for outdoor use. It also sports a long four-inch neck that can be easily rotated for ignition wherever you may need it. 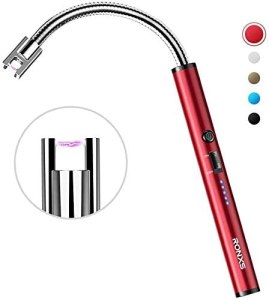 As its moniker implies, Magic Flame creates, well, magic flames because they’re not really flames at all. This flameless electric arc lighter features a plasma wave that’s even hotter than fire. Furthermore, it’s fitted with a large-capacity lithium-ion battery that can be charged more than 600 times. This means you’ll have this handy firestarter for years to come. While it may not have the flexibility of our other models, the long sturdy handle will keep your hand from getting burned while lighting your grill. 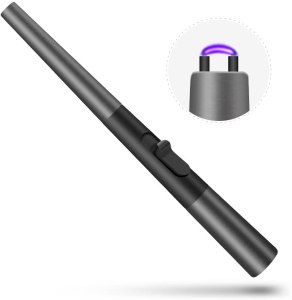 Magic Flame made our list twice because of its top-notch designs. This is the more flexible younger sister of the aforementioned electric lighter. It can rotate a full 360 degrees and gives you the ability to ignite all those hard to reach places, like gas stoves or fiddly charcoal grills. Like the other models on our list, the lighter can be easily charged by connecting to any powered USB port. It’s also completely unaffected by wind or water and can be used rain or shine. 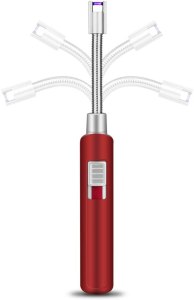 When grilling, safety is key, especially if you’re cooking around little ones. Grillmatic’s electric lighter is fitted with a safety switch that automatically shuts off the device after 7 seconds of continuous pressing. It also features a long, flexible neck that promises the safest lighting experience. This ensures you and your fellow grillers stay free of injuries. The lighter can be charged via USB and can be used more than 200 times per charge. It’s also immune to the elements so you can start a fire in any weather condition. 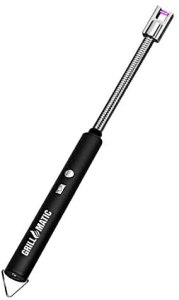 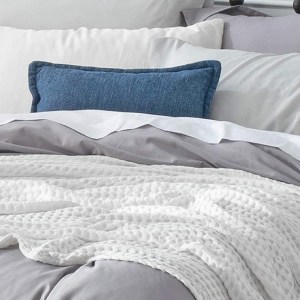 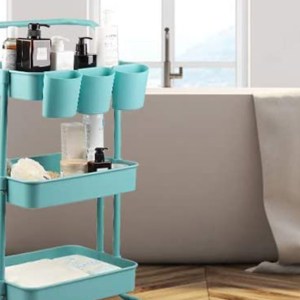 The Best Bathroom Carts for Even More Storage 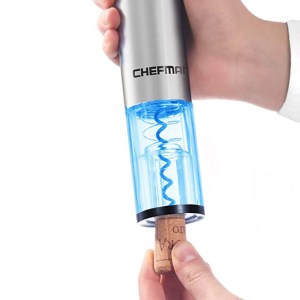