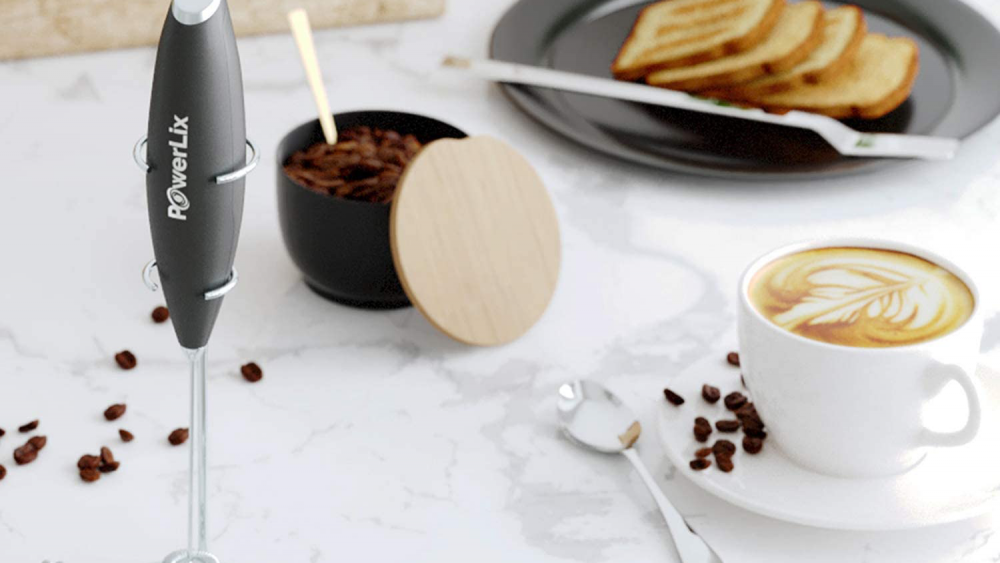 When you get a cappuccino from your favorite coffee shop, it likely has a distinguishing feature that sets it apart from anything you can make it home: a topping of frothed milk. This fluffy, creamy addition adds another layer to your cup of joe, and it makes it all the more satisfying to drink. But you can just as easily make frothed milk from home.

Many coffee machines have a milk frothing component baked in, but if you’d rather just invest in a dedicated tool for the task, then there are plenty of options. These frothers force air into the milk, creating the tiny bubbles that create the delicious foam. Frothers come in different shapes and sizes, too: Some are electric and resemble wands that can “whisk” milk until it’s frothy, while others look more like mugs that you pour milk into, press a button and voila. The latter double as heaters that can warm milk for you as it froths.

When it comes to frothing, you can use any kind of milk, be it dairy, soy, almond or cashew—though many have hypothesized that skim and low-fat milk creates a thicker, more textured foam. Here are four of the best frothers on Amazon that will help you make the perfect cappuccino every time.

Breville’s frother has it all. It looks much more mod than its brethren, for one, but it’s also one of best frothers out there in terms of functionality. It comes with two different discs that make two discrete froths—a cappuccino disc that whirs milk into a thick, creamy froth and a latte disc that churns milk into a thinner, more silky consistency. It can hold up to three cups of milk at a time, and will shut off once milk has reached the optimal temp, so you won’t have to worry about it overheating and going bad. Bonus: It’s a great hot chocolate maker, too.

If you’re going to invest in a milk frother, you’ll want one that can perform more than just one task—or make more than just one consistency of foam. Miroco’s device has that covered, as it’s capable of whipping up four different kinds of froth. A hot, dense froth might pair better with some beverages, for example, while others will call for a lighter, cooler froth. Just push a button and Miroco will handle both demands with ease. Temperature control will turn the device off once the milk is heated, but do keep in mind that, while it is an ergonomically designed mug, it’s missing a handle, which may be a necessity for those who don’t feel as comfortable pouring out hot liquids.

If you want a good cappuccino or espresso every morning but you find you’re constantly in a rush, then HadinEEon’s electric frother has the much-needed cure. The device can make hot or cold foam in just one minute flat, making it easy to add that perfect foamy texture to your morning cup of coffee. It’s also relatively stress free to clean and use again, as it’s made of premium stainless steel and has an anti-stick coating. It even comes with its own cleaning sponge, which can clear off the container so that each cup of coffee is a fresh one.

Unlike mug designs, frother wands can be used in many different contexts: You can just as easily make milk in a mug into foam as you can milk in a tall glass, so long as you’re careful. In other words, you’re not bound by any set shape or capacity. PowerLix’s frother is a good example of this—it’s even battery-powered, so you won’t have to worry about plugging it in and charging it every night after you use it. Lightweight and ergonomically designed, it’s not as easy to use as a mug model, which offers more control and less opportunity for splashing, but it’s a great, compact tool to have around the kitchen for coffee lovers.