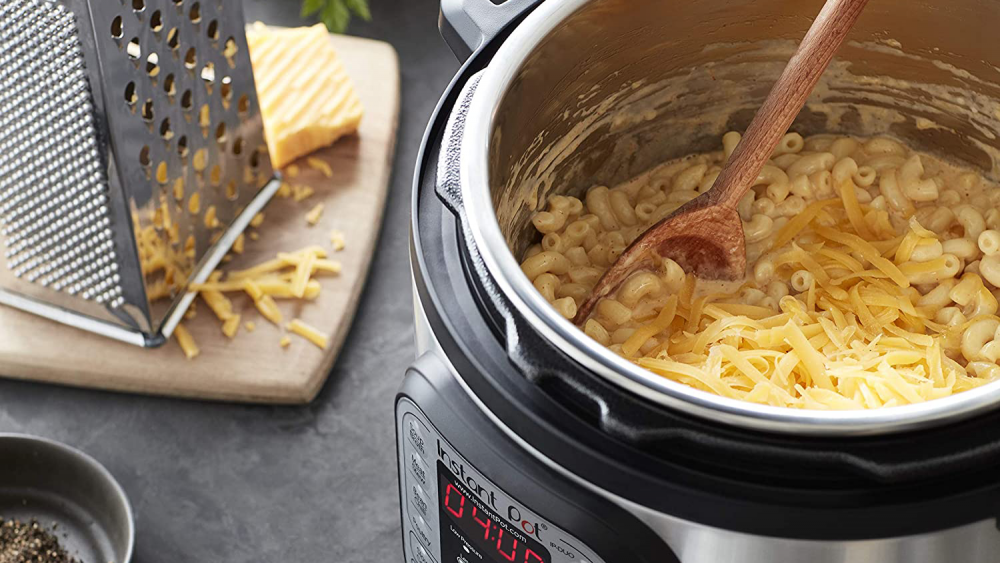 When it comes to kitchen appliances, a multi-cooker is one of the most versatile tools one can use. These high-tech pots make boiling, pressure cooking, and steaming foods a breeze, so you can make all kinds of different meals with just one device.

Of course, different multi-cookers offer different functions—and they weren’t always so advanced. The term “multi-cooker” was originally used to describe appliances that would cut down on gas bills in the 1920s, but now, they’ve evolved into bona fide multi-purpose electric cookers. They’re especially ideal for novice chefs, as multi-cookers make preparing foods like meat a cinch. Unlike cooking on the stove, a multi-cooker won’t require your full attention, so you can prepare other things in the kitchen while your main course cooks in the background.

Plus, these compact cookers will help you save on space, as they’ll keep your stovetop from filling up. Here are four of the best on Amazon.

Ninja is perhaps best known for its blenders, but it knows how to turn out a high-quality multi-cooker, too. This nifty appliance, known as the Ninja Foodi Deliux, makes cooking delicious meals for a large family a breeze. The extra-large ceramic pot has a capacity of 8 quarts and can easily hold a large 7-pound chicken to feed the fam. Like a true multi-cooker, it has nine different functions that run the gamut from baking and roasting to searing and steaming. You can even “air fry” in this beast. Most of the parts are also dishwasher safe for easy cleanup.

Fisler’s multi-cooker is a cut above the rest by virtue of its many different settings. With 18 cooking options in total, you can steam, sauté and ferment all of your favorite foods with just the touch of a button. It’s also made of sturdy stainless-steel with a high level of corrosion resistance. Plus, the base is made of three layer with an aluminum strip in between. The interior pot can also be easily removed and placed in the dishwasher for cleaning when you’re done using it.

A list of the best multi-cookers would be incomplete without the Instant Pot. It’s the first multi-cooker that many think of, after all—and for good reason. The Instant Pot is an apt pressure cooker, steamer, rice cooker, yogurt maker and more, though it doesn’t have quite as many built-in functions as other multi-cookers out there. It can hold up to 6 quarts worth of food, and claims to speed up the cooking process by 70 percent. And if you’re new to the multi-cooker game you can download the Instant Pot app, which has hundreds of recipes, to get started.

It’s a well-known fact that multi-cookers are a great device for beginners chefs, but few come with all the accoutrements you’ll need to use them effectively. Mealthy’s does, as it includes a stainless-steel steamer basket, a trivet, two silicon gaskets, silicon mitts, a ladle, a rice paddle and an eight-ounce measuring cup along with your pot. The multi-cooker itself isn’t anything to scoff at either, as it comes with 33 preset programs baked in. Plus, you’ll have access to a website that contains recipes aplenty upon purchase, should you need any additional guidance.