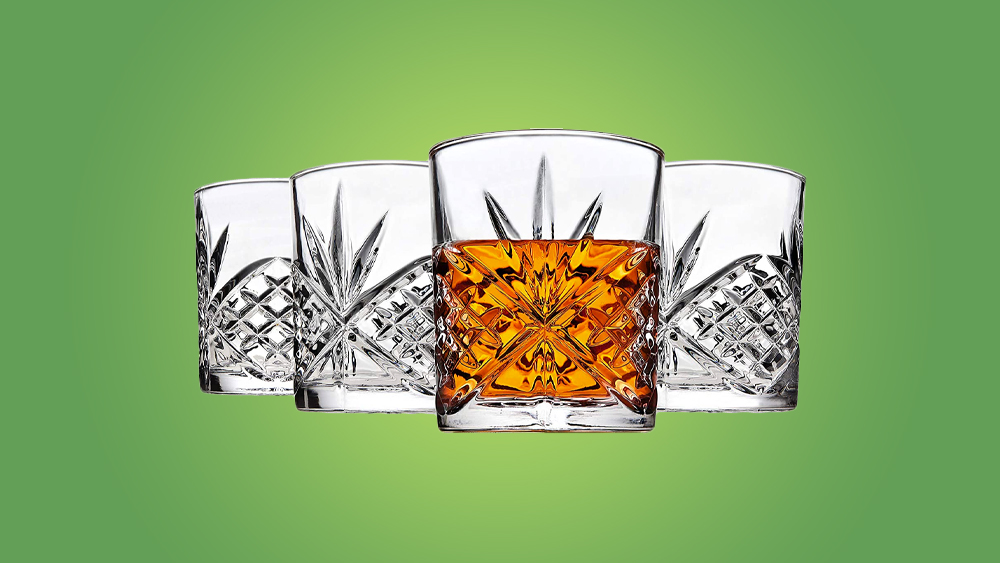 In an episode of Mad Men, Don Draper sneaks away from Roger Sterling’s Kentucky Derby party in need of a stiff drink to get him through the proceedings. At the venue, he finds a bar and asks the man he thinks is the bartender, “Can I get an Old Fashioned?” The gent, who turns out to be Conrad Hilton, is  search of a drink himself. Taking matters into his own hands, Draper jumps over the bar, grabs two glasses and begins to mix the cocktail for both of them. “You look like you know what you’re doing,” Hilton says.

Draper is no stranger to strong cocktails. He’s an advertising executive in the ’60s, a smooth-talking lothario who wears the sharpest suits and orders the finest liquor. Of course he knows what he’s doing. Any man with the same kind of pedigree in that era was a fan. In fact, an Old Fashioned was said to have been invented at a gentlemen’s club in Louisville, Kentucky. Perhaps not by coincidence, the episode is titled “My Kentucky Home.”

Draper puts ice, bitters and sugar cubes into a lowball, before muddling those ingredients together. He then adds club soda and rye—only because standard bourbon isn’t available—and tops it off with an orange twist. His technique is effortless. But there is one very small aspect (aside from the rye) that he overlooked—the choice of tumbler.

Sure, any lowball with a sturdy base made for muddling and a wide mouth will work great. But in the taxonomy of barware, an Old Fashioned should be poured into a tumbler made of cut glass; it should be decorative. This makes sense, considering that the Old Fashioned is essentially a fancy version of whiskey, which means that the glass should fit the same bill.

As the king of cocktails, the preferred drink for mad men of any era, the Old Fashioned deserves a glass with more oomph. And if you’re in the market for a set to serve at your next gathering, check out 10 of the best below.

A little under a century before the Old Fashioned came into existence, George and William Penrose founded Waterford Glassworks, establishing themselves as purveyors of the finest cut glass. By the 1900s, the company transitioned to crystal, but still maintained the decorative qualities and attention to detail that initially gave Waterford renown. This legacy, as evidenced by this four-piece set, continues. Each tumbler is made of lead-free crystal and features an archetypal pattern, one that is synonymous with a finely-mixed glass of old fashioned. Essentially, it doesn’t get any more classic than Waterford, folks.

Marie Antoinette and her ill-fated time at the Palace of Versailles—a destination renowned for its fanciful, stately architecture—has inspired many brands throughout the generations. Michael Aram is one of them. But where others have riffed off the gilded rooms and halls of tapestries, the Aram, instead, has looked to the Hameau de la Reine, Antoinette’s rustic hamlet, particularly the bucket that the famed French queen carries around. This Old Fashioned glass, from the label’s Ivy & Oak collection, perfectly reflects this vibe. It’ll serve as a great talking point at a dinner party.

Godinger has been specializing in crystal since 1973. For decades, the label has refined its techniques, offering quality glasses with eye-catching designs. Case in point: this four-piece set, which features long, faceted cuts in a traditional starburst pattern for a truly classic feel. Each glass measures 4 inches high by 3.25 inches wide and holds 8 ounces of liquid. The lowball is also heavily weighted at the bottom, guaranteeing a sturdy, measured sip every time. Even when you’re not drinking, this set is so chic that it works as a showpiece in your bar or drinks trolley.

Riedel’s Old Fashioned glass is specially designed to be bartender friendly. It was, after all, created in partnership with Zane Harris, a beverage consultant and spirits specialist. Some features include a wide opening that can fit large ice cubes, a weighted bottom and indented etchings that makes measuring super convenient. And if that isn’t enough, the two-piece set is also dishwasher-safe.

An Old Fashioned is traditionally served in a sturdy, decorative lowball. Rialto, a Venetian label celebrated for its vibrant collections, has characteristically taken this sentiment a step further. Its set is indeed sturdy and decorative, but instead of using standard cut glass, the label has painted the exterior in a selection of four eye-catching shades. Though modern in appearance, the design is inspired by the iconic arch bridges that line the waterways of Rialto’s home city.

Buy Now on Design Within Reach: $60

No roundup on barware is complete without the mention of Baccarat. The French brand has been in business since 1764, offering the kinds of intricate designs that spark imagination and are sought after by collectors. Living up to this reputation are these Beluga tumblers, envisioned by Baccarat’s in-house designers, Gilles Rozé and Yves Savinel. Both men are celebrated for taking geometrical shapes and creating different perspectives that refract lights in fresh ways. These are the kind of lowballs that heighten the drinking experience.

Fortessa’s glasses are noted for their texture and bright colors. The brand creates modern designs that also have an heirloom quality. Prime example: this six-piece set in an array of effervescent hues that feature a beaded surface, which is inspired by treasures uncovered in Parisian flea markets. Not only will it spark conversation, but it’ll also hold a good amount of liquid.

You’ve just hit the slopes, flushed from the cold hair. You’re enraptured by your surroundings, the clear brisk skies and the picturesque mountain view. You’re also ready for a stiff drink, preferably a glass of whiskey or an Old Fashioned. This means standard glasses won’t cut it. You’re going to want this set from the aptly named Whiskey Peaks, which features a raised topographic impression that perfectly reflects the majesty of a mountain top.

Many brands have storied histories, but Saint Louis Crystal is undoubtedly the oldest of the lot. Since 1586, almost two centuries before others on this list, the company has been manufacturing crystal glasses, the types of pieces that last the long haul. It has stayed in the game for centuries, primarily because it continues to change with the times, offering top-quality designs that are always de rigueur. This four-piece set, for example, is inspired by Versailles. Like Michael Aram (see above), it takes the essence of the ornate palace and modernizes it. The glasses feature different patterns that are as rich as they are sleek.

If you want your glasses to really shine, Dorset has just the thing for you. The brand offers a four-piece set, all made from lead-free crystal, that features hand-cut fluiting. The way the pattern is designed will refract any glimmer by triple, giving your Old Fashioned the sparkle it deserves. Speaking of triple, each glass can hold up to 15 ounces, which means you’re able to show off your cocktail for a much longer time.