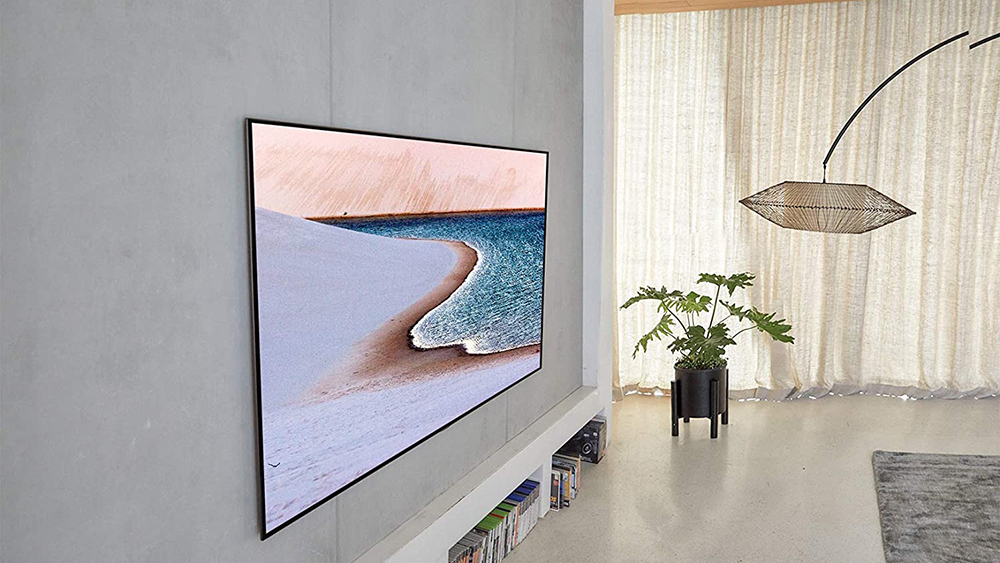 By now, you’ve likely come across the acronym “OLED” when researching new televisions. It stands for Organic Light Emitting Diode, which is essentially technical lingo for a new type of screen technology. OLED TVs are believed to have significantly better color and shadow accuracy compared to their LED counterparts. This makes them a great pick for home theaters, lounges or dens.

OLED TVs utilize an organic, carbon-based material that glows when exposed to electricity. This means the screen creates light depending on how much electric current you send it. OLED TVs also have the power to control each discrete pixel, rather than illuminating sections of the display.

The flip side is that OLED TVs are generally less bright than LED TVs. They also have the risk of burn-in if they’re constantly exposed to static elements, such as a health bar on a video game, for instance. However, this won’t be an issue for those who tune in to varied programming.

OLED TVs are now becoming more widely available and cost a lot less than they used to, so it’s the perfect time to buy. Here, four of the best models currently available on Amazon.

LG actually invented OLED technology, so it’s no surprise South Korean electronics giant topped this list. Its OLED TV is built around a third-generation a9 processor that ensures apps launch quickly and your overall viewing experience is nice and smooth. This TV is also great for gaming as it promises high refresh rates with less lag for more responsive gameplay. When it comes to picture quality, the 65-inch model delivers crystal-clear 4K with perfect blacks and bright colors. It also has HDMI ports and USB ports, so you can connect media.

Whereas our top pick focused on speed, the runner-up delivers on picture quality. Designed by LG’s rival Sony, this 65-inch OLED comes from the “Master Series” line and has been built specifically for movie and TV viewing. It features a 4K Triluminos display with “supercharged” pixels that offer vibrant hues to complement the perfect OLED black. This means you can see every film or show just how it was originally intended. The TV is also equipped with Sony’s best processor for seamless operation. Again, you’ll find USB and HDMI ports, along with voice control.

The second LG OLED TV on this list is, quite literally, a work of art. Dubbed Gallery, it has been engineered to resemble a painting hanging in the MoMA or Louvre while not in use. The bezel-less design is impossibly thin and mounts to close the wall. At 55 inches, this model is smaller than the top two TVs on this list but packs all the requisite tech features, including a speedy processor, 4K resolution, voice control and USB/HDMI ports. Of course, its greatest drawcard may be its ability to look nothing like a TV at all.

Consider this a smaller sibling to the Sony OLED TV that claimed second place on this list. At 55 inches, it’s not exactly small but hogs less wall space than bigger competitors. This makes it a great option for smaller home theaters and a perfect entry point if you’re getting your first OLED TV. Like the 65-inch design, it’s part of the Bravia line and offers stunning 4K clarity. It too works via voice control and can connect to Google TV to give viewers access to more than 700,000 movies and TV shows. This telly is ideal if you’re shopping for something not too imposing.