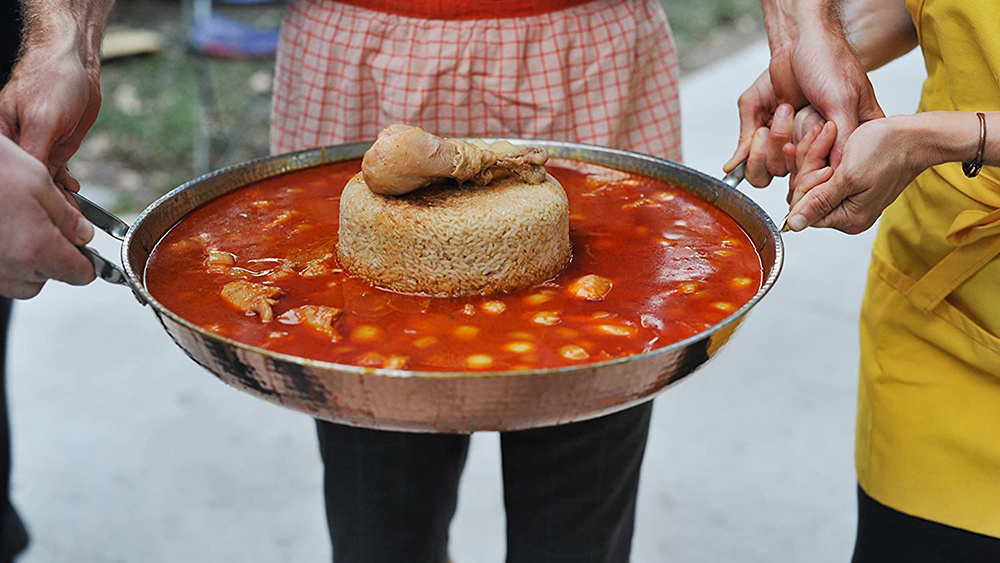 Some foods require a specific piece of cookware to get just right. This is especially true of paella, a dish that draws its name from the wide, shallow pan in which it’s cooked.

And few dishes are more associated with a country than paella is with Spain. In fact, those who have visited the country, and even plenty who haven’t, view it as a national dish. Paella is a mix of short grain rice, saffron, vegetables and meat. It was invented in Valencia in the 10th century but has since proven to be so popular that different regions in Spain have put their own spin on it. But regardless of whether yours features shrimp, beef or something even more playful, there’s one thing that unites all paella: the pan that it’s cooked in.

So, if you’re craving some paella and want it done just right, know that you’ll need a dedicated dish. Here four paella pans that are sure to satisfy you.

Sertodo Copper’s paella pan is an outlier on this list as it’s the only one to be crafted from, you guessed it, heavy-gauge copper. As a result, it has superb conductivity. This means it can rapidly heat up and cool down quickly for precision cooking. Not to mention, it looks good, too. The pan has a striking hammered finish along with an eye-catching shine. The interior, meanwhile, has been lined with tin and is naturally nonstick. Spanning 18 inches, the pan can serve 10 to 12 people. It’s also fitted with stainless steel handles so you can easily transfer it to the table.

Imported directly from Spain, Garcima’s pan is made from sturdy carbon steel. This, along with its hammered dimpled bottom, allow it to conduct heat quickly and evenly so that you’ll have more control over the cooking process. Though thin, the pan is very rigid and works excellently over either a burner or open fire. It does require some maintenance, however, as you’ll have to dry it quickly after washing to prevent corrosion.

Looking to make loads of paella for a backyard party? Then this generous polished-steel pan is the pick from you. Produced in Spain, this giant pan has a diameter of 35.5 inches, meaning you should be able to whip up enough paella to feed up to 40 people. Of course, a pan that big can also be unwieldy. Luckily, La Ideal thought about that, and equipped the pan with four red handles so that someone can help you maneuver it.

This pan is a thing of beauty, with a striking polished and hammered aesthetic. But as nice as it looks, its performance is even more noteworthy. That’s because it’s made from five-ply stainless steel that evenly distributes heat throughout the pan, giving you more control than other pans. The resulting paella will make you feel like you’re in Spain.