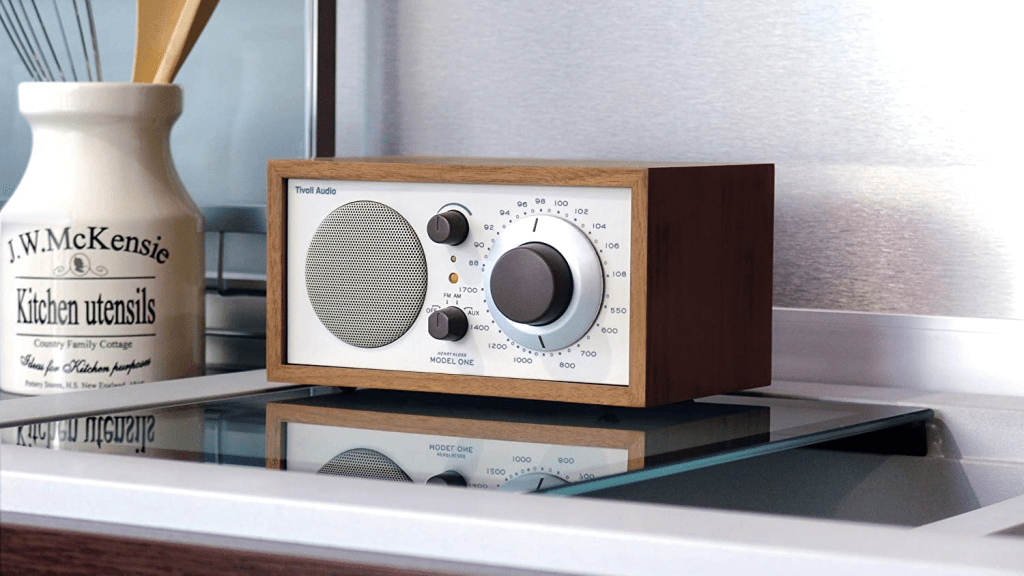 No, the tabletop radio isn’t extinct. There have been plenty of audio innovations over the years, yes—wireless headphones and big, powerful speakers among them, but there’s still reason to invest in a good old-fashioned radio, namely that they marry premium sound quality with vintage aesthetics.

The first thing to consider when purchasing a tabletop radio, is, namely, sound quality. You’re going to be using it to listen to music after all, so you’ll want something that with high fidelity audio. The second is perhaps less obvious—since these are pieces of technology designed to sit on desks, tables and counters, you’ll want them to look good. The best tabletop radios double as furniture, and add to the overall look of a space.

Not all are completely stuck in the past, either. Many modern tabletop radios have Bluetooth compatibility and include USB ports that you can use to plug in your phone. Here, four of the very best on Amazon.

Few tabletop radios are as smartly designed as Tivoli Audio’s famous Model One. Synonymous with midcentury modern design, it’s a timeless piece that looks great in almost any home. One big dial is used to tune to both AM and FM stations, and its one speaker produces sound with a surprising amount of clarity. Its aesthetics aren’t just for show, either—the radio’s walnut casing both gives the device a warm, stylish look to it and provides acoustically inert housing. The only downside? With no clock and no USB ports, it doesn’t have quite as many functions as other radios out there.

If you’re someone who listens to a lot of SiriusXM then, rather obviously, the brand’s Sound Station tabletop radio is your best bet. The device lets you listen to Sirius news, talk shows, music and more, and you can even pause, rewind and replay live radio. It’s worth noting that a SiriusXM subscription isn’t included with purchase, and you’ll need one to listen to these stations. You can also save 10 of your favorite channels via presets for easy tuning in, and set alarms. It isn’t the prettiest radio out there though, so those looking for something to put on their mantle may have to look elsewhere.

If you’re in the market for a new alarm clock for your nightstand as well as a new tabletop radio, then Jensen’s offering should be your go-to. There’s a large digital display for the time as well as a tuner for AM and FM radio, and you can set multiple alarms—there’s even a snooze function for those mornings when you need to catch a few extra z’s. The radio includes a USB port, too, for charging your phone at night, and you can even play CDs on it—if you still have any of those lying around.

Sangean’s tabletop radio is about as old school as you can get in terms of looks, but that doesn’t mean it hasn’t been tweaked with some more contemporary functions. In addition to its analog aesthetics, it has a USB charging port, Bluetooth connectivity and an auxiliary input. The radio’s exterior, meanwhile, is made of solid walnut—combined with its big dials and beige color palette, it’s a device that looks both new and old.