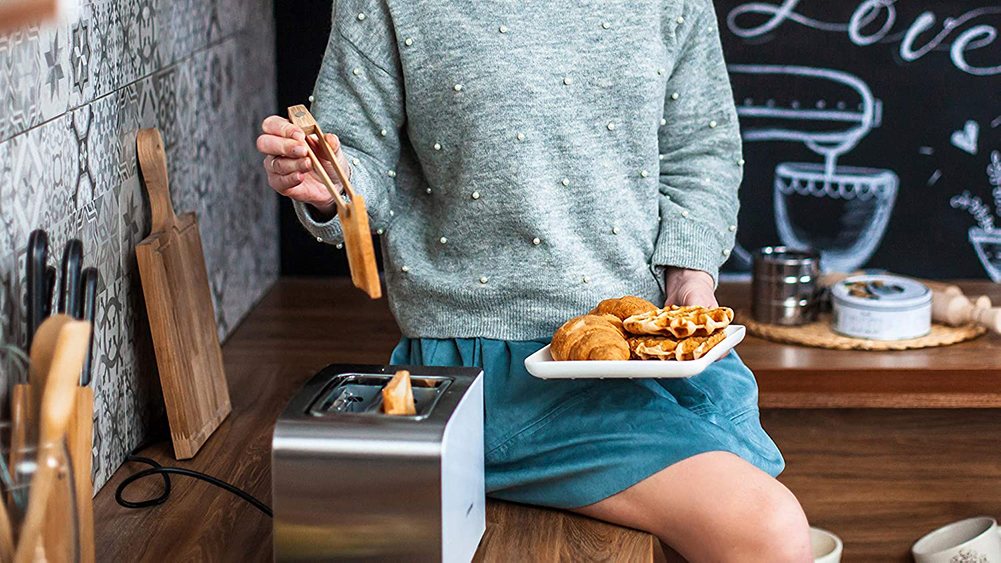 On the long list of things you should avoid doing, reaching your bare hands into a toaster to retrieve your crisped bread is pretty high up there. Thankfully, there’s a utensil for that. Enter the toaster tongs, an instrument that’s designed to help you easily snap up your bread.

Most toaster tongs are made of bamboo so that they won’t conduct any heat or electricity. They also have a long reach, so you won’t risk getting burned while retrieving your morning bread, bagel or English muffin. Nor are they for one thing and one thing only: A good pair of toaster tongs can be used for serving salad or for flipping meat that you’re cooking on the stove.

So, if you’ve just bought a new toaster and are struggling to retrieve your crispy bread sans burns, then it might be worth picking up a pair of these versatile instruments. Here are four of the best.

This pair of tongs will quickly solve any problems you may be having retrieving your toast. They’re also easy to wash after you use them and are built to last. Made of bamboo, they won’t get hot or conduct any electricity from your toaster, so you’ll be safe either way.

Cons: A bit thicker than other tongs, so they may not fit every toaster.

It never hurts to have a backup. That’s why this set of toaster tongs is a good idea, as you get a matching pair, in case the first happens to break. That won’t happen to easily, though, as they’re made of a solid bamboo. The tongs are ergonomically designed to easily pluck bread and bagels out of the toaster, though you can use them for other tasks around the kitchen.

Pros: Two great toaster tongs for the price of one.

Cons: Won’t open as wide as some tongs, limiting their versatility.

If you’d like to put even more distance between you and your toaster, then this set of bamboo tongs is the pick. Measuring at 9.5 inches, their reach is a fair bit longer than other tongs on the market. Just make sure to handwash them appropriately, as running them in the dishwasher will cause the wood to dry out.

Pros: A longer reach than most other tongs.

Cons: Even more spare in design than other toaster tongs, which is saying something.

There’s no denying the convenience of toaster tongs, but their bulky size means they’re not always the easiest thing to stash. With these handy tongs, that will no longer be a problem. A magnet at the base makes it easy to hang from your refrigerator or any other metal surface in the kitchen so they won’t take up extra space in your kitchen drawers.

Pros: Magnet at the base makes for easy storage.