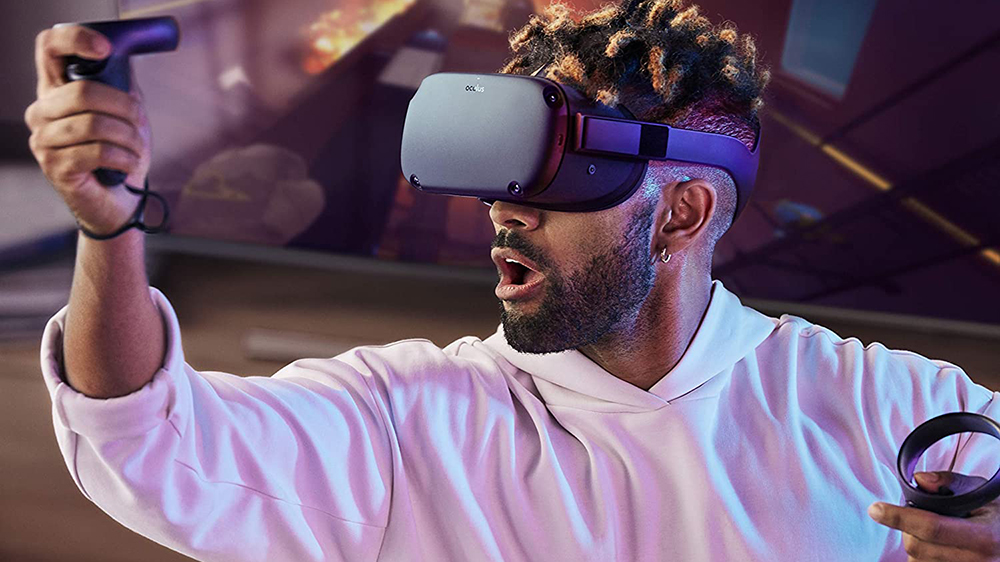 It may have taken a couple of decades, but the virtual reality headsets so commonly featured in the science fiction movies, TV shows and books of the ‘90s are finally real and accessible. Sure, VR isn’t quite where William Gibson or Neal Stephenson expected it to be by now, but we’re getting closer.

And while you can’t fully live your life online just yet, the worlds of virtual entertainment and gaming have expanded by leaps and bounds with each passing year. Thanks to companies like Oculus and HTC, you can get closer than ever to the blockbuster movies and Triple-A games you love. What’s more, the rigs may share some aesthetic similarities to their fictional ancestors, but they’re nowhere near as heavy or bulky.

In other words, there’s never been a better time to take the plunge into the world of VR. Here are four sets that will allow you to directly interact with all those pretty pixels.

The Vive Pro Eye headset comes with a healthy suite of gaming options, but it’s good for much more than just blasting aliens out of the sky. Featuring HTC’s precision eye-tracking tech, high-res display and foveated rendering capabilities, the headset has a number of commercial purposes, including showing off simulations of your creations to potential clients. If you’re a gamer, though, prepare for the price to double if you want all the optional controllers and peripherals.

Some VR headsets need to be plugged into a computer or a video game console. Not the Oculus Quest All-in-One, though. The company has managed to fit a whole gaming system in one sleekly designed and light-weight headset. The set also comes with Oculus’s award-winning Touch controllers, so you’ll have everything you need to game right away. Usable in environments big and small, the Oculus Quest All-in-One also includes sensors that make sure you don’t run into, or trip over, anything while beating that next boss.

Samsung’s VR headsets have come a long way since the old days when you had to slide in your Galaxy smartphone to use as a display. Now the company makes full-featured VR systems with hi-res display and premium audio systems, like the HMD Odyssey+. Though you’ll need to plug it into a PC running Windows 10, the headset will give you access to Microsoft’s extensive catalog of VR games and experiences. Plus, its mixed reality capabilities and included controllers will allow you to interact with the real world like never before.

Perfect for die-hard gamers, Pimax’s headset has been ergonomically designed to support all-day VR sessions. The lightweight design tips the scales at just under 18 ounces and features a newly designed “comfort kit,” including a nose guard, face cowling and soft face foam. That means it’ll keep you comfy (and entertained) for hours on end. As for performance, the device offers an ultra-wide field of view of 200 degrees and supports ultra-high definition 8K video. Plus, it runs full frames at 90Hz and an experimental 110Hz for enthusiasts, which means whatever you play will be super realistic.