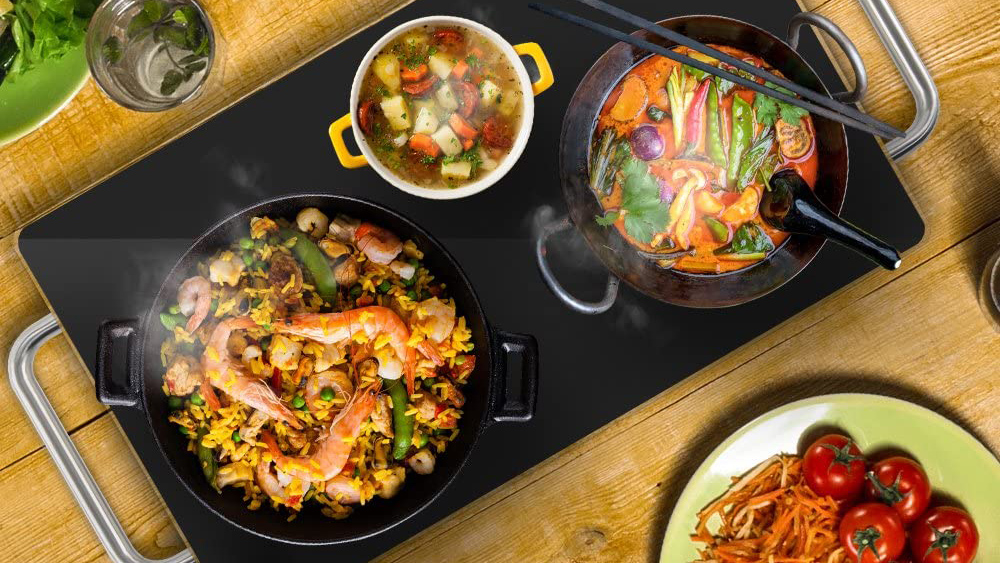 There’s a lot of planning that goes into a dinner party. But at the top of any host’s list is how to keep the different courses warm. Sure, you can leave them on the stove or in the oven, but what if you want to keep people gathered around the table? If that’s the case, you’re going to need a warming tray.

The warming tray is a piece of cookware that does exactly what its name promises—it keeps dishes from getting cold. It’s incredibly simple to use, too, as all you need to do is clear some space on the table, turn it on and place your dishes on top. But while its function may be pretty basic, not all the plates are created equal. You’re going to want one with an evenly heated surface, temperature control and a discreet design.

If you have a big gathering on the horizon, now’s the perfect time to invest in a warming plate. Here are four of the best currently available on Amazon.

Here’s the thing about warming trays—they’re far from the most stylish of household appliances. After all, it’s just a heated surface to keep food warm. Be that as it may, Salton’s model is about as visually pleasing as they come. It features a clean, modern, stainless-steel design that’s pretty low-key, all things considered. Most impressive of all, this one doesn’t need to remain plugged in while in use. Instead, you can connect it for eight minutes in order to get an hour of warmth out of it. Not bad.

Regardless of how often you intend to throw dinner parties or host a gathering, you’ll want a warming tray that can take a beating. Because of this Chefman has extensively tested its plate to make sure that it can withstand frequent use and can handle all manner of dishes and cookware, including plates, bowls, pans and pots. But the company’s tray isn’t just tough: It also has a temperature control that goes up to 265 degrees Fahrenheit. Plus the large, tempered glass heating surface is easy to clean.

NutriChef’s hot plate has everything you could want from a warming tray. It’s got a sizable heating area, sleek design, is energy efficient and easy to use. Operation is so simple, in fact, that the plate requires just five minutes to pre-heat the nonstick, tempered glass surface. Once it’s up and running, it can heat food up to 203 degrees Fahrenheit. You will need to keep it plugged in at all times, though, but that’s pretty standard as far as heating trays go. Finally, the model features large cool-touch handles that make it easy to carry and move around.

There are plenty of large warming trays on the market, but few are as big as Classic Kitchen’s model. The plate’s massive glass surface measures a staggering 24 by 20 inches. That means you may be able to keep an entire meal—not just a dish or two—heated up no matter how long your dinner runs. But the tray has more to offer than its outlandish size. It also features strong aluminum construction, and handles, making it easy to maneuver. Plus, the plate’s variable temperature control dial will allow you to heat it between temperatures of 110 and 230 degrees Fahrenheit.