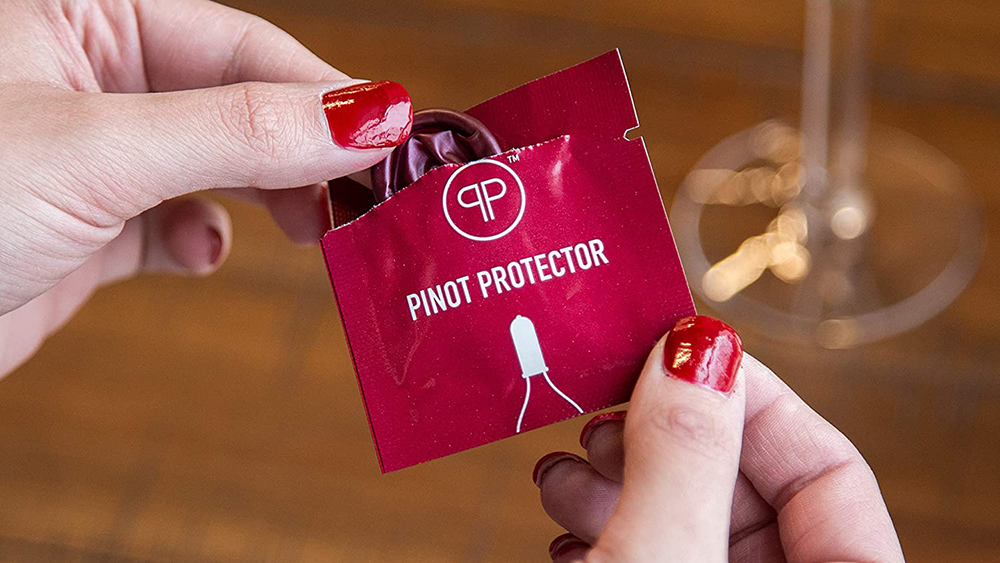 Even the most avid wine drinkers need to recork a bottle from time to time. While a glass of white will pair with your salad, you want to open a red for the steak course. But you still want to save the remaining wine from those bottles, because, well, it was really good. But you also need to prevent as much oxidation as possible.

But maybe you don’t want to break out the fancy wine tools, or possibly you’re traveling, and your Coravin is at home. The good news is you don’t need to bother trying to squeeze that cork back in. There are better ways to reseal your bottle these days. You can even use a rubber seal that’s akin to a bottle condom.

Wine condoms definitely get a few chuckles and smirks, but you’ll be surprised by how well they work. Crafted from food-grade latex, each one has an air-tight grip to keep your wine fresh.

Here, four of our favorites brands that are functional and have a sense of humor.

After a glass or two, talk of a wine condom is enough to make some adults giggle. Screw the Cork has leaned into this with its name, but the brand’s stoppers are no laughing matter. Each of the six stoppers included in each package is made from food-grade rubber and will seal the bottle so nothing leaks out. They’re reusable, too. Simply watch each stopper after you’re done, and it’s ready to be used on your next bottle.

The sheer volume of puns on the package is worth the purchase alone. Pinot Protector promises to “salvage a bottle if you pop the cork prematurely.” Each condom sits flush against the bottle’s rim, which means you can lay the bottle on its side in your wine fridge or cellar and it won’t leak. Plus, that airtight seal guarantees freshness.

It hard to add flair to a rubber wine stopper. That didn’t stop Wine Cap from trying. Unlike the other selections on this list, the brand’s set of eight stoppers come in four different colors (red, black, olive and orange). For those who like color coding, this gives you one more way to identify your open bottles. If that wasn’t enough, the stoppers are also easy to use and reusable.

Packaged in a glitzy gold-and-black wrapper, this scene-stealing wine condom has supposedly been purchased by a spate of celebrities, including Amy Poehler, Sharon Stone, Mila Kunis and Melissa McCarthy. Thanks to its cutting-edge, shrink-to-fit technology, the condom can create an airtight seal around nearly every bottle to prevent oxidation. Despite its star power, Wine Condoms are still relatively cheap. You can pick up six for just $15.