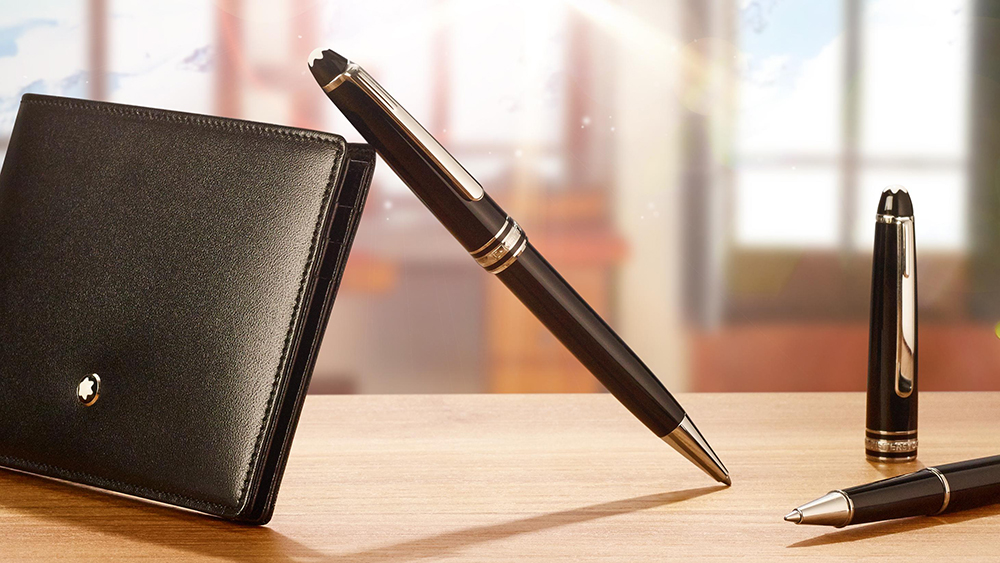 For those who value hand-written notes and the personal touch they deliver, a pen is as vital a component of a comprehensive style armory as a watch or a bag. But for those sorts of people, those sorts of pens are usually fountain pens, with handmade nibs of gold or palladium with often intricate decorations, occasionally handed down through the generations from white-whiskered fathers to ungrateful offspring. Those are not my thing. But that doesn’t mean that I don’t want a subtle, classy and elegant means of doodling on the back of random business cards (and sending hand-written notes) as much as the next person.

Montblanc is somewhat sprawling as a company, encompassing timepieces, leather goods, fragrances, tech and luggage, but it’s as a maker of what it calls ‘writing instruments’ that it’s best known. Within those instruments, its Meisterstück range (which means masterpiece in the company’s native German) is its premier line. While the fountain pens in this suite can run to $3,700, the rollerballs, which I favor, are a little more value-conscious (though those at the lofty end can still push close to $2,000).

The Meisterstück platinum-coated Classique rollerball ticks all my boxes: it is subtle, particularly in black, unshowy yet perfectly classy. The design is a bit of a lesson in less-is-more elegance–its only visible components are jet-black resin, the occasional platinum ring and clip, and the white Montblanc ‘star’ logo (which is not a star at all but a depiction of the snow-capped mountain, with its six valleys, from which the brand gets its name). It’s beautifully weighted when writing, both with cap ‘posted’ on the end or without.

My only critique, purely personal, is that I prefer a slightly thicker line, so I experimented with different refills until I found one that was the precise blend of Goldilocks (not too thick, not too thin; just right) that I was after.

Pleasingly, it has brought me back into the habit of hand-written notes, which I now dash off almost regularly. I was thinking of sending one to the good people at Montblanc but I’m sure they get plenty as it is. Written by people using fountain pens, I’ll bet.