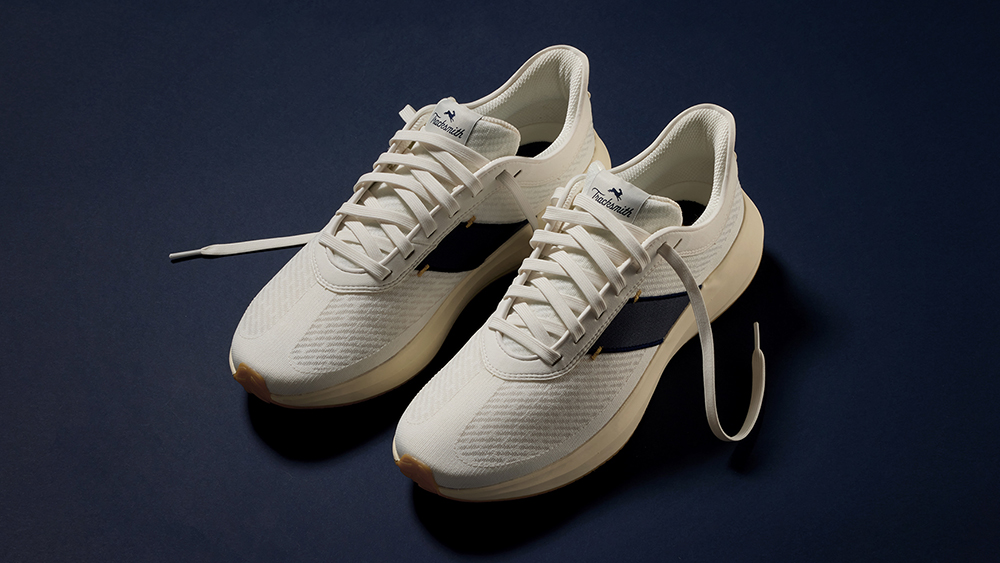 For close to 10 years, I’ve run three miles a day whenever possible. But in all that time I’ve given very little thought to my running shoes, other than replacing them every six months or so.

What can explain this uncharacteristic lack of interest in a product I used daily? For starters, I’ve found virtually all trainers to be so aesthetically unpleasing—obnoxious logos, overdesigned flourishes, garish Day-Glo color schemes—that my prime directive was merely to find the least offensive option among them.

Occasionally I felt I should try something new, but a visit to any brand’s website meant being confronted with hundreds of SKUs whose names read like serial numbers and whose descriptions were filled with enough capitalized names of trademarked technology as to be as indecipherable as hieroglyphics. In the end, I’d throw my hands up and reorder the same old.

This frustrating cycle was broken at last by Tracksmith, which debuted its first-ever running shoe at the end of 2022. Like the Boston-based brand’s running apparel, the Eliot Runner is most immediately distinguished by a tasteful, pared-back design that’s sorely lacking elsewhere in activewear. Its original colorway (which has just been joined by an all-black iteration) consists of an ivory mesh and microsuede upper marked by the most subtle of branding: a woven navy “sash” detail on each side recalling the brand’s signature singlet, and a simple racing stripe pull tab at the rear.

As praiseworthy as its looks are, the Eliot remains a trainer with a practical purpose. The shoe, which was designed to complement the widest possible range of foot types and running styles, is built around a 10mm foam footbed whose thickness is triple that of a typical trainer. That footbed, combined with a midsole made from the same material, forms a kind of “foam sandwich” that increases cushioning and allows for an extra-springy rebound.

Altogether, it made a difference I could feel while running in my new Eliots since the start of the new year. Where I’d have felt the frozen ground through the thinner midsole of my previous trainers, the Eliot absorbs the shock and leaves me with a nice “takeoff” effect when I again hit my stride. And most appreciably, the recurrent IT band issue that’s plagued me for months has yet to surface its head in 2023—a blessing that may be related to all that foam cushioning.

If there’s one downside to the Eliot, it’s that its pleasing appearance has extended my clothing-related OCD into a new frontier. Where I could have cared less about striking a puddle or streaking mud in my compromise trainers, I wince when the Eliot’s charming upper picks up dirt. That, however, is a me problem, which I trust will dissipate with the miles to come.