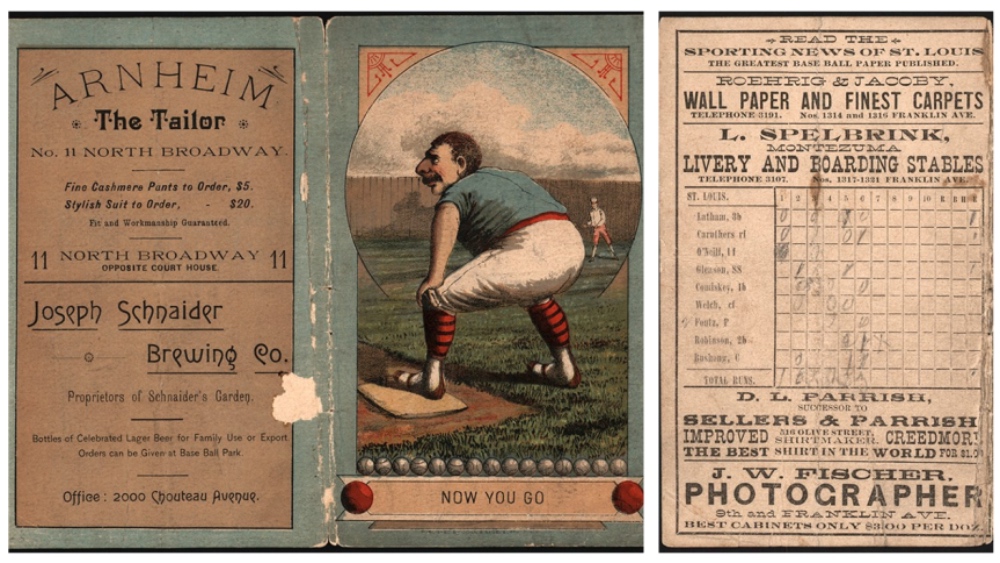 Take me out to the ball game—or rather the auction.

Baseball fans are in for a treat this weekend. A scorecard for the 1886 World Series game between the St. Louis Browns vs. the Chicago White Stockings has hit the market. New Jersey-based Leland Auction has a rare card for prospective buyers to place bids.

The game resulted from the first interleague postseason series between the National League and American Association, which would later come to be known as the “World Series.” Notably, Major League Baseball only recognizes World Series history dating back to 1903. Because of this, World Series scorecards from this period are extremely rare—even the National Baseball Hall of Fame, based in Cooperstown, New York, does not have a scorecard or program from this time.

The Browns won the title at Sportsman’s Park in six games; it was the only undisputed American Association championship over the National League. The present-day St. Louis Cardinals were founded six years later.

The previous owner of the card was a longtime collector living in the St. Louis area who had it in their possession for decades. The auction house claims the scorecard is in good condition with only a few small edge tears and creasing. It also includes penciled marking from an 8-5 win for the St. Louis Browns—one of four wins leading up to the 1886 World Series championship.

As of writing, bidding for the scorecard is over $7,500, but there’s still some time to add the rarity to your collection—the auction concludes on Saturday at 9 am CT.