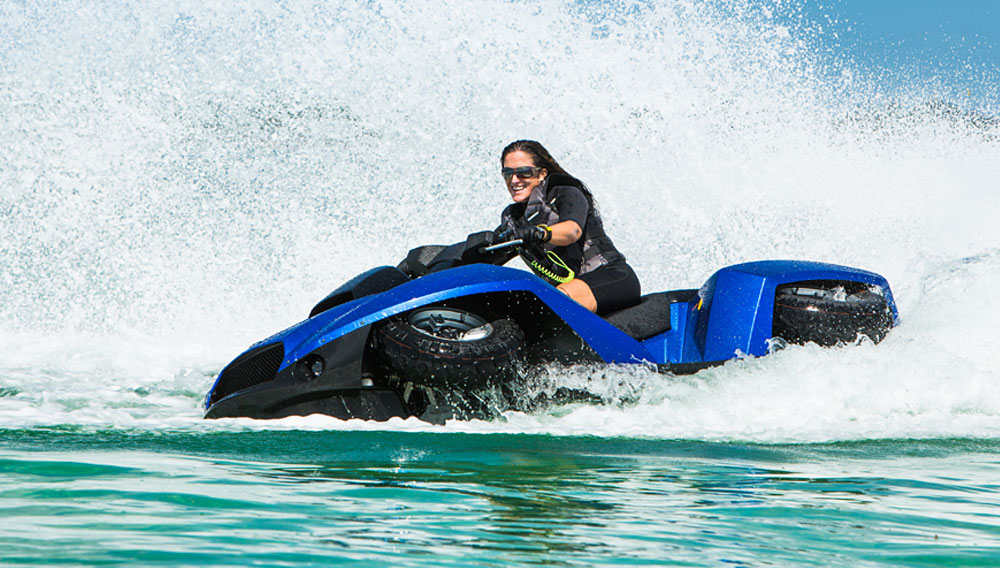 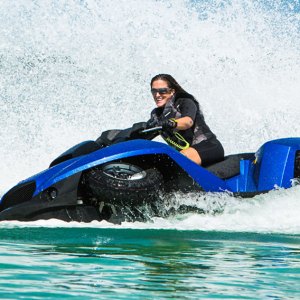 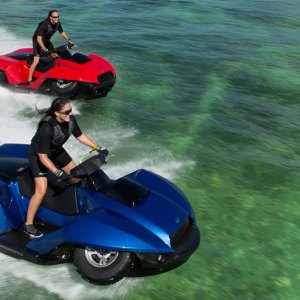 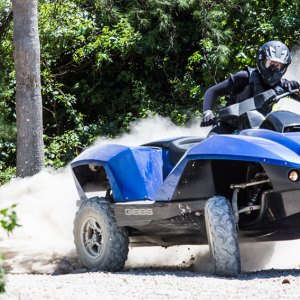 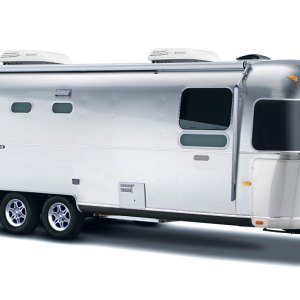 Just in time for summer, Robb Report presents a collection of toys—from artistic longboards to all-terrain vehicles to the latest in outdoor grills—to help make the most of the sunny season.

Bespoke Global, a Manhattan-based service offering consumers access to the wares of more than 80 top artists and designers, has introduced a line of kayaks and canoes crafted by the master shaper Nick Schade, a former U.S. Navy engineer. Schade’s previous watercraft designs have been put on display at the Museum of Modern Art in New York. His line for Bespoke Global, which includes rugged kayaks and oceangoing canoes, ranges in price from $9,000 to $37,000. (212.537.0112, www.bespokeglobal.com)

For almost 50 years, Roy Stuart has created buoyant works of art. It wasn’t until 2000, however, that Stuart—the Big Kahuna of handcrafted New Zealand wooden surfboards—completed his magnum opus: a custom wooden longboard dubbed the Dragon. While Stuart never offered the original Dragon for sale, he has now put the finishing touches on an enhanced version of that design, priced at $1.3 million. Nearly 14 feet in length and providing exceptional flex response, the empress-wood board is inlaid with a dragon in 23-karat gold with aquamarine eyes. Though certainly a piece of art in its own right, the board is fully functional; Stuart identifies it as his “most powerful and most rewarding all-around board over the full range of conditions.” (+647.8821.560, www.roystuart.biz)

The ultimate all-terrain vehicle, the Gibbs Quadski is part off-road four-wheeler and part personal watercraft. At the press of a button, this amphibious vehicle transitions from land craft to water toy in a matter of seconds. Priced at $40,000, the Quadski is able to achieve speeds of up to 45 mph in either configuration, a feat that, according to Gibbs, makes it the fastest commercially available amphibious vessel. Underneath the hood, a 4-cylinder BMW Motorrad engine produces 240 hp and powers both the wheels when on land and a jet-propulsion system on the water. (www.gibbssports.com)

In less-than-ideal surfing conditions, the electronic WaveJet surfboard comes to the rescue. Available in a range of lengths and styles—including body, short, long, and stand-up boards—the WaveJet is equipped with twin impellers (similar to those used on personal watercraft) on its underside that propel the board forward while increasing stability. Priced from $800 to $4,595, the WaveJet’s thrust is controlled by a wireless remote worn on the wrist. For those purists who desire a more traditional surfing experience, the board’s modular motors can be removed and replaced with blank pods. (855.541.5558, wavejet.com)

Released in February, the Pedego Trail Tracker carves out a unique niche in the cycling world. A combination of a fat-tire bike (a bike that employs oversize tires) and an e-bike (one that uses an electric motor to assist the rider), the Trail Tracker provides access to the world’s toughest topography while mitigating rider strain. Priced at $2,975, the Trail Tracker is equipped with a 600-watt motor and an impressive range of up to 30 miles. The bike’s 4-inch-wide tires allow the rider to pedal through inhospitable terrains like gravel, sand, or even snow. Though the bike’s beefy frame and oversize tires contribute to a weight of 68 pounds, this impediment is offset by the electric motor, which can propel the bike to 20 mph. (800.646.8604, www.pedegoelectricbikes.com)

Gastronomes need not confine themselves to the kitchen during the dog days of summer. This year, backyard-chefs can bring their expertly honed taste buds outdoors with two products from Michigan-based Kalamazoo Outdoor Gourmet. Kalamazoo’s $20,695 Hybrid Fire Grill enables maximum barbeque-versatility by allowing the use of charcoal, gas, or wood as fuel. The Kalamazoo Artisan Fire Pizza Oven, priced at $6,495, is constructed from stainless steel and uses either gas or liquid propane to produce perfect Neapolitan-style pies. (800.868.1699, www.kalamazoogourmet.com)

Road warriors rejoice—the comfort and style afforded to the finest Italian megayachts have come to America’s highways and byways. Created in collaboration with Officina Italiana Design—whose chief designer, Mauro Micheli, previously held the same post at Riva Yachts—the Airstream Land Yacht incorporates luxury accoutrements never before seen in a travel trailer. With sleeping room for up to five people and furnishings including teak flooring, leather adornments, LED lighting, and a queen-size bed, the Land Yacht evokes the elegance of life at sea. Production begins this month, with deliveries following soon after. (937.596.6111, www.airstream.com)

In recent years, the Brammo Empulse motorcycle has made a name for itself on the racing circuit as an electric sportbike that can compete with the gasoline-powered big boys. In fact, earlier this year, the American Federation of Motorcyclists homologated Brammo’s bikes to compete in its racing series along with traditional gas superbikes. Now, a new street-legal version of the racing bike, the Brammo Empulse R, is offering performance comparable to that of its forebears, but in a carbon-neutral package. True to its racing roots, the $18,995 R is outfitted with weight-saving carbon-fiber components, including front and rear fenders and lighting housing. Thus equipped, the bike’s motor delivers 54 hp that propels it to 105 mph. The Empulse R’s lithium-ion battery can be recharged in 3.5 hours and offers an average range of 77 miles. (541.482.9555, www.brammo.com)