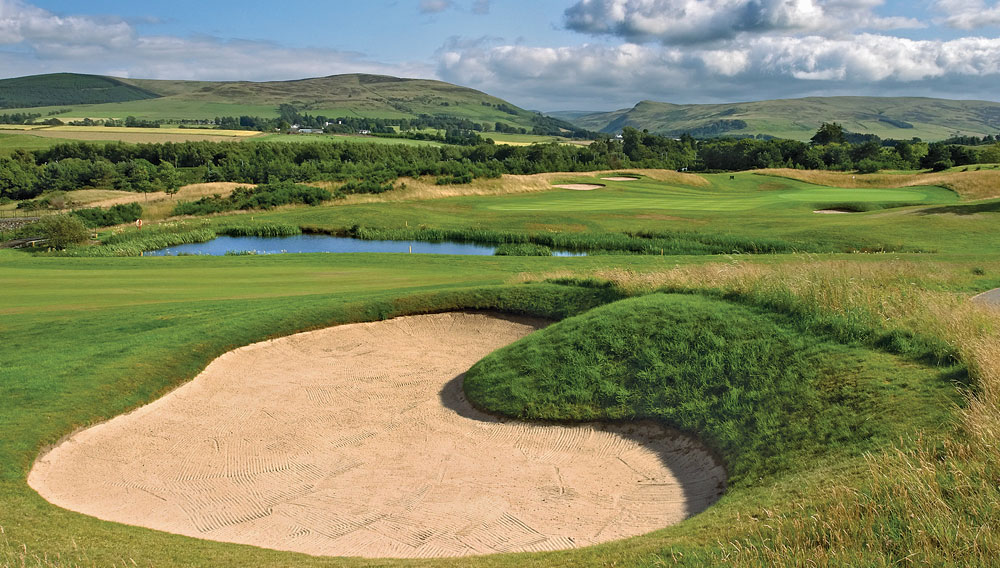 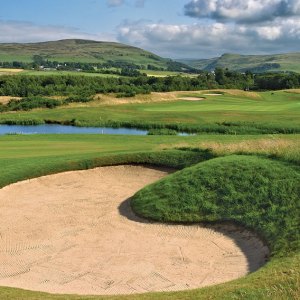 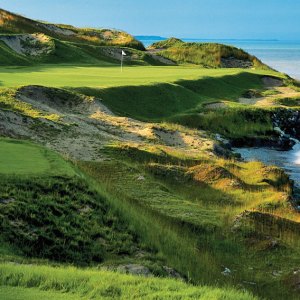 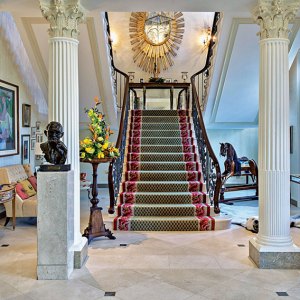 An 11-day golf trip for six guests to four Ryder Cup courses in the United States, Ireland, and Scotland, presented by Preferred Golf and hosted by the former U.S. Ryder Cup player and captain Dave Stockton.

VIP access to the 2014 Ryder Cup at Gleneagles, followed by a post-tournament round on the resort’s PGA Centenary Course.

Private-jet transportation throughout the trip, provided by Apollo Jets.

Custom golf luggage by Club Glove and attire by LinkSoul for each guest.

A trip by private jet to visit four of the world’s best golf resorts with five of your best friends could be construed as an extravagance. But like every great journey, this 11-day Ryder Cup–themed excursion mitigates any perceived excess with a bona fide educational component. “I would be totally disappointed if every one of those six people didn’t lower their handicaps by three or four strokes on this trip,” says Dave Stockton, the former PGA Tour star who, along with his son Dave Jr., will accompany this gift’s recipient and five guests on the journey. “With their swings and mentally, they’re going to learn how to play a whole lot better game of golf.”

Stockton, an 11-time winner on the PGA Tour, played in the Ryder Cup in 1971 and 1977, and he captained the victorious U.S. squad in the 1991 tournament at South Carolina’s Kiawah Island. Now one of the game’s foremost instructors, Stockton says that the courses for the biennial tournament—in which the top players from the United States and Europe face off in a match-play format—have a common thread. “With the Ryder Cup, they’re looking for drama more than anything else,” he says. “They want the excitement. They want someone making that eagle. So you set up risk-and-reward holes and let the guys go for it.”

Rewarding and memorable moments will be in ample supply for the participants on this trip. Created by Preferred Golf—a members-only division of the Southern California–based Preferred Hotel Group that specializes in golf travel—the journey will visit four current, future, and past Ryder Cup resorts: the American Club in Wisconsin, the Kiawah Island Golf Resort in South Carolina, the K Club in Ireland, and, finally, Gleneagles in Scotland, home of the 2014 tournament. Travel throughout will be provided by Apollo Jets, and the participants will stay in suites or private villas at each destination, including the K Club’s newly opened Straffan House, a 10-suite home with a private theater and swimming pool.

The trip will begin with a two-night stay at the American Club, where the golf will kick off with rounds on the resort’s two Pete Dye–designed courses, Blackwolf Run and the 2020 Ryder Cup venue Whistling Straits. The group will then head to Kiawah Island to play another Dye design, the Ocean Course, where Stockton coached the U.S. team to victory. A flight across the Atlantic will bring the golfers to the K Club, whose Palmer Ryder Cup Course hosted the tournament in 2006. After two nights at Straffan House—and rounds on the K Club’s Ryder Cup and Smurfit Courses—the group will travel to Edinburgh, Scotland, where the Scotsman Hotel will serve as their base for the final days of the adventure.

The trip is scheduled for late September to coincide with the 2014 Ryder Cup in Scotland. During the tournament, the group will be transported daily by helicopter from Edinburgh to Gleneagles, where they will enjoy VIP access to the event accompanied by the Stocktons. After the conclusion of the tournament, the participants will head back to Gleneagles one final time—to be among the first golfers to play the PGA course after the professionals. “You’re seeing the people in action on the golf course, and then you get to set foot on that course,” Stockton says. “It’s a once-in-a-lifetime experience.”

Included with the gift is golf luggage for each guest from Club Glove, as well as attire by LinkSoul, which will create custom shirts for two four-person teams. For each round of golf on the trip, the six guests will be mixed and matched in foursomes with the Stocktons. Both Dave and Dave Jr., himself a professional golfer and instructor whose clients include Phil Mickelson, will offer personalized lessons for each guest along the way—although not the lessons they are accustomed to back home. “People give lip service to golf being 90 percent mental, and then they work on their physical game 95 to 98 percent of the time,” Stockton says. “I’m trying to let people understand why they’re not playing the golf course correctly. They’re going to learn things they’ve never even dreamt about.”

With his focus on the mental game, Stockton sees at least one of the gift’s indulgences as an educational boon. “With most people you don’t get to get trapped in a private airplane for several hours at a time to talk this stuff through,” he says. “It will be a very exciting opportunity to have these guys for seven or eight days. They’re going to play some phenomenal golf courses, but they’re also going to get a lifetime of mental exercises to improve their golf game.”