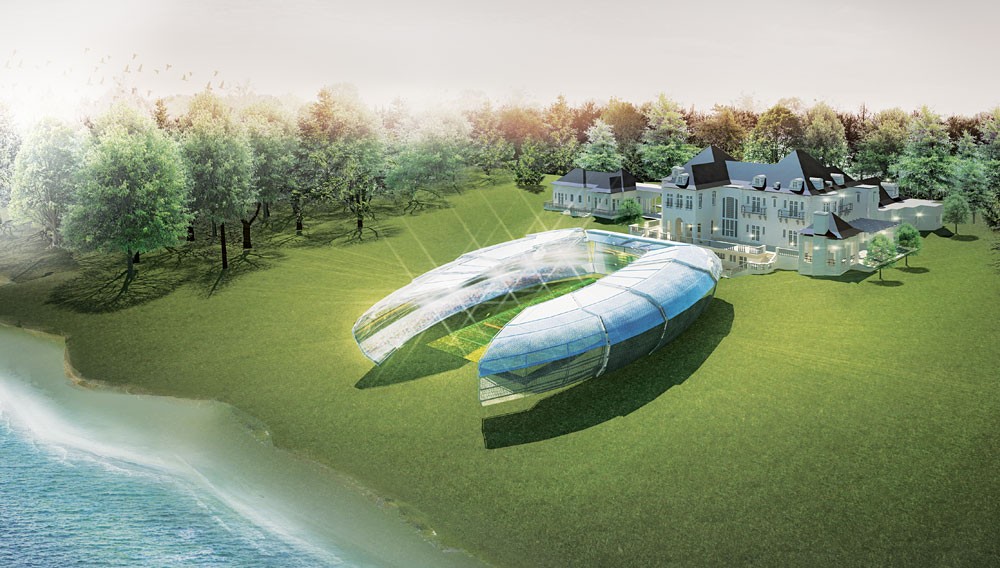 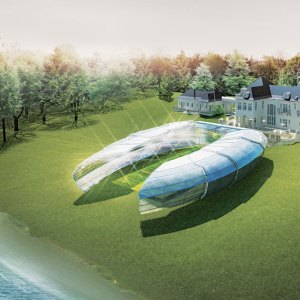 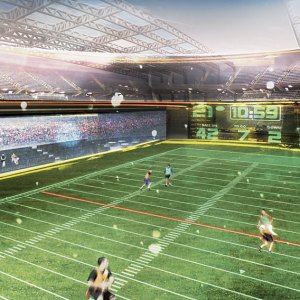 A personalized multisport backyard stadium designed by Populous, the firm behind the new Yankee Stadium, London’s Olympic Stadium, Oriole Park at Camden Yards, and dozens of other prominent sports venues.

Features include wraparound video screens that can create a backdrop depicting almost any professional-league sports stadium.

The stadium will seat about 100 spectators.

™The architects at Populous are accustomed to thinking big. The Kansas City, Mo.–based design firm’s recent projects include the new Yankee Stadium, and London’s Olympic Stadium and new Wembley Stadium. But for this gift, the team at Populous is thinking small—or at least smaller than usual. The firm has never made a backyard stadium, and scaling down will free the architects to create all sorts of delights.

Ryan Sickman, an engineer and associate principal at Populous, envisions a 40- to 50-yard playing field surrounded by LED screens that stand from 12 to 20 feet tall so that “you feel enclosed in the environment,” he says. Together the screens will project a backdrop that depicts almost any legendary sports venue, filled with digitally conjured fans. Want to play Wiffle ball at a sold-out Fenway Park, two-hand touch football at Lambeau Field, or soccer at Wembley Stadium? It will be virtually possible. “Is it doable?” Sickman asks rhetorically. “Yes. It just hasn’t been done before.”

Fiber-optic lighting embedded in the FieldTurf, the artificial-grass surface used at multiple NFL stadiums, will make the stadium a multiuse facility that instantly changes from one type of game field to another. Flip a switch, and the field transforms from a baseball diamond to a football gridiron, complete with team logos in the end zones. A professional-grade sound system will pipe in the cheers of Cheeseheads, the crooning of “Sweet Caroline” from Red Sox Nation, or the taunts of English football fans.

One side of the field will feature two or three rows of seating for about 100 people—essentially an oversize luxury box that can include a concession stand. Spectators also can try their hand at color commentary in the on-site broadcast booth; audio from the booth will be fed through the stadium’s sound system. “We’re not creating a stadium for 3,000, 4,000, or 5,000 people,” Sickman says. “This is a custom premium environment for a select number of people.”

Wind, snow, and rain machines can add even more authenticity to the playing and viewing experience, or Populous can design the stadium with a retractable roof so that weather is not a concern. Locker rooms with showers also can be included.

“One thing we did think about was the client having his buddies over for touch football in the fall,” Sickman says. He envisions the friends running plays while the surrounding LED screens are showing more than a dozen different live college or professional football games. “He could be surrounded by every big game going on in the country while playing touch football with his buddies,” says Sickman. “That’s pretty cool.”

The stadium will require at least 12 months to design and construct. The gift recipient must supply the land.