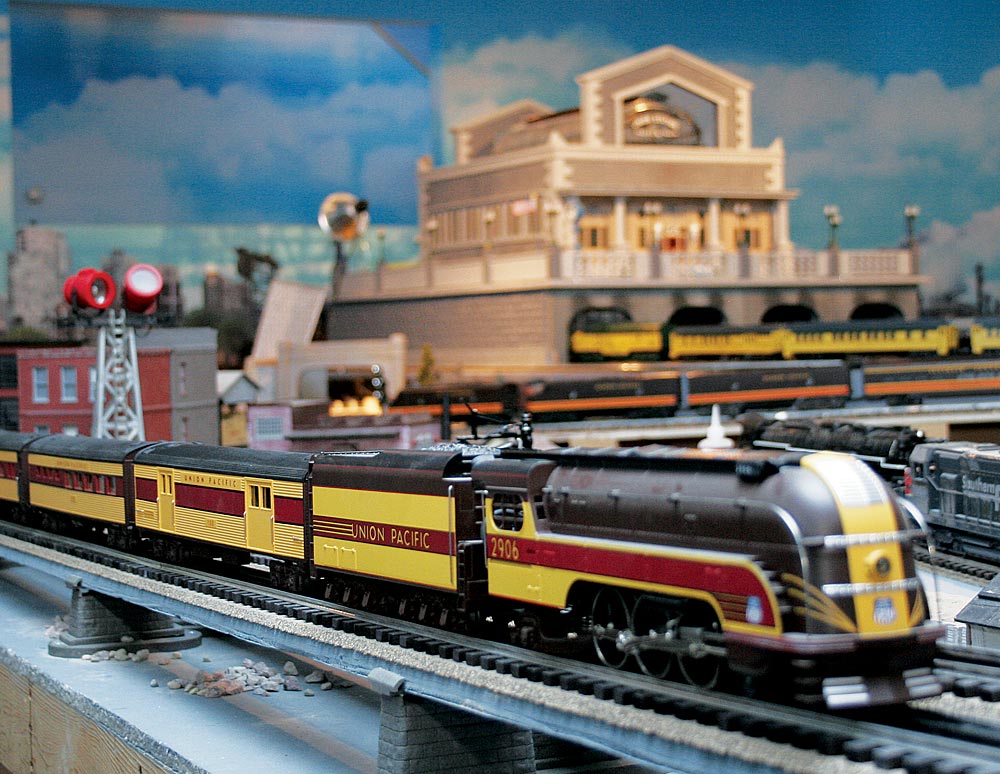 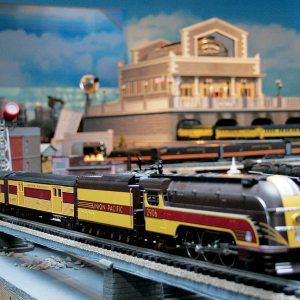 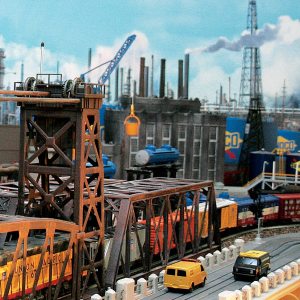 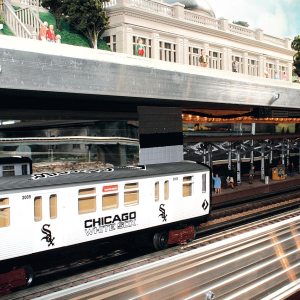 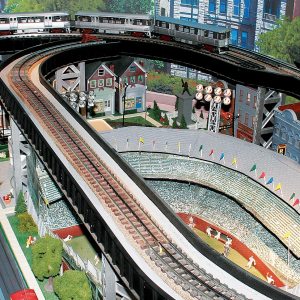 from the golden age of railroading.

A re-creation of landmarks, major cities, and stations

on the trains’ routes from New York to Los Angeles.

At least 32 train cars and at least 30 automated features

and spanning a 2,500-square-foot layout.

to display each train’s journey in real time.

In the 1940s, when Elaine Silets was just a young girl, her parents gave her a doll for Christmas and her older brother a brand-new model train set. It was not long before she tired of the doll (it did little other than wet itself) and seized control of the train from her brother, who, according to her, was far more interested in horses and model planes anyway. Thus began a lifelong love affair for Silets, who has since become one of the world’s most imaginative model-train builders.

Known as the “train lady” (a moniker she was given in the early 1990s by young guests of the Chicago Children’s Museum, where she built a model railroad on-site), Silets is offering one Robb Report reader the opportunity to purchase the ultimate model railroad from her company, Huff & Puff Industries. This $2 million, 2,500-?square-foot layout will re-create four of the greatest luxury trains of the early 1900s: the 20th Century Limited, the Burlington Zephyr, the Union Pacific, and the Santa Fe Super Chief (in its war-bonnet colors).

Silets calls the setup The Route of the Stars, because the four train lines featured in the model were popular among early-20th-century movie stars, who frequented the major rail lines during their travels across the country. As with her previous designs—which include a 2004 replica of the city of Chicago called Great Wandering Tree Railroad—Silets will devise at least 30 automated miniatures for the model, such as flowing waterfalls, functioning drawbridges, a drive-in movie theater with a working video screen, and rail stations with red carpet that rolls out for the passengers on command. (The 20th Century Limited line had red carpets at some of its stops, a practice that inspired the phrase “the red-carpet treatment.”) Each train also will have a miniature camera installed on top of the engine car to transmit video to one of four flat-screen televisions in a control center located in the purchaser’s home. The buyer will be able to watch the locomotives traverse their routes via the real-time video feed, which creates the illusion of traveling by rail through an actual landscape.

“One of the reasons I chose the Route of the Stars concept is somewhat selfish,” Silets admits. “I’ve always wanted to build this railroad. It symbolizes the heyday of luxury train travel in America.”