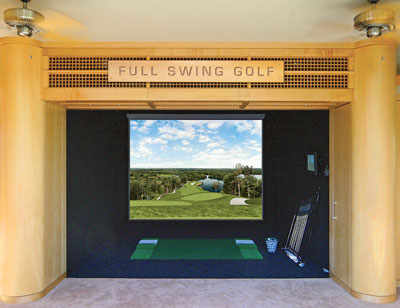 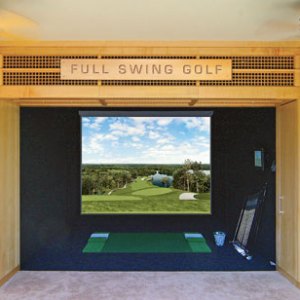 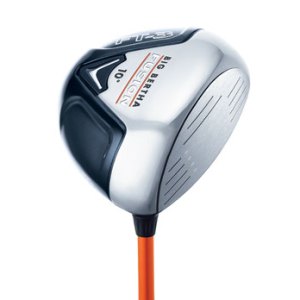 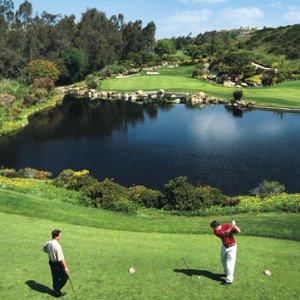 A golf makeover for four that begins with a custom club fitting at the Ely Callaway Performance Center in Carlsbad, Calif.

Seven return trips to the center for instruction, club alterations, and rounds of golf at the Four Seasons Resort Aviara, where your foursome will stay during each visit.

A round of golf with a Callaway PGA or LPGA tour pro.

A home simulator from Full Swing Golf installed at your residence.

While most of his peers impart their wisdom at resorts or private clubs, Randy Peterson spends his days confined to a gated research facility in a Carlsbad, Calif., industrial park. One could argue, however, that the 46-year-old golf instructor’s workplace is more compelling than any course. And few—if any—of his contemporaries can match Peterson’s understanding of the dynamics between the swing and the club. “How someone swings, how they deliver the club, has a big impact on what kind of clubs they need,” says Peterson, the director of fitting and instruction at Callaway Golf. “Whether you’re a 25 handicap or a tour pro, you want to get into the right clubs to play the best game you can play.”

In his role at Callaway, Peterson tests golfers—as well as a robot—at the company’s Ely Callaway Performance Center, a 15-acre facility that includes a driving range, indoor hitting bays, and some of the game’s most sophisticated swing-analysis technology. Peterson, who has been a PGA teaching professional for 18 years, evaluates the golfers’ performances with various driver, fairway wood, hybrid, iron, and wedge configurations. He applies his findings not only to the design of Callaway’s equipment, but also to the benefit of the golfers, who until recently consisted primarily of club testers and tour professionals. But when it reopened last summer after a renovation, the Performance Center began offering club-fitting sessions to outsiders, at prices starting at $12,500 per person.

Peterson utilizes the same technology and equipment during the club-fitting sessions that he does with Phil Mickelson, Annika Sorenstam, and other tour pros who play with Callaway clubs. The process begins on the Performance Center’s driving range, where Peterson observes as you practice with selections from Callaway’s club lines, which include Big Bertha Fusion FT-3 Tour drivers and X-Tour irons. He then leads you to the indoor bays, where cameras on the ceiling and walls capture multiple images of your swing, contact point, and ball flight. The images and accompanying software enable Peterson to measure the basics of each shot—clubhead speed, distance, loft—as well as more obscure but equally critical characteristics of your swing. “Regardless of whom I’m working with, the main things I look for are the path angle of the club [horizontal motion], the attack angle [rate of ascent or descent], the clubhead speed, and the impact location,” he says. “We might measure more parameters with Phil [Mickelson] than we would with someone who is less likely to deliver the club as consistently, but we’re looking at the same basic parameters.”Based on the data they collect, Peterson and his staff determine the ideal combinations of clubhead shape and weighting (adjusting the face’s center of gravity if, say, someone hits consistently off the heel or toe), shaft length and flexibility, and other factors that form a club’s design. They build your clubs on the premises that afternoon, and you can test your new set the next day at the nearby Four Seasons Resort Aviara Golf Club.

For the recipient of this gift, the Performance Center’s two-day club-fitting session will be just the first step in a yearlong golf makeover led by Peterson and other Callaway staff members, including Cleveland Golf founder Roger Cleveland, who will build your wedges. With each subsequent visit, Peterson will analyze your swing to gauge your progress and make any necessary adjustments to your clubs. “We’ll take your input on how you played with the equipment and how it worked on the course,” he says. “Even the pros sometimes swing differently on the course than they do on the range.”

The ultimate test of your game will come on the final visit to the Performance Center, when you will play a round of golf at the Four Seasons with one of Callaway’s PGA or LPGA tour pros. To help prepare you for the match, San Diego company Full Swing Golf will install a course simulator at your home. The 20-by-13-by-10.5-foot interactive practice system will allow you to hone your swing on representations of more than 50 golf courses, including the Pebble Beach Golf Links and the Old Course at St. Andrews.

MECHANICS OF THE SWING

No matter how much your golf game improves during your visits to the Ely Callaway Performance Center, you never will be a match for Big Bertha. The Performance Center’s swing robot, which is named for Callaway’s line of drivers, can generate clubhead speeds of more than 150 mph and hit the ball 370 yards in the air down the center of the driving range.

Callaway uses Big Bertha to perform what the company calls face-map tests, in which the robot strikes the ball repeatedly on more than 20 precise locations on a club’s head. Director of fitting and instruction Randy Peterson and his staff measure the ball speed, backspin, sidespin, and launch angle of the various shots to determine the quality of hits at the center compared to those off of center. (The truer a club makes contact at off-center locations, the more forgiving it will be for the golfer.) The company quantifies the performance of its clubs and balls—as well as those of its competitors—to gauge the effectiveness of its products and to aid in the development of future designs.

Callaway also uses Big Bertha to test its club-fitting technologies, which, the company claims, can measure the distances of shots taken in indoor hitting bays to within one yard of where they would fall on a course. As for shots longer than 370 yards, Peterson believes, at least with today’s equipment, the point is moot: “At speeds faster than 150 miles per hour,” he explains, “the golf clubs break.”