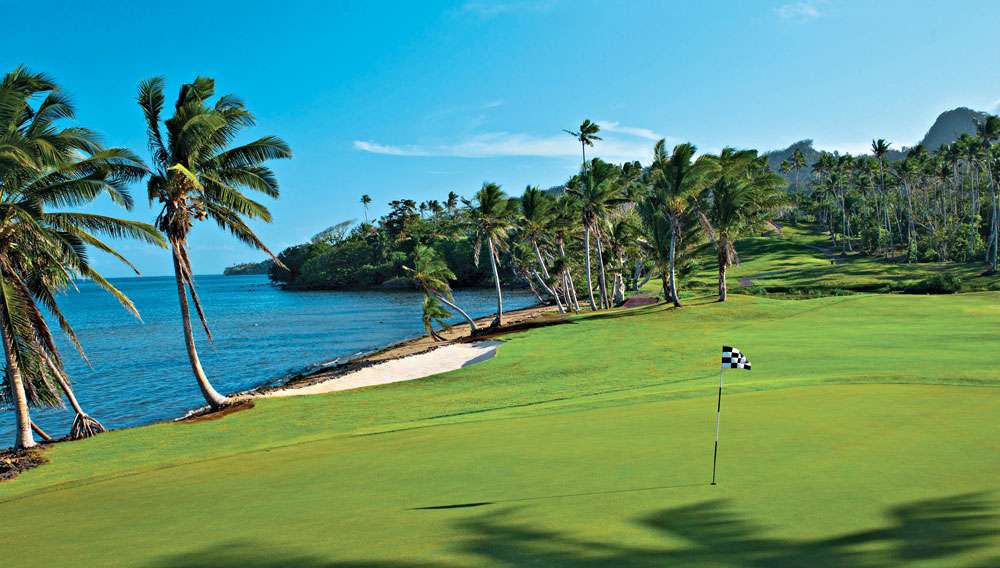 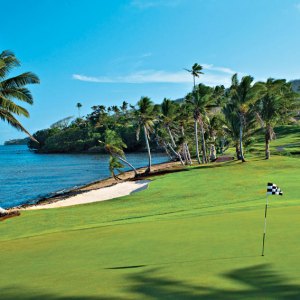 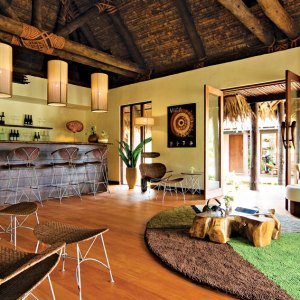 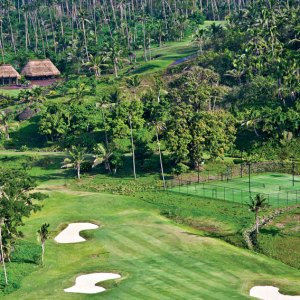 David McLay Kidd is known for his purist approach to golf-course design. The Scotsman, whose father was the longtime groundskeeper at the Gleneagles Resort in Perthshire, does not wrestle Mother Nature into submission—he flatters her into embracing his ideas as her own. He became an overnight sensation in the golf world when his first masterpiece, Bandon Dunes, opened on the coast of Oregon in 1999. Six years later, Dietrich Mateschitz, the Austrian founder of Red Bull, invited Kidd to lend his subtle touch to the exclusive private-island retreat he was developing in Fiji. “The owner told me he wanted a golf course, but he didn’t want to see it,” Kidd recalls. “He also didn’t want it to have any impact on the indigenous trees. It was a tough challenge.”

While a typical golf course covers about 100 to 150 acres, the design Kidd created for Laucala spreads over more than 300 acres—roughly one-tenth of the island. Kidd claimed the course from the jungle with the help of a dozen locals armed with machetes, who cut trails that revealed the land’s contours. He removed and composted thousands of coconut trees—the remnants of a failed plantation—to allow the native plants to flourish.

Opened in 2009, Kidd’s course at Laucala offers an exciting retreat within a retreat. “The west side of Laucala is an adventure,” Kidd says. “Golf is an excellent excuse to explore that side of the island. The golf course touches all of it in a very enthralling way.”

The course’s most unusual feature is its eighth and ninth holes, which cross over each other. Kidd was confident that the arrangement would work at Laucala because of the resort’s exclusivity. “There’s no danger issues,” he says. “You’re probably going to be the only one on the entire golf course, and if you aren’t, you’re going to know one another.”

The recipient of this gift will certainly not be alone on Kidd’s course; he or she will be joined by as many as 69 friends for a private tournament spread out over six days and five nights—when the group will have exclusive use of Laucala Island. Charter provider Air Partner will arrange for the group to fly round-trip from Los Angeles aboard an all-business-class Boeing 737 to the Fijian island of Nadi, where they will make the 45-minute transfer to Laucala. At the resort (see “Ultimate Private Islands” in Robb Report’s November 2011 issue), guests will stay in one of 25 villas, each of which has a backyard, a full-size swimming pool, a yoga pavilion, and butler service. ?

Nongolfers will not lack for entertainment at Laucala. In addition to a spa and several beaches, the island—roughly 85 percent of which is undeveloped—offers trails for exploring on horseback, on a mountain or quad bike, or by foot. Water-based pursuits include fishing, snorkeling, scuba diving, and sailing.

Guests who do golf will want to spend at least some of their time practicing before the main event. After all, the champion of the par-72 tournament will win a custom-built nine-hole golf course designed by Kidd, valued at $3 million. (This prize is an optional component of the gift, which is available for $1.4 million without the custom course.) Kidd, who will be present for the event, says he is happy to play in the tournament himself, but he suggests for the recipient of this gift a more advantageous option: pressing the course’s designer into service as the ultimate caddy. “I’d walk around the golf course, shot by shot, and use my Scottish wiles to help you win.”

Applicable taxes and fees are not included in the price. The price is subject to change based on airfare rates and fuel prices. David McLay Kidd’s presence is subject to availability. The tournament winner must supply the land for the nine-hole course.