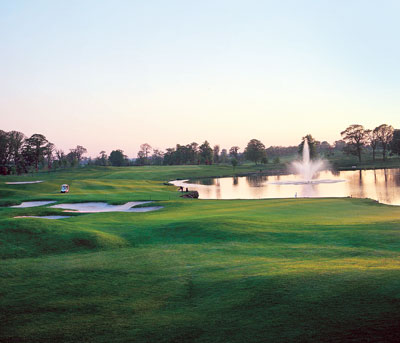 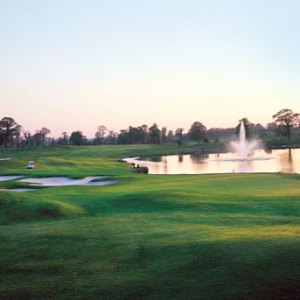 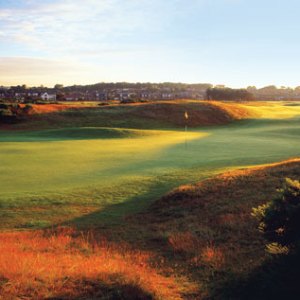 A 20-day trip for seven to play 10 Scottish and Irish golf courses of your choice. A past PGA champion will complete the pair of foursomes.

A round of golf at Scotland’s Carnoustie, site of the 2007 British Open, and seven VIP tickets to the tournament.

Travel through Scotland on the Royal Scotsman train.

The birthplaces of other sports are not revered in the way that golfers cherish Scotland, where the modern form of the game emerged in 1744, when a group called the Gentlemen Golfers of Edinburgh codified the rules of play (though the sport had been popular in the British Isles long before that). Baseball devotees visit Cooperstown, N.Y., primarily to see that sport’s Hall of Fame, not to play on its diamond, and it seems safe to say that few NBA fans dream of one day dribbling a basketball in Springfield, Mass.

Yet despite the weather, which is seldom favorable to the sport, Scotland and the rest of Britain remain vital forces in golf and essential destinations for those who play the game. Regardless of whether you have played golf in the British Isles already, this 20-day trip will prove enlightening. Red Carpet Enterprises (RCE), a 10-year-old company headquartered in London that specializes in planning such itineraries, will design the trip around 10 courses of your choice. However, the company suggests visiting the following venues, the first five of which are in Ireland and the remaining five of which are in Scotland: the K Club, Dromoland Castle, Adare Manor, Ballybunion, Lahinch Golf Course, St. Andrews, Gleneagles, Royal Dornoch, Turnberry Golf Course, and Carnoustie.

This last course is the site of the 2007 British Open, to which your party of seven will have premium access. You can be the last to play the course before it is closed for the tournament, play elsewhere in the meantime, then return to Carnoustie to watch the Open, which takes place from July 19 through 22. RCE suggests forming a party of seven so that you can accommodate an eighth golfer, a past PGA champion.

You and your guests will travel between courses in Scotland aboard the Royal Scotsman train, which will be chartered for your use. Assembled from modified mid-20th-century Pullman cars, the 680-foot-long train accommodates a maximum of 36 guests in sleeper cars that contain 16 twin cabins and four single cabins, each with a private bathroom. Two dining cars seat 20 and 16 guests apiece, and the menu highlights Scottish delicacies such as Aberdeen Angus beef, scallops caught at Kyle of Lochalsh, and lettuces from a garden on the Isle of Skye that supplies the Royal Scotsman exclusively. The observation car, located at the rear of the train, is equipped with a bar, numerous windows, and an open veranda.

In addition, the itinerary includes a dinner aboard the former royal yacht Britannia. Now moored in the port of Leith in Edinburgh, Scotland, the 412-foot vessel served the British royal family on almost 1,000 official trips from 1953 to 1997. Also, you will enjoy golf clinics prior to each day’s play, as well as a souvenir book chronicling your experience that will feature photos by noted golf photographer Larry Lambrecht and the signatures of the 2007 British Open champion and other competitors.

“There’s such a broad selection of experiences in this one trip,” says RCE founder Alan Rogers, who has played seven of the 10 suggested courses. “There’s an array of different things. You might have gone to some of these places before, or done these things before, but you haven’t done them all in one trip. Even without the golf, it’s a hell of an experience on its own.”