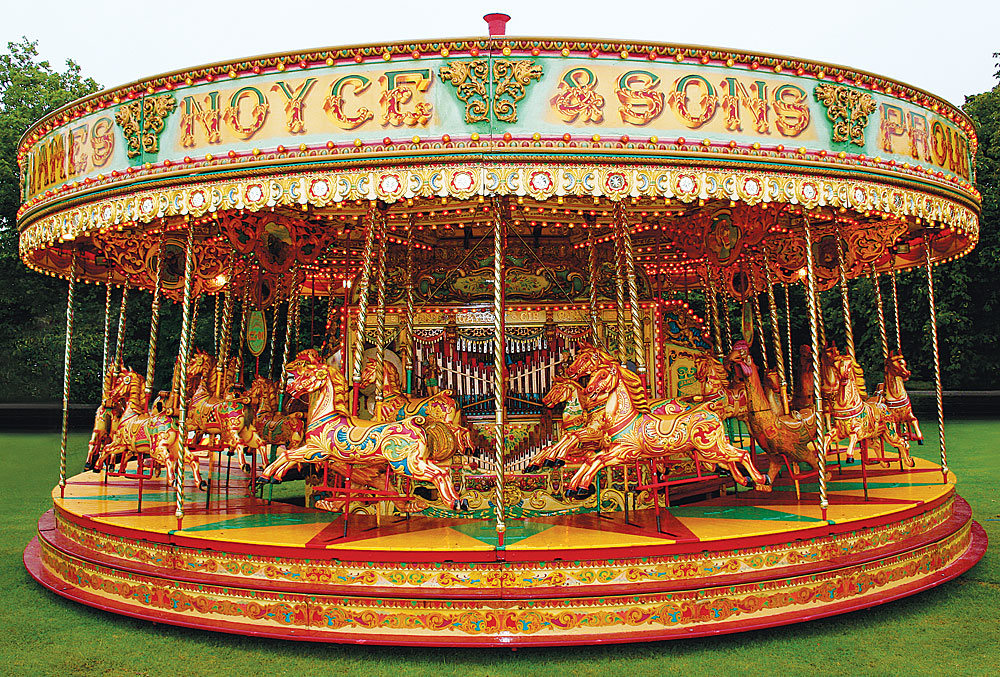 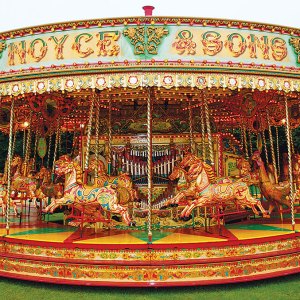 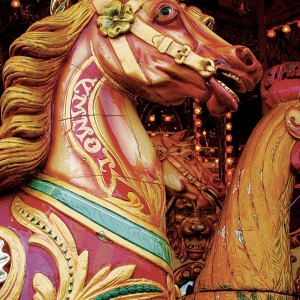 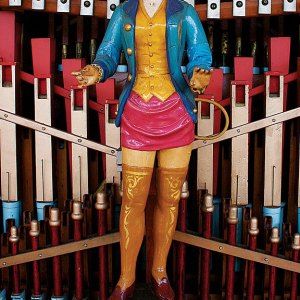 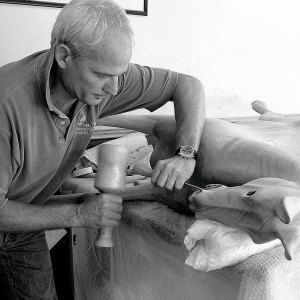 A full-size carousel featuring 30 horses, a lion, a tiger, a zebra, and a ship made of wood from the 19th-century British clipper Cutty Sark.

Not only do the British drive on the wrong side of the road, their carousels twirl in the wrong direction, clockwise instead of counterclockwise. And they sometimes include roosters among the horses. Marc Stevenson, cofounder of Stevenson Brothers, a company in Kent, England, that makes rocking horses (see “Foal Circle” below), is not certain about the roosters’ origins, but he suspects they represent Chanticleer, a fowl character in one of Chaucer’s Canterbury Tales.

Stevenson and his twin brother, Tony, are offering to make a full-size carousel, preferably one that is distinctly British—meaning that it will spin backward and have a rooster among its 36 hand-carved, wooden figures. Those figures also will include a ship constructed from wood salvaged from Cutty Sark, the 138-year-old tea clipper that is being restored in Greenwich, England. (The supply comes from timber that workers had removed from the ship before it caught fire in May. Cutty Sark’s restoration should be completed in 2009.) “We’ll probably work in conjunction with the Cutty Sark Trust on the model,” Marc says. “We might get one or two shipwrights involved in the piece to make sure that it’s spot-on.”

The Stevensons created their one and only carousel for a Middle Eastern client in 1988, but it was just one-third as large as the commission they propose. They envision a carousel that would be at least 40 feet in diameter and 15 feet tall, not including the flagpole on its peak. The brothers would like to base its design on a specific 19th-century model, one dubbed the Noyce Carousel, after James Noyce, who purchased it in 1950 for use in carnivals. “Among aficionados, people who know,” Marc says, “the James Noyce design is one of [the finest carousels], if not the finest, in the country.”

The Noyce Carousel, which the Savages of King’s Lynn company began building in 1884, now appears annually at several carnivals and other venues in England. JR Anderson, a firm that had specialized in decorative carvings for ships before turning to carousel animals, finished the original figures—30 horses and six roosters—in 1890.

For the Stevensons’ carousel, a 14-foot-tall calliope organ will provide the music. Like the organ on the Noyce Carousel, this one will accept punch-card musical manuscripts resembling those that were fed into player pianos. However, should you prefer to listen to something other than “I’ve Got a Lovely Bunch of Coconuts” and other British music hall favorites, the organ can be designed to accommodate CDs as well. “The sound is unique,” Marc says of the Noyce organ. “It is loud, because it had to compete with other noisy machines at the fairground, but I’m sure it can be toned down [to suit a home setting]. You can actually see the keys moving on the organ, and it is decorated with a bandleader figure whose arms move up and down as she conducts the music. It’s gorgeous.”

The modern carousel’s 36 figures (which would include 30 horses, a lion, a tiger, and a zebra in addition to roosters and the boat) would be arranged three deep, would stand from 4 feet to 6 feet tall, and would bounce on a mechanism powered by an electric motor. “The Cutty Sark ship might go up and down, too,” Marc says, noting that he and his brother have designed rocking ships before. “I’d like to make it pitch and roll, like the real ship.”

{ The carousel will require a minimum of 18 months to design, carve, and build. }

When Tony Stevenson was learning to carve rocking horses in the early 1980s, he modeled them on the horses that his late sister, Lesley, kept on her farm in Kingsnorth, in the Kent region of England. From the shed that Lesley had loaned to him and his twin brother, Marc, as a workshop space for their fledgling business, Tony would look out at the horses and sculpt what he saw. As a local veterinarian pointed out to Tony, his depictions of the farm horses were a bit too accurate. “You should charge double for your rocking horses,” the vet told him. “They’re all in foal.” Marc Stevenson had earned a degree in graphic design from Bristol University, but Tony, the elder of the fraternal twins, had no formal experience with carving or any other art form; he began working on rocking horses after becoming dissatisfied with his corporate career. The twins’ business, Stevenson Brothers, now operates from a 4,000-square-foot shop in Kent that employs a staff of 13. Over the last 25 years, the company has produced almost 7,000 rocking horses, a few of which have found places in the homes of the British royal family. When the Stevensons make two-in-one rocking horses nowadays, they do so purposely. “We offer twin horses that are joined with an extra-wide base. They can rock independently, but together,” Tony says. “They can be taken apart with a jigsaw joint, so that when the kids grow up they can each take their horse.”