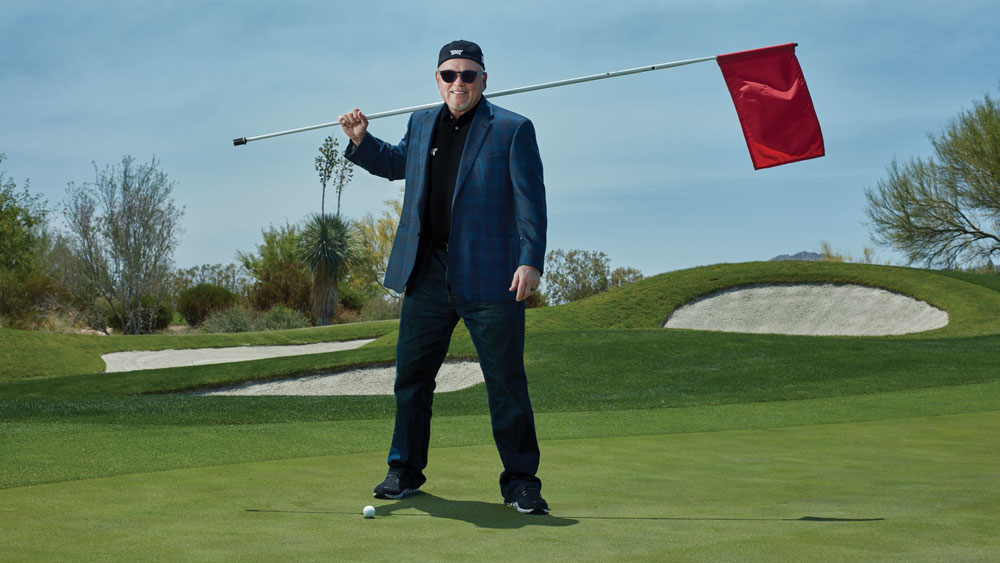 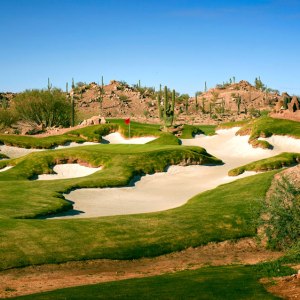 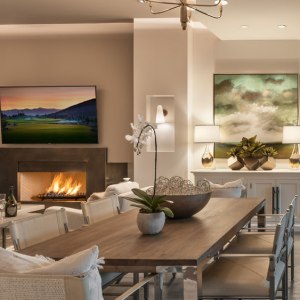 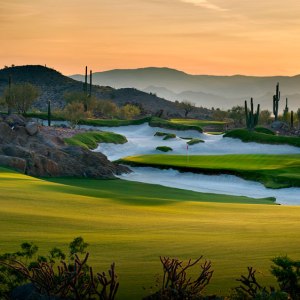 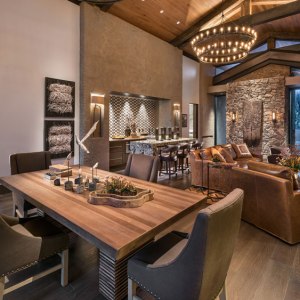 Bob Parsons is best known for founding PXG, a company that builds exclusive golf clubs tailored around an all-inclusive custom-fitting experience. However, the 67-year-old golf enthusiast and business mogul is shaking up the golf industry in other ways, as well. In 2013, Parsons and his wife, Renee, bought the Golf Club of Scottsdale and rebranded it as Scottsdale National Golf Club. During that time, they have unveiled numerous new features and amenities at the club, including a second, 18-hole championship course; a diabolical par-3 course; an extensive practice facility; and, most recently, nine new member villas. “It’s very residential,” Renee says of the villas’ ambiance. “A lot of the artwork that we procured is from local artists and indicative of the desert. We give a nod to the region in a bit of a contemporary way. It’s not modern or traditional; it’s transitional.”

As the member experience at Scottsdale National continues its transition toward even greater indulgence and unparalleled service—a culture Renee describes as “comfortable luxury” and “luxury without the pretense”—the allure of acceptance into the club grows stronger. Membership remains open only by invitation; however, participation in the PXG Experience can at least earn membership consideration.

We sat down with Parsons to talk about the club’s latest developments, the unique membership experience it provides, the current state of golf, and what the game needs to stay relevant in the future.

In what ways will the new villas improve the member and guest experience at the club?

Members can bring groups to the club and stay right on property in first-class accommodations and just focus on having a good time playing golf. A cocktail or two at dinner is no big deal because they don’t have to drive. When they wake up, they’re right on property. They get in a golf cart and go have breakfast or go to the course. The convenience is off the hook.

Do you envision villa stays being offered as part of a PXG Experience package?

That may be something that we offer in the future as an option, but I haven’t thought about it at the moment.

In addition to the new member villas, Scottsdale National is also home to a brand-new driving range and practice facility. What can you tell us about those new practice areas?

The driving range is incredibly large; it’s over 400 yards deep, so the longest hitters can go there and swing away. The short-game area, I believe, is now the finest short-game area in the world. We have five different green and bunker scenarios, so any type of shot that you want to practice is there. And the service is incredibly high. We have staff there taking care of ball returns, fixing divots, and raking bunkers. If someone is chipping to a green, we’ll have someone close by to remove those balls before they become too congested. A member never has to do that.

A par-3 course, the Bad Little Nine, is also fairly new. How did that come to be?

I had the room to build a par 3, so I commissioned our architect to do it. He said, “If you don’t have a solid theme to it, people just won’t play it.” He said he could think of no better theme than to make it incredibly difficult. I thought about it and said, “Absolutely. Do it.” That has worked like a charm. We’ll have members bring a group to a course, and they’ll play 18 or 36 holes on the championship courses, and then they’ll go over to the Bad Little Nine, order a round or two of cocktails, and hoot and holler and laugh. They’re expecting that it’s going to be brutal for them—and it absolutely is—and it becomes a fun thing.

Speaking of fun . . . Scottsdale National’s member guest tournament, the Wild West, has developed quite a reputation. Stories of mobile deejay units with loudspeakers blaring music, and you in a golf cart circulating the course with a bullhorn heckling players on the greens, are pretty common. Are those stories true?

Yes, I must confess.

What was your inspiration for creating such a tournament?

I go to some [member-guest tournaments] where it’s so intense that you’d swear to God you were playing for a million dollars. A member-guest is not the U.S. Open. The Wild West is light. It’s hilarious. We have a bourbon tasting with Pappy Van Winkle, for example, and a similar offering for tequila. You get a margarita cart, guys playing loud music, bullhorns, and taunting. This is about having fun. At the tournament, we say that we’re not here for a long time; we’re here for a good time.

Aside from the Wild West, which only happens once a year, how are you making rounds of golf at Scottsdale National more fun on an everyday basis?

We have the power to implement local rules, and one of our local rules at Scottsdale National is that a divot in the fairway is ground under repair. A divot in the fairway should be ground under repair. That’s something Jack Nicklaus recommended years ago—and if Nicklaus recommended it, then it should be considered. We also don’t rake bunkers at Scottsdale National, but it’s rare to find yourself in a footprint because we have guys who circle the course and rake anything that needs raking. But if you find your ball in a footprint and it troubles you, take it out.

Are there other features or aspects of the Scottsdale National experience that you think prospective members should know?

One of the things about Scottsdale National that I can’t emphasize enough is that we have no rules. None. The only rule that we enforce is that no member should impinge upon the good time of another member. If you’re getting in the way of someone else having a good time, then we have an issue. And I think that’s very reasonable.

Plenty of newspaper and magazine stories, as well as reports, have been published claiming that the popularity of golf is waning. Do you worry about the sport’s future?

The game of golf is always going to be there, but the more fun it is, the better it’s going to do. At the end of the day, we like to do things that are fun. When was the last time you signed up to be miserable? You just don’t do that. When you go fishing, if you judge the amount of fun you have by the amount of fish you catch, you’re doing it for the wrong reason. Golf is the same way. At the end of the day, what golf needs is to be available for people who want to participate, and they need a way to participate that’s inviting and fun.

What aspects of the game need to change to make the sport more fun?

I don’t know that golf needs to change. I think people’s attitudes who play golf need to change. And maybe that’s even too narrow a statement. People are the most serious when they first start playing, and they’re terrible. As they keep playing over the years and as the game humbles them, they lighten up, and then they enjoy it more. And when you get to be a guy like me at 67, you have a good time no matter what happens.

Based on what you’ve built thus far and how you’ve transformed the golf club, what about Scottsdale National makes you most proud?

As it evolves and gets closer and closer to fruition, I’m realizing that we are in fact creating something truly spectacular. It’s a spectacular venue that is well-manicured, has a wonderful degree of service and staff, and it’s uncongested with housing. When you play a round of golf here, it’s like you’re the only person on the planet. You tell me—where else are you going to find that?