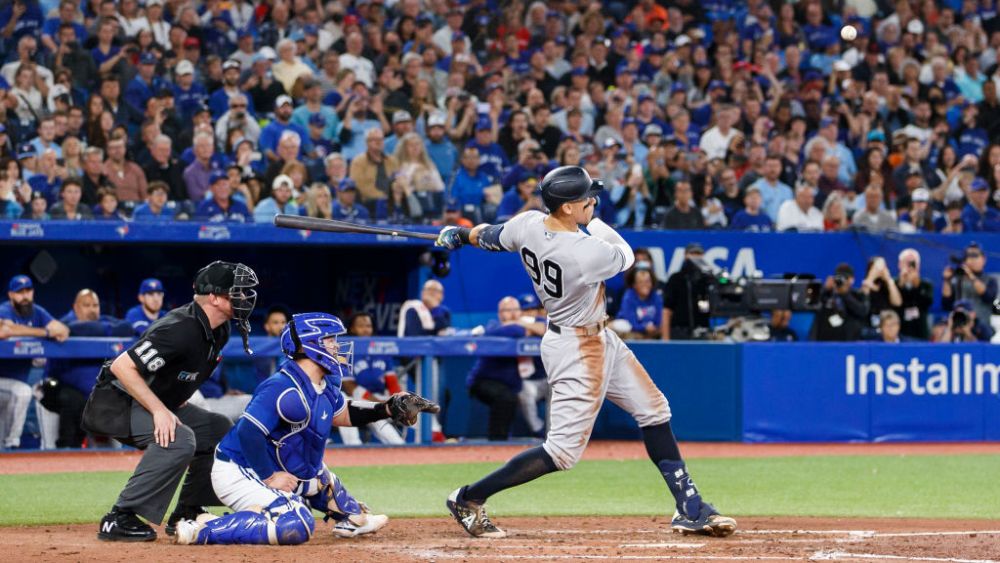 Aaron Judge is on pace to make MLB history and if you’re lucky enough to catch one of his milestone home run balls, it could pay off big time.

The slugger is chasing fellow Yankee legend Roger Maris’s American League record 61 homers and fans are prepared to battle it out for what could be a multi-million dollar souvenir. That is, if and when he hits another homer. Currently, Judge is stuck at 60, which ties him with Babe Ruth, and leaves him shy of matching Maris. Estimates have already started to come in regarding the 61st ball, which memorabilia companies have valued at $250,000 to over $2 million. The 62nd ball, which would surpass the MLB record that stood from 1961 to 1998, could fetch anywhere from $500,000 to north of $5 million.

The valuations testify to the fact that baseball fans are trying to purge all memory of the sport’s “Steroid Era” when Mark McGwire and Sammy Sosa smashed Maris’s record with 70 and 66 home runs in the 1998 season. Only for Barry Bonds to come along three years later and blast an astounding 73. Of course, those players—and many others of their generation—have had the shadow of performance-enhancing drugs hanging over their legacies. Hence, some fans have affixed an asterisk to Bonds’ record in their minds. For those people, Judge is a chance to purge the sins of baseball players past. He comes along knocking on the door of 61 and that’s left baseball pundits arguing that Maris’s mark is the “real home run record.”

Of course, establishing this as a new “record” wouldn’t hurt the people who could profit off of it. “Perhaps some collectors believe that Bonds, McGwire and Sosa are the real home run champions. But we discredit that notion for obvious reasons,” Chris Brigandi, owner of Brigandi Coins & Collectibles, tells Action Network. “With that said, we can expect Judge’s 60th to be valued at $500,000-plus, 61st at $2 million-plus, 62 and record-setting at $5 to $10 million.”

In order to ensure the legitimacy of the keepsake and so the person in possession get a fair payout, MLB has a covert authentication program in place—the likes of invisible markings that can only be seen using special technology. Judge will be stepping up to the plate again tonight against the Toronto Blue Jays. So, if you’re in the stadium, get your glove ready. And if you do happen to snag a milestone baseball, there’s a big decision to be made. Do you keep it, sell it or give it back to the team? The choice is yours.