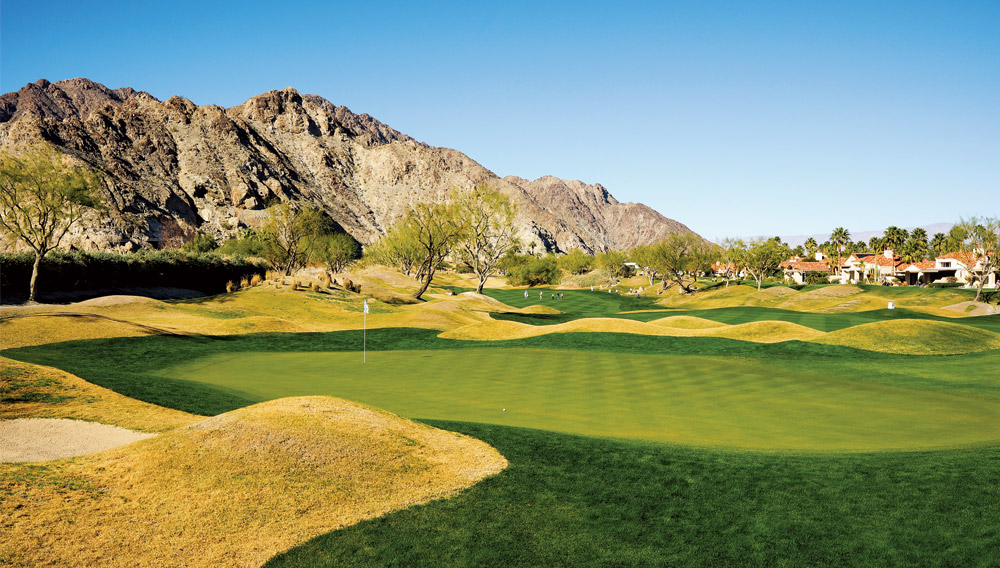 Sooner or later, all aging amateurs must face the facts: No matter who you know or how much you train, you will likely never run a fast break with LeBron James, catch a quick slant from Tom Brady, or turn a double play with Derek Jeter. You can, however, tee up with Tiger Woods, Phil Mickelson, and the rest of the top golfers in the world at PGA Tour events. And while the various Wednesday pro-am rounds are good places to start, there are only three PGA events in the world where you can play with the pros during the actual tournament: the AT&T Pebble Beach National Pro-Am; the Alfred Dunhill Links Championship, a European Tour event in Scotland; and, for the most complete pro-am experience, the Humana Challenge in Palm Desert, Calif.

“It’s not a bucket-list thing,” says Bob Marra, executive director and CEO of the Humana Challenge. “This is a full-on fantasy, one of the best experiences a golfer could ever have.”

Known for years as the Bob Hope Classic, the Humana Challenge is the only pro-am in which amateurs can play with six different PGA Tour professionals over the course of three rounds. (Four­somes consist of two amateurs and two pros per round.) At the 2014 tournament, the Humana unveiled a new format in which the top six amateur finishers also qualified to play in Sunday’s final round. Indeed, the event that launched in 1960—and has hosted amateur golfers from Desi Arnaz to Dwight D. Eisenhower—continues to offer unmatched access.

As with the 2014 event, next year’s Humana Challenge (January 19–25) will be held on the Arnold Palmer and Jack Nicklaus Private Courses at PGA West, and at the historic La Quinta Country Club. Amateur participants, who pay a fee of $29,000, receive silver money clips that double as access passes and welcome packages that might include a Tiffany & Co. bracelet, Tumi luggage, a new Cobra driver, a portable launch monitor, and more.

After collecting your gifts, you can head out to the driving range and hit balls next to, say, Brandt Snedeker and Zach Johnson. Honing your swing on a crowd-surrounded range is good preparation for Thursday’s first round, when your name and hometown are announced as you step to the tee. In addition to top pros, you might be paired with equally interesting amateurs, such as Mike Ferry, who has played in the tournament for 25 years. “Where can you go as an amateur and be virtually step-by-step with the best in the world?” says Ferry, founder of a Las Vegas–based coaching-and-training firm. “Twenty-five years at the Bob Hope, I’ve walked down the fairways with the best players in the history of the game.”