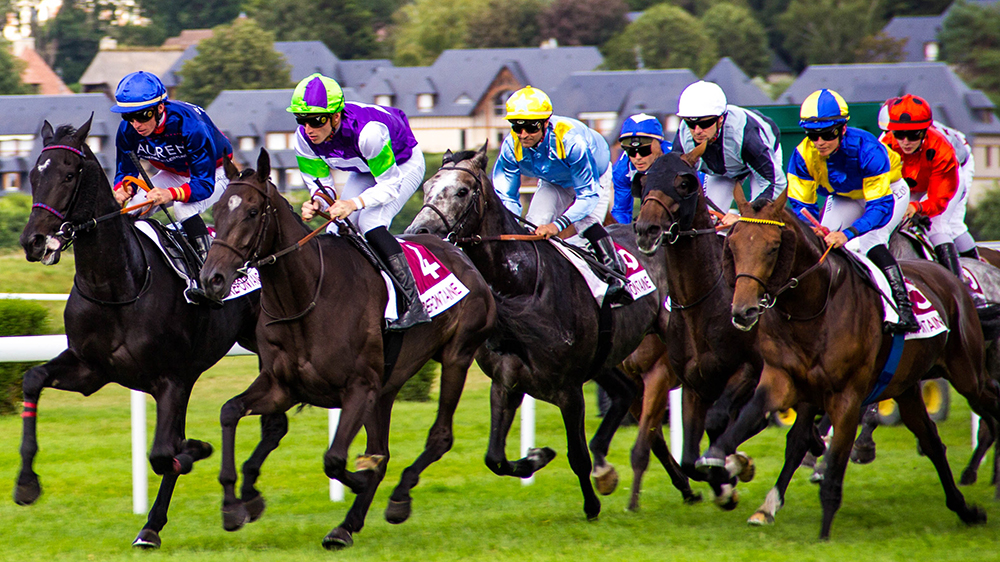 Illinois show jumper Taylor Flury accepted an invitation to fly to Lanaken, Belgium, to ride in one of the world’s most prestigious competitions: the Fédération Équestre Internationale WBFSH Jumping World Breeding Championships for Young Horses. The trip was a success. While there, Flury’s five-year-old Carrasca Z became the first US stallion to be approved by the Belgian studbook Zangersheide, with high commendation.

Two years later, however, when she returned to Belgium with Carrasca to compete in the seven-year-old division, the jumps towered well above four and a half feet. The course was technical, and the margin for error was slim. Despite what would be a strong performance in the final, Flury rode away with a different impression. “The harsh truth was, showing and bringing these [horses] up in the States had not prepared me for this competition,” says Flury, whose AliBoo Farm in Minooka, Ill., specializes in breeding and young-horse training. “It hadn’t helped me develop them properly.”

Few American riders are invited, as Flury was, to compete atop North American–bred jumping horses on European soil. Most young horses in the US with the talent and ability to participate at the international level hold passports originally issued by countries such as Belgium, Germany, the Netherlands or France. And there’s a reason for that.

In the business of horse sales for the American market, bloodlines are important, but experience is everything. It’s what we pay for and Europe consistently delivers. By the time horses are five, six or seven years old, an age when many are privately purchased or shipped to the US to be re-sold, most European-bred horses are already seasoned veterans on the show circuit. For deep-pocketed shoppers looking for a proven commodity—a talented prospect with the show record to match—buying horses in Europe just makes sense. Trying to replicate that same experience on our own soil? Much tougher.

Lisa Lourie of Spy Coast Farm, one of the country’s premier sport-horse breeders, believes we need a low-cost system of show opportunities for American young horses. She’s helping to provide it, as the sponsor of two different young-horse series, running at multiple venues around the country. At these events, horses aged one to seven can gain experience in specially designed young-horse classes (with reduced fees). Even so, for the typical amateur or professional rider, American young-horse classes—which are often poorly attended and not always cost-effective—are rarely a priority.

On the other hand, in countries such as Belgium and the Netherlands, lower costs across the board makes carrying young horses a more feasible option for breeders and riders hoping to develop them on their own. Shows are offered more frequently, at smaller local and national venues, with far lower entry fees. The result: A large number of equine prospects gain the mileage and experience they need without bankrupting their owners in the process.

For the US to catch up, horse-show pricing would have to come down at more events that have the knowledge and facilities to cater to young horses—and that’s just the start. Lourie has her own wish list: designers who are proficient in creating courses friendly to young horses; more riders who are interested in—and good at—training young horses; and more American customers “open to purchasing American-bred and-trained horses.”

Changing that mindset is a tall order but one with Venti-size potential for the American market. If the US could better support its breeders of young horses, we’d keep more dollars here at home. In addition, McArdle says, by cultivating our own talent pool, we could eventually expand the number of quality horses available to our international athletes. “We need that growth, because it’s getting harder and harder to buy top horses [in Europe],” he says. “And let’s be real, it’s so expensive.”

If the US could better support its breeders of young horses, we’d keep more dollars here at home.  Philippe Oursel/Unsplash

There are also ingrained, systemic differences in the European training model that would be difficult to replicate. Among them, Flury says, are a higher set of demands placed on talented prospects from one year to the next. Not every horse bred in Europe will end up competing on a Nations Cup team, but even members of a country’s “second string” can eventually find productive show homes, many of them with well-paying buyers from our side of the pond. “Their goal in Europe is to develop top sport horses, whereas, over here in the States, we want to develop good amateur-type horses, because that’s what sells,” Flury explains. “If we keep saying we want to develop these top horses, we need to set the bar a little bit higher.”

That effort is at least partially underway with the creation of the new USHJA Young Jumper Championships, which debuts in Traverse City, Mich., in September. The event will be the first of its kind to offer a national final with prize money, as well as bonus money and incentives for US breeders and owners of American-bred horses. “We’re trying to identify and acknowledge breeders for their hard work [and] what they put back into our sport,” McArdle says, and it may be coming at just the right time.

In the last few years, there has been a shift in riders at all levels of the sport looking to invest in horses at an earlier age. Among the noteworthy: California-based riders Hannah Selleck and Karl Cook, who compete with young horses bred on their family farms.

“We have good horses here. We have good sport mares for breeding,” says Flury. “Who wants to have to go to Europe to buy horses all the time?” In a post-Covid world, home-grown talent has never looked better.