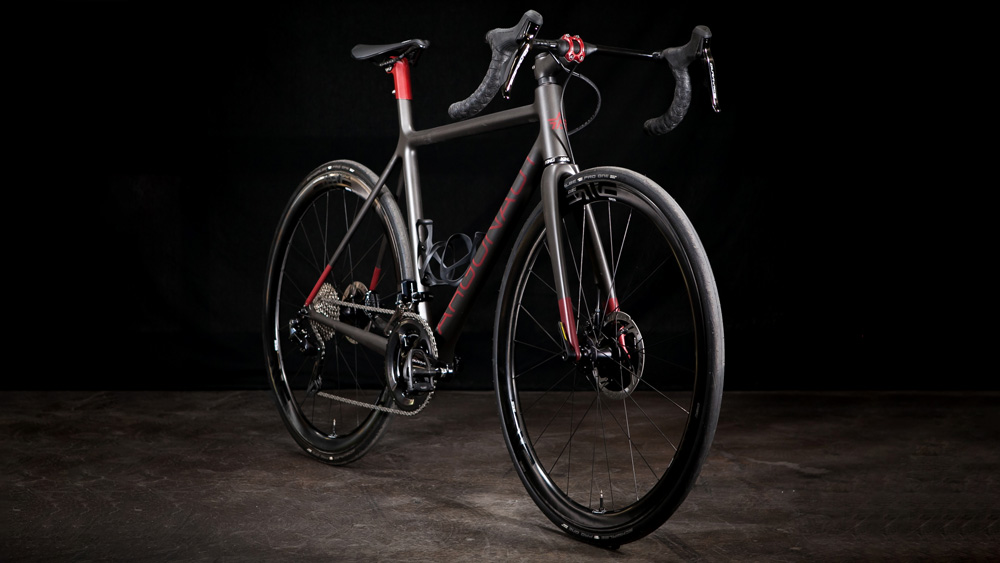 As one of the top custom bicycle manufacturers in the country, Argonaut Cycles in Bend, Ore., has a reputation for obsessing over the details—and at this extreme high-end of the market, those details make all the difference.

Take one of its newest initiatives, the Test Flight program, for example. It allows the company to showcase its state-of-the-art mechanical machines directly to the discerning audience who appreciates the technology built into Argonaut’s rides. “We’re giving test riders the base recipe that makes up [our bikes],” says Argonaut Owner & Founder Ben Farver.

The Test Flight program puts riders in select cities on a demo model that they can pilot through a preset course that not only whets their appetites for one of the most the most advanced bicycles on the market, but also helps them zero in on options that will help fine-tune the bike to best fit the rider’s needs. The first event was hosted in Oakland, Calif., in early November with a handful of prospective buyers (think avid cyclists who already own other custom two-wheelers and early adopters in the world of bike technology). Events will continue at a pace of about one every four months in various locations across the country.

But you don’t have to be a cycling diehard to appreciate the intensive labor and testing that goes into each of Argonaut’s three base models. Farver and his team start from scratch with raw materials on a per customer basis. “Every bike has a name on it and a pre-roll of carbon,” says Farver. It’s a manufacturing process that he calls “highly technical and straightforward at the same time”

The continual striving for excellence extends to individual components too. Just recently, the company introduced an updated road bike with a new disc braking system that essentially eliminates the weight and performance issues of its previous version. The cutting-edge component incorporates the dry-weather performance of rim brakes into a lightweight disc design that performs better across all conditions. The result is a lighter, more agile bike compared to the prior model.

What this all adds up to is a bicycle unlike any other on the market. Beyond the extreme quality of the components, an intensive assessment of the rider is taken before construction begins. Argonaut will look at the customer’s touch points on the handlebars, acceleration, weight, and riding output. All of that data is put into a 3-D CAD model, which is used as a blueprint to make those individual frame parts. (Get a look inside the process of custom bicycle competitor Alchemy by following the link.)

Once the parts are fabricated at Argonaut’s off-site manufacturing facility, everything is brought to Bend for final assembly. Paint and finishing touches are also completed on the same bespoke basis as the raw frame. Once a customer receives his or her bike, they just need to complete a few final assembly steps using the included torque wrench before they can get riding.

“We want to make sure our bikes leave the shop fully dialed,” Farver says, “[and allow clients] to get the most out of their bikes out of the door.”

As for what’s to come, the company is always looking for ways to move forward. Right now, Farver and his team are working on a customer’s request for a reflective paint scheme, which involves the development of a new particle to be included in the paint. Argonaut is also about to introduce a road “plus” model that will run with oversized tires and a 415 mm chain stay. This particular bike will maintain better acceleration on the back end and be better equipped to tackle varied terrain.

If you are looking to begin your own voyage on an Argonaut, its custom bicycles are priced from $14,000.