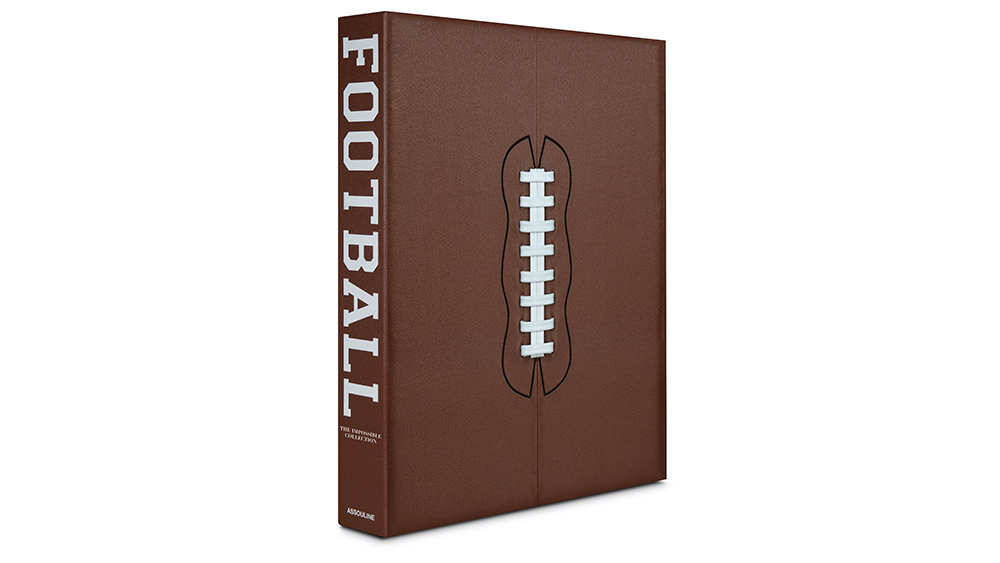 After covering one of our favorite subjects earlier this year—stogies, of course—Assouline is at it again. The publisher has just announced the latest volume in the best-selling Impossible Collection, and it’s dedicated to another of our favorites, football.

Rolling out next January, Football: The Impossible Collection—The 100 Most Legendary Moments in History offers sports fanatics a comprehensive look at both college and professional football over the past 150 years. Penned by notable sports journalist Michael MacCambridge, the artful tome features a curated selection of the 100 most exciting, memorable and significant events that shaped the sport—from the historic Ice Bowl, the Immaculate Reception (see below) and the Hail Mary, to the 2018 record-scoring 54-51 shootout between the Rams and Chiefs on Monday Night Football.

Jampacked with dynamic photographs, rarely seen archival documents and vintage memorabilia, the book also covers the unforgettable upsets and routs, as well as the more left-of-center happenings. This means that moments—like when a college marching band prematurely took the field, interrupting the final touchdown of a rivalry game—will be immortalized forever. MacCambridge has written extensively about sports—his award-winning book America’s Game: The Epic Story of How Pro Football Captured a Nation is widely considered the definitive modern history of pro football—and his wealth of knowledge is evident within each page.

In 1972, the Steelers’ dynasty was launched on this unlikeliest of plays: The Immaculate Reception.  Courtesy of Assouline

Of course, selecting which historic moments made the cut was no easy feat. MacCambridge told Robb Report he started by writing down my own list of musts—the events that were indispensable in shaping football history—then assembled a bevy of football savants to vet the list and augment with their own suggestions.

“There are at least another 70 or 80 events that could reliably stake a claim to belonging on the list,” MacCambridge said. “So then it became a question of balance and settling on a mix. It is a test in which there are certainly more than 100 ‘right answers,’ but I’m proud of the list we assembled.”

Befitting a book about football, the oversized luxury volume comes encased in a unique faux pigskin clamshell case—just like a regular football—and is hand-bound using traditional techniques (including color plates which are hand-tipped on art-quality paper).

At a thousand smackers a pop, it’s not exactly cheap—but the book represents a touch down in publishing and is the quintessential compendium for fans of football. If you’d like to get your hands on a copy, you can preorder it on the Assouline website from December 15.

Check out a few images from the book below:

The 1993 Wisconsin Badgers illustrate how far college football has come over the years.  Wisconsin Athletics

December 9, 1934: “The Sneakers Game.” The sneakers which helped the New York Giants win against the Chicago Bears.  Courtesy of Converse

November 9, 1946: A ticket from the first “Game of the Century.  University of Notre Dame Archives

December 23, 1962: A ticket from the longest pro championship game.  Courtesy of Assouline