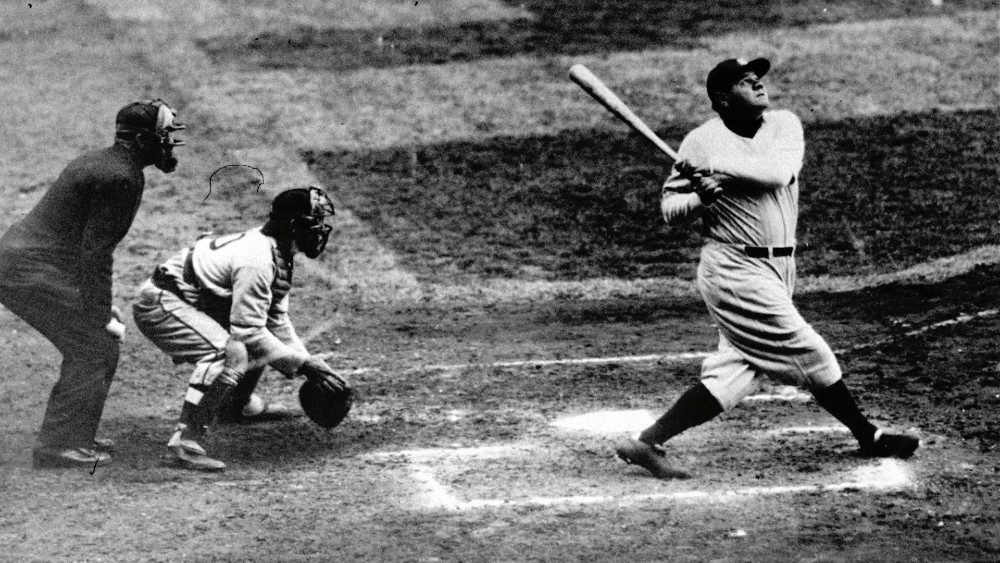 Growing up in Maryland, Ellen Kelly had loved her aunt’s piano, but wasn’t allowed to play it. So, when it was added as a lot in a family estate sale in 1992, she jumped at the chance to purchase it. It set her back a whopping $25. Now, that fateful purchase may bring Kelly an incredible six-figure return, thanks to a baseball card hidden inside the instrument.

Found jammed in the piano’s pedal was a stash of vintage baseball cards, including one of a then-rookie player named Babe Ruth. Dating back to 1916 during his days as a pitcher for the Boston Red Sox, the card is part of the historic M101-4 set, which collectors consider a holy grail.

“I don’t guess I realized what [the cards] were worth when I found them,” Kelly told Sports Collectors Daily. “Best $25 I ever spent,” she added. No kidding.

According to Kelly, the card was discovered when she noticed her piano was out of tune and the pedal was sticking. When a friend came over to repair it, they found 112 cards inside. The one featuring Babe Ruth was shot before he became a legend of the sport, and received a 2.5 rating from Beckett, a well-known authentication and grading company. As for why they were stashed away in the piano? Kelly thinks her father or uncle may have placed them there to keep them out of view of her aunt, who it seems learned how to spark joy through tidying well before Marie Kondo brought the idea into the mainstream.

“They had to hide the cards because my aunt threw everything out,” Kelly said.

A rare baseball card featuring Babe Ruth is up for auction and could sell for more than $100,000.  Goodwin & Co.

Steve Bloedow, Beckett Media’s director of auctions, estimated that it would go for $60K to $75K in a news release, but with one day left to bid, the price is hovering just under $100K, with 22 bids in. (Kelly savvily declined earlier offers. “Someone offered me $40,000 for the Babe Ruth card and I thought, ‘That’s Babe Ruth, he’s worth more than that.'”) With the clock ticking, things could heat up in these final hours.

Kelly already has an idea as to how she’ll spend the money. “My brother’s Subaru is broken down and so is my Ford Ranger truck. I just want to get a new truck to get around in,” she told Sports Collectors Daily.

She could also put the money toward piano lessons; after all, she still hasn’t learned how to play the piano that produced this windfall in the first place. “I wanted to play it,” Kelly said. “But I could never get out of the first book.”