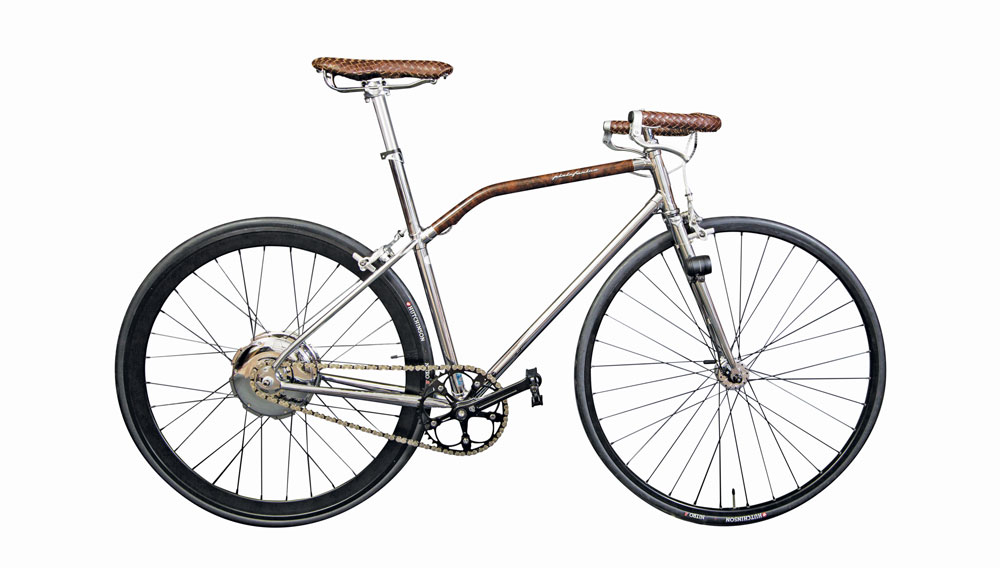 A pedal-powered Pininfarina with a prewar pedigree.

A collaboration between the Italian bicycle manufacturer 43 Milano and coachbuilder Pininfarina (pininfarina.com), the Pininfarina Fuoriserie pays tribute to the marque’s formative years in the 1930s. Battista “Pinin” Farina, who founded his carrozzeria in 1930 (the family’s surname was changed to Pininfarina in 1961), created custom bodywork for Alfa Romeos, Fiats, and other elite automobiles. The design of the new bicycle, which the companies unveiled last year, draws from one of his early achievements. “One of the most iconic car models of those times was the Lancia Astura Cabriolet aerodinamica tipo Bocca, in 1936,” says Paolo Pininfarina, the company’s chairman and the grandson of Battista. “The interlaced treatment of the leather on the bike’s saddle and handlebars is in fact derived from the interior of this car. It’s the expression of a truly outstanding artisanal skill.”

The woven saddle and handlebars are the work of the Florentine tannery the Bridge, which also designed a custom leather travel bag for the bike. The Fuoriserie (which means “specially built” in Italian) also features a hand-welded chrome-plated steel frame accented with a walnut briar-root coating, as well as brake knobs engraved with Pininfarina’s logo. Pininfarina and 43 Milano will produce only 30 examples of the bicycle, which is available naked for $7,400 or in a Bike+