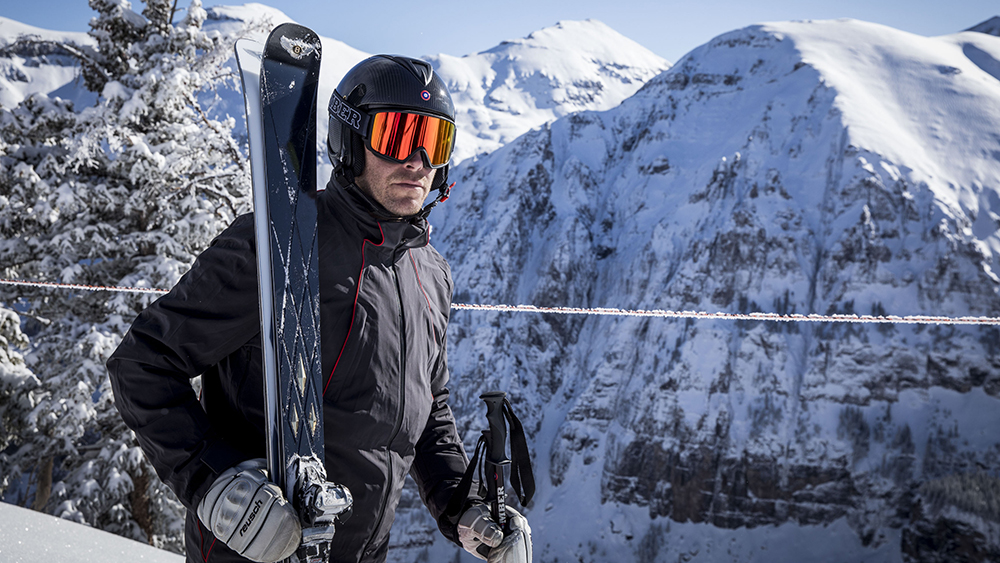 When we think Bentley, we think cars. Extremely nice ones. The British automaker is among the world’s finest and is so trusted it’s even made the armored limousine for Queen Elizabeth II. But what if you took that same level of quality (and sleek aesthetic sensibility) and merged it with athletic gear designed to help you gracefully race down a mountainside? Its new partnership with Bomber Ski does all that and more.

For its part, Bomber has crafted two styles of limited-edition skis with an allover diamond pattern taken from Bentley’s own signature diamond-stitched leather interiors. Each blade has diamond-shaped inserts; one set is coated with a glossy black finish while the other is plated in 24-karat yellow gold.

Bomber handcrafts all of its own skis with a team of skilled artisans in a small factory outside of Cossato, Italy. Every pair has a solid wood core finished with carbon steel for the perfect balance between flexibility and rigidity. All of them are built for performance and, despite their precious construction, the pairs created with Bentley are no exception. Champion skier Bode Miller (above), who’s a part-owner of Bomber, was instrumental in turning the concept for the skis into a reality. The three-dimensional grid design not only echoes Bentley’s own branding but is exactingly placed in the areas where a skier needs the greatest amount of support and responsiveness, according to Chris Cooke, a lead designer with Bentley.

The Black Diamond 84 model has a limited production run of just 200 pairs while the gold-clad Centenary Edition 84 has an even more restricted run of only 100. Though the latter iteration is specifically inspired by the EXP 100 GT concept car launched in 2019, both require an equal 32 hours of painstaking work to complete by hand. Their durable Titanal metal surfaces are engineered to help produce maximum power while enhancing overall strength to traverse the most challenging terrain.

As is probably apparent by the amount of care that went into this collaboration, Bomber is no stranger to incredible team-ups. Its striking Artist Series incorporates works from the likes of Jean-Michel Basquiat and Keith Haring to offer more vibrant options than what’s normally seen in stock at the typical ski lodge.

Purchase your own pair of spectacular skis on the brand’s website and be sure to snag one of the scarce Bentley pairs before you next hit the slopes.