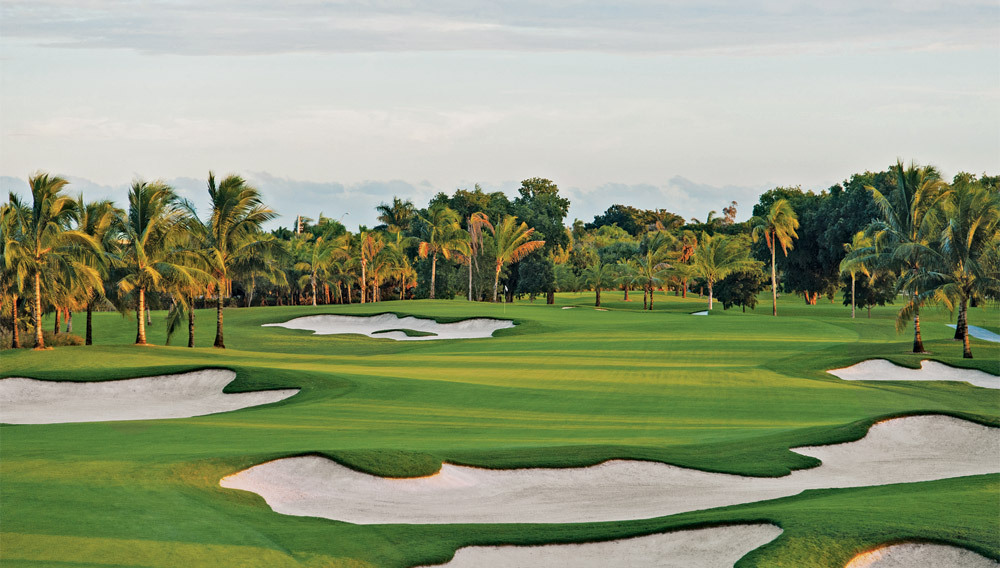 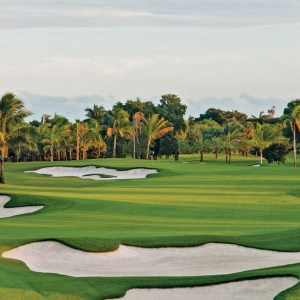 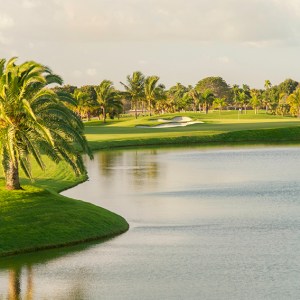 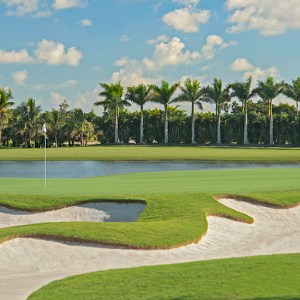 A Trump-sized revival of a Florida legend…

Donald Trump first visited Miami’s Doral resort as a child in the 1960s. A wide-eyed kid from New York, the Donald basked in the Florida sun, played resort golf with his father, and, in the process, formed one of his fondest memories—one he was inspired to bring back to life.

That may explain why Trump National Doral Miami is arguably the billionaire’s best work yet. Trump acquired the nearly 800-acre golf resort in 2012 and soon embarked on a $250 million upgrade that is scheduled for completion this winter. Trump’s daughter, Ivanka, and sons, Eric and Donald Jr., have played big roles in the project, and all seem to have the family taste for opulence and attention to detail—from the exquisite marble touches in the lobby, restaurants, bars, and guest rooms to the soundproof windows in the golf clubhouse. Just outside those windows lies what is perhaps the undertaking’s most impressive transformation: the newly reopened Blue Monster golf course.

Trump enlisted the architectural team of Gil Hanse and Jim Wagner to redesign the famed Blue Monster, which has been the centerpiece of Doral since the resort opened in 1962. The Blue has hosted a PGA Tour event every year since, and it is the current site of the World Golf Championships–Cadillac Championship. However, seeing that the course had grown tired, Trump gave Hanse and Wagner plenty of latitude to change it. The pair worked to retain the spirit of the original architect, Dick Wilson, but not at the cost of a lesser course.

“Donald kept reminding us, ‘Picture bigger!’ ” says Hanse, who also recently designed the course for the 2016 Olympic Games in Brazil. “We were able to respond to that. A lot of people are excited about the outcome, and without Donald pushing us to imagine and create bigger and better, I don’t know if we would have gotten to that.”

Praise of the new Blue has indeed been abundant—and justified. Improvements to the course, which reopened in February, included the elevation of greens and removal of trees, creating a far more open layout. New traps and tee boxes, and more expansive water hazards, have helped make the course a tougher test for the pros, but it has also become far more enjoyable for average players. Doral’s practice facility has been expanded fivefold, with a new driving range as well as areas for chipping, short-game, and putting work, all illuminated at night by a first-of-its-kind LED lighting system.

Hanse and Wagner also added more than a million cubic yards of undulation to the course, in part to enhance viewing positions during the Cadillac tournament. The most stunning view of the course, however, is from the new top-floor terrace of the clubhouse. A sweeping sea of green, the panorama—like the new Blue itself—is sure to hold fast in the memories of many golfers.