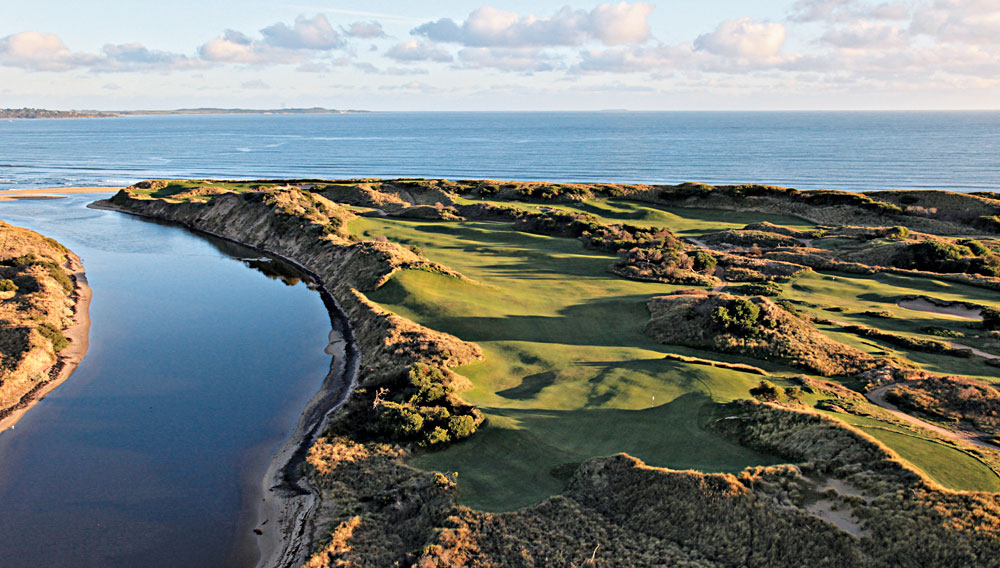 Bill Coore and Ben Crenshaw designed the new addition to the Barn­bougle property, which also includes a clubhouse, cottages, and a lodge. Practitioners of the minimalist school, Coore and Crenshaw prefer to find, rather than create, their holes based on what the terrain dictates. The Lost Farm site—a mix of rolling dunes and flat farming firmament overlooking Anderson Bay—was apparently generous: The completed course includes two bonus holes, for a total of 20.

As always from Crenshaw, one of the game’s great putters, the greens and their surrounds are special. Befitting the contours, some of the greens perch atop knolls and demand soft landings; others sit in bowls formed by sandy mounds and ripple with the terrain.