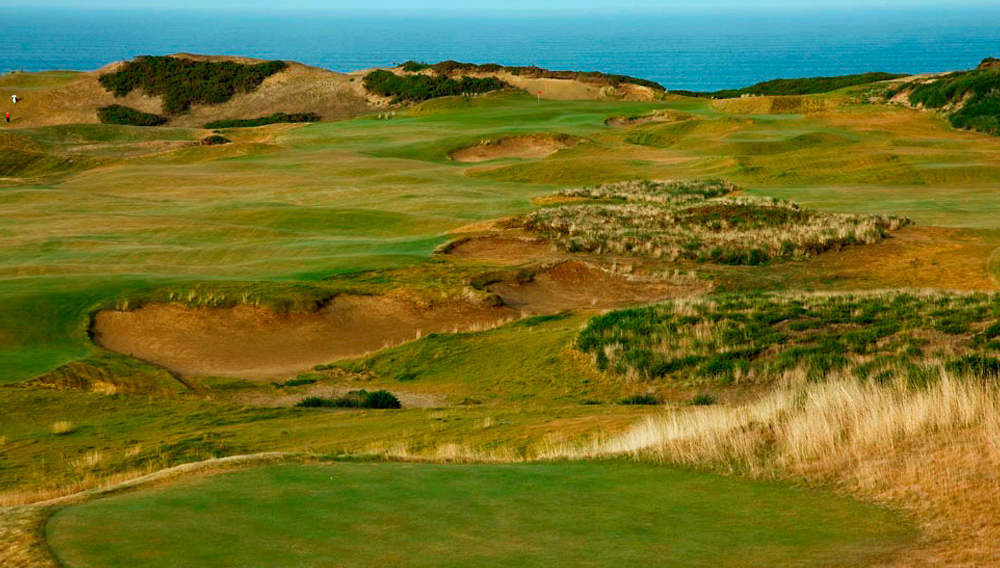 More golf courses closed than opened in the United States last year, and the industry experienced a significant drop in rounds played. Yet at least one Amer­ican golf institution showed signs of life in 2010, thanks in part to a man who died more than 70 years ago. Charles Blair Macdonald, the country’s first homegrown golf architect, designed the National Golf Links of America in Southampton, N.Y., the Course at Yale in New Haven, Conn., and other American classics that he modeled after courses he played in the British Isles in the late 1800s. More than a century later, his designs served as the architectural and inspirational models for Old Mac­donald, the latest jewel in the four-pronged crown that is southern Oregon’s Ban­don Dunes Golf Resort.

Bandon Dunes’ owner, Mike Keiser, directed architects Jim Urbina and Tom Doak to channel Macdonald’s spirit in designing the resort’s fourth course (the second by Doak), which is set on a tumbling coastal landscape that could easily be mistaken for Scotland or Ireland. “Mike wanted to create something like Macdonald’s courses,” says Urbina. “He wanted to bring that style of golf to the masses.”

That style, familiar to Americans who make pilgrimages to the Old Sod, calls for keeping the ball under ever-present winds and dodging strategically placed sand pits, humps, and long grasses. The course, which opened last June, appears wide open, but the challenge lies in positioning one shot to set up the next. “C.B. was all about the importance of the right angle of approach,” says Urbina.

Nearly all of the holes at Old Macdonald are interpretations of Mac­donald designs, which were themselves tributes to Britain’s best. For example, the 16th hole—called Alps because of the massive mounds in the middle of its fairway—was originally seen at Scotland’s Prestwick Golf Club, then built by Macdonald at National Golf Links. Other renditions are subtler, including the 11th hole, which is patterned after the famous Road Hole on the Old Course at St. Andrews (also mimicked by Macdonald at National). The Oregon version has no shed to hit over, but gorse along the right side presents a similar hurdle.

While Old Macdonald borrows from other courses, the holes “are not copies,” says Urbina. Still, the course is a faithful tribute to America’s original golf architect—and a worthy addition to America’s premier golfing destination.