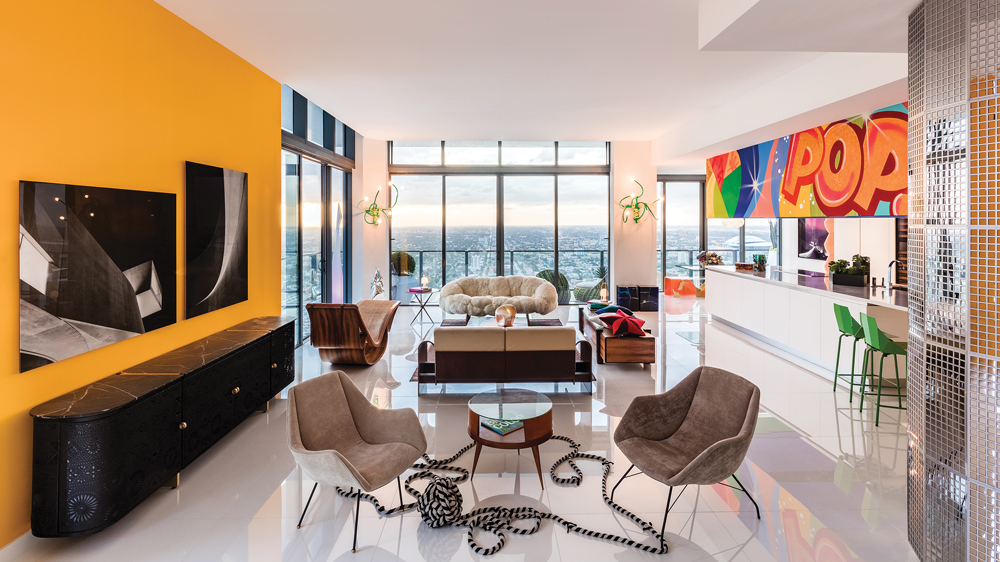 An Interiors Playground in Miami

If you’re into design, art, or chic parties under the auspices of both, you already know Basel makes Miami the place to be this month. The name CasaCor might be less familiar. Originating in Brazil, the roving design showhouse takes over urban spaces to create imaginative interiors by leading creatives. Now in its second Stateside edition, CasaCor Miami brings together an international cast of 18 designers and eight artists from the United States, Latin America, and Europe to highlight uniquely elevated visions of modern living. It’s the design person’s version of exercise: a stroll through 25,000 square feet (including a garden area) perusing interiors and furniture, chatting with the designers, and fantasizing about next moves.

Have you booked your New Year’s Eve berth in St. Barts’s Gustavia Harbor yet? If you missed out, now is the perfect time to book the vessel of your choice for next year’s celebration. In case you’re not privy to the party, celebs and yachties alike revel in the festivities of the new year, with private onboard bashes and reworks for all to enjoy. Leonardo DiCaprio and Rihanna, among many other recognizables, are just two of the regulars at this annual celebration. Slips are limited, so now is the time to check with your charter broker on starting 2020 with a bang.

Matt Orlando has been in some great kitchens. The chef-owner of Amass

in Copenhagen worked at Le Bernardin, Per Se, Fat Duck, and Noma before opening his own place. But when he arrived at the Michelin three-star Restaurant

at Meadowood to cook at its 12 Days of Christmas, he was in awe. “It was like walking into Narnia,” he said. Now you can experience the wonder of one of the country’s premiere dining events. International chefs including Jessica Largey, Dave Pynt, and Ana Roš, among others, will take turns joining Christopher Kostow in Napa to create tasting menus over 12 nights in December. Reserve your tickets at exploretock.com; it’s $350 for the main dining room and $750 a seat at the chef’s counter inside the kitchen.

the social elite on forays to the country club or vacation villa. But the winged woman’s pristine appearance now gets grimy on her perch atop the luxury marque’s new Cullinan sport utility vehicle—and she’s looking good. Sitting on the same structural architecture as the flagship Phantom, the 563 hp all-terrain transport features a 6.75-liter twin-turbo V-12, all-wheel steering, and self-leveling air suspension to ensure wafting through the wilderness. And if you order one now, you’ll be off-roading in refinement this summer.

On the last eve of the month, usher in 2019 with something worthy of your wishes for the new year. Krug has just released the Clos D’Ambonnay 2002, a Champagne made exclusively from Pinot Noir grapes, grown in a small walled plot, from a particularly excellent harvest. After patiently resting 14 years in Krug’s cellars, the 2002 creation is ready for its big toast. With aromas like gingerbread and candied orange peel, it’s so delicious you’ll need more than one flute. Each bottle ($2,200) is individually numbered.