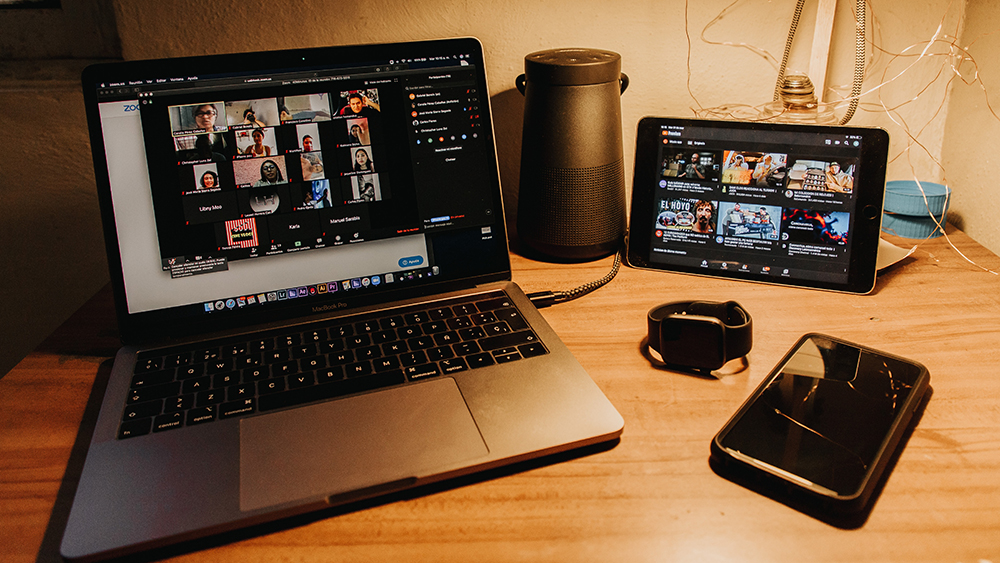 Livestreams have become something of a lifeline for those living in quarantine. Most of us have been attending Zoom happy hours to break up another monotonous week at home or FaceTiming with family for a little comfort. But a certain subset of self-isolators are using these social platforms to carry on a beloved pastime: pub trivia.

Uptown Pub Quiz has been doing Wednesday Night Trivia in Inwood, N.Y., since 2008 and has garnered a dedicated following of roughly 20 to 30 loyal players, most of whom live in the neighborhood. “Our trivia really brings together a diverse mix of people, and we’re kind of like a family,” says quizmaster Naomi Major, who goes by the alias “Naomi of the North” while quizzing. “I actually met my husband at one of our games.”

Fortunately, this uplifting weekly routine has endured even in the face of a global pandemic. “We haven’t stopped just because we got coronavirused,” Major says. Following the statewide lockdown imposed in March, Major, along with her four fellow quizmasters—who each take turns to host—moved the trivia from Buddha Beer Bar (near 190th Street) to Facebook.

Despite what might you think, not a great deal has changed. There are still six rounds, two hosts—one asks questions, one marks—and players can interact via the comments section on the video. “People can still yell at the host like they normally would,” Major jokes.

Of course, this is a trend that extends beyond the Big Apple. On the West Coast, Sunset Trivia has been quizzing SoCal brainiacs IRL since 2009. Normally held at more than 100 bars from San Diego to Los Angeles, the game went virtual at the beginning of April. “We are blessed with a tight-knit community of trivia-goers who keenly felt the absence of their normal weekly pastime: bar trivia,” says quizmaster Brian Rubinstein.

Rubinstein says the online engagement has been great so far, with more than 700 people attending the Wednesday sessions and 300 or so participating on Sundays. “The feedback has been really positive, and people are thankful for restoring some normalcy in a time when we all, our hosts included, need it,” he adds.

Both Major and Rubinstein say they have dialed back the emphasis on scoring as the online world makes that aspect of the game more difficult. They also admit there are occasional hiccups, namely the glitches that come with online streaming. On the flip side, the quizmasters see the opportunities that new virtual games bring.

“The digital format does allow us to ask more questions in a shorter period of time, include a greater variety of visual media in our questions and expand our geographic footprint,” Rubinstein says. On top of that, there’s an opportunity to gain more regular attendees. “We’re excited to reach people we normally wouldn’t typically reach,” Major says.

Since virtual trivia is popping up all across the country, we’ve pulled together five online pub quizzes across all three times zones to help you flex your brain muscles and, perhaps, and commune with a few nerdy, kindred spirits.

Just like the real-life sessions, this virtual trivia is all about building a sense of community and having a few laughs. It takes place every Wednesday at 8 pm EST via a Facebook Livestream. There are six rounds in total, with 10 questions each. The host will first read the questions, repeat them once, then read out the answer. You score yourself, and it works on an honesty system. Players will be quizzed on everything from ancient history to Tiger King. The best thing about this game? The lack of admin means you just jump onto Facebook and start playing.

Streaming live via Twitch and Facebook, this quiz takes place every Sunday at 5 pm PDT and Wednesdays at 7 pm PDT. You can assemble your crew prior to the game kicking off via Skype, Zoom, Google Hangouts, etc., and you will score yourselves via a Google Form. (The quizmaster, Brian, will give you the link at the start of the stream). There are five general knowledge rounds of five questions each. And, as a fun twist, for the final question you can wager up to half of your current score, but the points are deducted if you get it wrong. So, are you a gambling man?

All the way from Tennessee, Cerrito Trivia runs a tight, fun game. Players are asked to assemble a quaranteam (get it?) wherever and however they like. Then, email your team’s name and your captain’s name to cerritotrivia@gmail.com at 7 pm CST on the day of the game. The quizmaster will then run through five rounds of five questions via a Facebook Live video. Teams are asked to keep track of points—you get one per correct answer—and post their total score in the “Comments” section of the video. The winners get bragging rights, plus a shout-out on social media, and there is also a prize for the best team name.

Geeks Who Drink is a homegrown Pub Trivia Quiz that was played all across the states before we experienced the wrath of Covid-19. Now, the popular quiz takes place on Twitch at 9 pm EST. The questions cover everything from celebrities in trouble to wordplay to bad television. However, until the quizmasters work out a proper scoring method, these games are just played for kicks. Not a fan of Twitch? You can play quick visual rounds on the Geeks Who Drink Instagram.

Prior to the Covid-19 pandemic, the NYC Trivia League hosted quiz sessions in 120 bars across the city. Now, anyone from anywhere can participate, not just New Yorkers. The quiz is held via Instagram Live at 8 pm EST on Mondays, Wednesdays and Fridays, or 6 pm EST on Sundays. Sessions run for around 50 minutes and there are about 40 questions that count for one point each. You can establish a team and get your answer sheet on Facebook or Instagram before the session starts. The winners will be posted online for maximum glory.