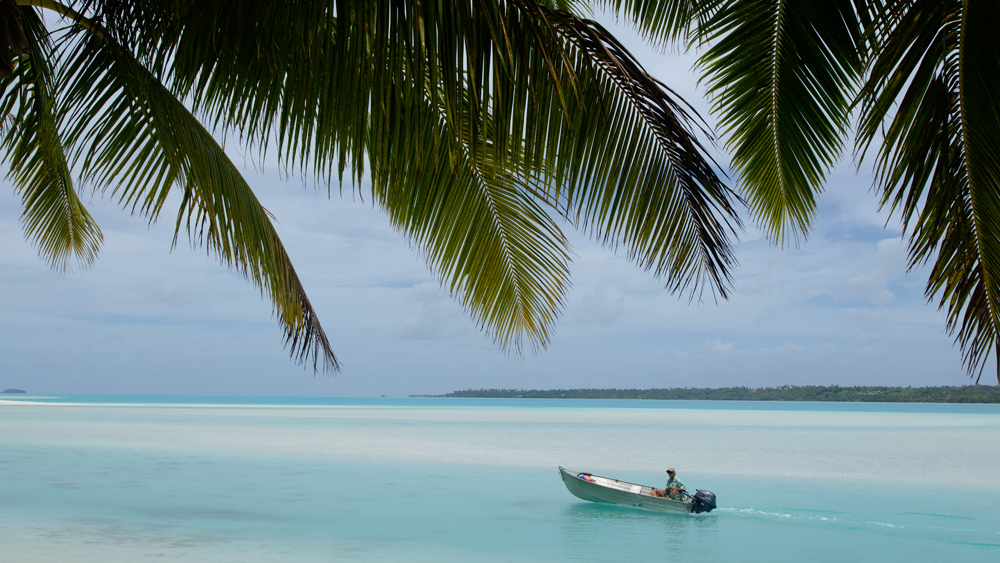 Bonefish are known as the “silver phantom” by their admirers, likely an attempt to make them seem more mysterious and stealthy. Yet they are elusive, and no photo does them justice; you simply have to catch one. Found in saltwater flats, they are not trophy-like, or even handsome to any who aren’t already transfixed by their specific charm. They are like an obscure band with a small but intensely devoted following who avidly discuss songs from bootlegged concerts and are basically insufferable. When it comes to bonefish, I’m now one of the insufferables.

The brown trout is the gentleman of fly-fishing, the Atlantic salmon aristocratic, the tarpon prehistoric and fiercely impressive. The bonefish is none of these things. If anything, it might be compared to a more streamlined, glittery carp. But a fish doesn’t exist in isolation; it’s part of an environment that immerses you while you seek it out. In the case of the bonefish, that happens on isolated flats in very shallow water—if you’re lucky, in the Bahamas, surrounded by pale blue ocean in every direction.

Fishing can’t be separated from the boat, tackle, tactics, and guides that are all part of the pursuit. I didn’t understand the immense appeal of bonefish until I was standing on a flats boat and casting to one near a mangrove stand off the southern tip of Andros Island in the Bahamas. This was a challenge in paradise.

We arrived at this point by a vigorous 30-minute ride in a 17-foot Maverick skiff, which travels at more than 20 knots. Designed to navigate in very shallow water and quickly over smooth surfaces, a flats boat is more challenging on modest waves. The wind was up that day, and as we sped along, my friend Mark and I bumped aggressively along the surf and tried to brace ourselves for each trough, which is the most intense core workout I’ve had in memory. The guide, Pap, an Andros native, was quiet and watchful. When we got to the spot, he quickly cut the motor and we glided into sight of the mangroves.

Pap stood on a poling platform and positioned us silently into a place where a school of bonefish would ideally move as the tide came in, crossing the flats in search of crabs and shrimp they could hoover into their mouths and crush with their powerful jaws. Bonefish are famously difficult to see. When you’ve never seen one before, they are even more difficult. I knew this ahead of the trip and read books and magazine articles and watched videos online in preparation for the big moment. It was not enough.

From his perch, Pap made a small clicking sound when he saw a group of fish (each guide makes a distinct sound effect when he spies a fish, and those sounds become an indication of populated stretch of the world in a truly wild place. I looked up to Pap, and he was smiling faintly but with his eyes in the distance, already tracking for signs of the next bonefish.

Pavlovian excitement that you quickly learn to love). Pap, calmly: “Eleven o’clock, a school, 40 feet from the boat.” By the time I made out what I was supposed to see, they were 30 feet from the boat. Mere shadows, moving with purpose. My first cast, with a 9-foot 8-weight rod, was with a fly called the

Crazy Charlie, a well-known design that resembles a shrimp. Like most flies, the name sounds absurd until you’ve caught a fish with it. The cast was too close, and the fish darted away—but not for long. Pap told me to cast again slightly to the right. “He sees it,” Pap said, which made me strip the fly faster, against my better judgment. “He’s coming for it.”

At this point I was so excited it was hard for me to stand. I was disconnected from any observational sense and wholly dependent on Pap, who could have told me to jump in the water and I would have taken the plunge. I could see a darker, more aggressive movement from one of the shadowy forms and saw the front of the shape turn, as if he were biting something. “He’s got it!” Pap says, and I set the hook, foolishly, by raising the rod, which is how you would set a fly in a trout. In this case, a strip set is what’s required. But I was lucky; miraculously the fish was on, and now I was prepared for the famous bonefish run. The fish turned away from the boat and made its 100-yard dash, fizzing away in a torrent of unraveling fly line (this is one reason saltwater reels are expensive—they can handle this strain).

Imagine being connected to a go-kart driving directly away from you. A bonefish possesses unrivaled strength for its size, which is all being used at this instant. This is the visceral connection that animates all angling thrill: The minutes and hours of repose and stealth are contrasted with fierce action that brings purpose and proportion to all the down moments.

The bonefish out of water is impossibly silver, all aerodynamic muscle, like the pontoons on a floatplane. We revived the fish and quickly set him free. (It’s true of all fish, but particularly bonefish—it’s important not to let them linger out of water, as they need their strength to avoid sharks and other predators.) I was in love with the flats, sand and water and sun, the feeling that we were at the end of the world, in true isolation, except for the occasional osprey and sea turtle. There was no sound.

When fishing is truly aligned, you feel part of an ecosystem and deeply linked to your environment. The thrill of being connected to a fish is a small part of a larger experience—being acutely alive in a beautiful, barely populated stretch of the world in a truly wild place. I looked up to Pap, and he was smiling faintly but with his eyes in the distance, already tracking for signs of the next bonefish.

Fishing boats in the Bahamas  ohrim/Shutterstock