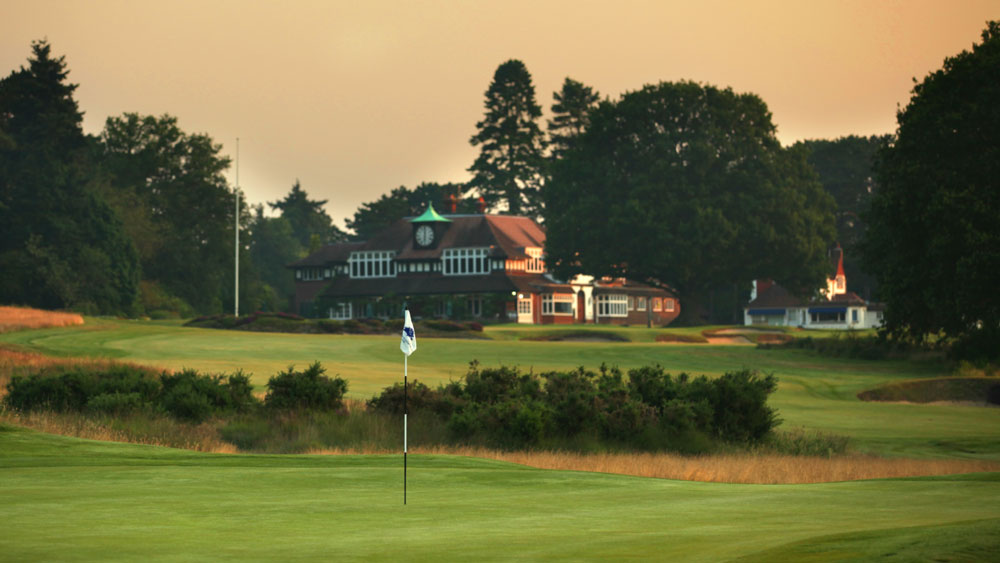 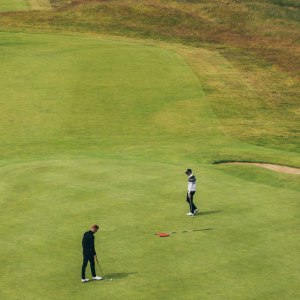 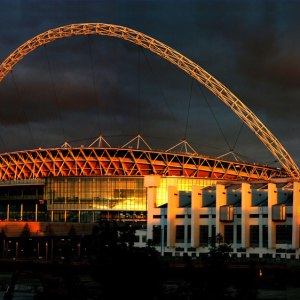 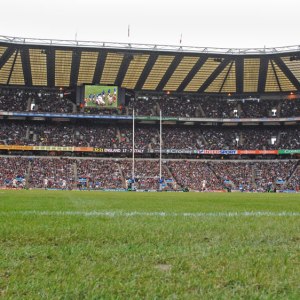 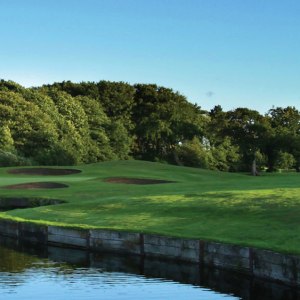 As any avid golfer will tell you, Sundays are best spent on the course. During the fall, however, many American golfers find themselves torn between spending the day on the links or on the couch watching football. Carr Golf offers a travel package (through Britain of all places) that indulges both of these passions—albeit one that still dedicates Sunday to pigskin spectatorship. Through the Irish company’s seven-day Golf & Gridiron NFL London Experience package, travelers not only have the chance to play four exceptional British golf courses—three of which regularly host the British Open—they also get the opportunity to attend an NFL game hosted at one of three London stadiums.

The trip begins with a round at Royal Liverpool—a classic links course and the second oldest seaside course in England—which hosted the first Walker Cup in 1921. The following day, participants will tee it up at nearby Royal Birkdale, a course that has hosted more championships and international events since 1945 than any other in the world. On the third day, golfers will attempt to avoid—or at least successfully dig themselves out of—the 206 bunkers spread across the grounds of Royal Lytham & St. Annes.

Finally, after a scheduled travel and sightseeing day, participants will enjoy a round at Sunningdale Golf Club, a private course founded at the turn of the 20th century that was a favorite of amateur golfer and Augusta National founder Bobby Jones. After carding a 66 during a British Open qualifying round there, Jones declared that he wished he could take the course home with him. Not surprisingly, it draws some comparisons to Augusta National and shares some similarities with the revered British club. “Sunningdale is beautifully manicured and is one of England’s most exclusive golf courses,” says John Breen, Carr Golf’s senior travel marketing executive. “So you can expect to be excited and somewhat nervous as you tee it up there.”

After a day dedicated to touring London, participants will join at least 60,000 British fans to take in the action of an NFL game at either Tottenham Hotspur, Twickenham, or Wembley Stadium. And although football is not as popular in the British Isles as its European namesake (soccer), those who attend a game across the pond would be wrong to assume that an understanding of and appreciation for the nuances of the game haven’t taken root there. In the 10 years that the NFL has played games in London, British fans have embraced the sport. “Participants are often taken aback by the in-depth knowledge that UK fans have for the game,” says Breen.

Carr’s Golf & Gridiron package is designed to accommodate eight travelers and starts at about $6,500 per person. The package includes four rounds of golf, private transportation in a luxury coach with a dedicated driver, and accommodations at Formby Hall Golf Resort and Spa in Liverpool and The Savoy hotel in London. Airfare and NFL game tickets are not included in the package.

Football and golf enthusiasts who want to experience the unique journey this year will need to act fast, as the last Golf & Gridiron trip begins on October 23 in advance of the Vikings and Browns game at Twickenham Stadium on October 29. No need to worry if that timing doesn’t work, as the NFL has already announced that it will host five more NFL games in London during the 2018 season.

Breen, who spent three of his college summers caddying at the Country Club in Brookline, Mass., fell in love with American football during that time, and he says that many Irish harbor a passion for the game. He also believes that Carr Golf’s gridiron package will appeal to any golf and football enthusiast. “To enjoy some of the world’s best golf courses before an NFL Sunday game in London,” he says, “is really a no-brainer trip for any person who calls themselves a sports fan.”