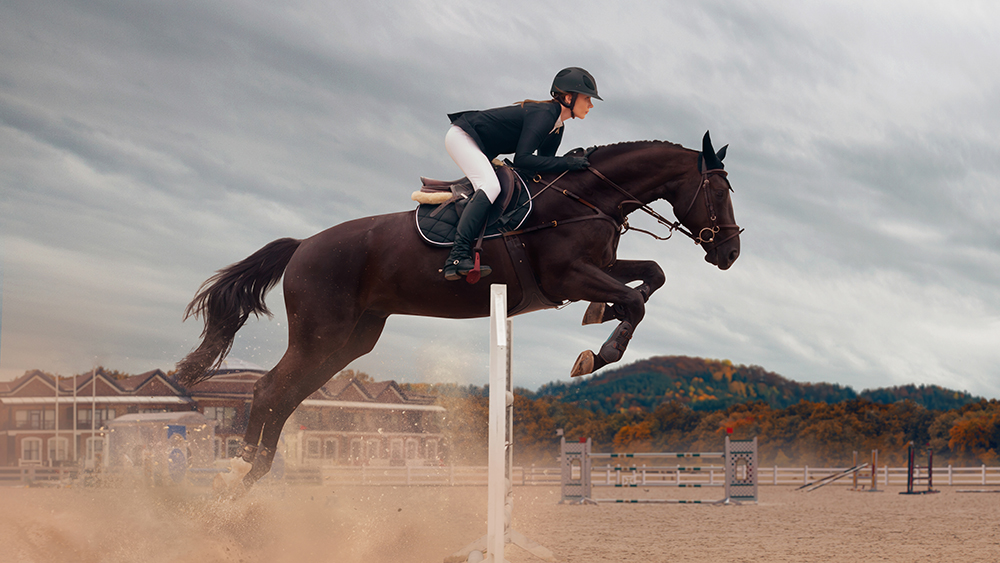 This winter, the crème de la crème of the equestrian world will return to their seasonal home in Wellington, Fla., for three months of hunter/ jumper and dressage competition. The equine athletes will include some with price tags in the seven figures; top international mounts jetted in from Mexico, the UK and Belgium; and, flying discreetly under the radar, a handful of equine clones.

That’s right. More than two decades after the world’s first successful clone—Dolly the sheep—was born, cloning has quietly moved from sci-fi to show rings, with illustrious steeds loaning their genes to the cause.

“There will definitely be cloned horses in Wellington, which is kind of not public information—and that’s the way their owners want it,” says Kathleen McNulty, owner of Replica Farm, who works with Texas-based ViaGen Pets cloning service.

As a rider myself, the first time I heard this information I was stunned. Access to top horses is the great leveler in equestrian sport, and for many competitors the ability to someday own and train a top-caliber horse depends on finding one with talent at a young age, then investing the time and money to bring it up through the ranks yourself. Imagine, years down the road and tens of thousands of dollars later, learning that your investment will be competing against not only the fleet of imports purchased at a premium in Europe but, potentially, multiple clones of those top-dollar imports, which have already proved they can win at the highest levels.

To date, no cloned horse has participated in an Olympic Games or—so far as we know—won a major Fédération Equestre Internationale (FEI) event, though this may change as more clones come of age (most show-jumping horses don’t reach their competitive prime until they’re 10 to 12 years old, and the first wave of clones made for competition are 6 to 8 years old). There’s enough evidence to indicate that cloning doesn’t pose the radical threat to fair play that many once feared. After all, one key element doesn’t come with the DNA: training.

“You can’t expect that just because a clone has the genetics of a famous horse, it’s going to walk into the show ring as a six-year-old and win everything,” McNulty says. “Yes, it has all the building blocks, but you still have to train it.”

From the beginning, cloning has been used as a tool to preserve bloodlines from champion horses in case they died unexpectedly, or from those gelded early in their careers, before their value could be known. But while some want the lineage, they may not attach it to the cloned horse. McNulty says, “A lot of clients are cloning horses that have made it to the top, but they’re not necessarily naming [the offspring after] the original.”

Why does that matter? Without sharing a link to the donor’s name—the studbook tradition of many well-bred offspring—fellow competitors and officials may be none the wiser about a horse’s genetic roots. This lack of transparency is one of the stickier points in modern cloning and something that’s likely to get caught in the crosshairs of sport-horse breeders, many of whom can trace their horses’ lineages back centuries. However, tools like DNA analysis and regulated microchipping mean that identifying who’s a clone and who’s not is possible, even if the results aren’t publicized.

As cloning technology improves—and it has, says Dr. Mario Zerlotti, a Brazilian veterinarian and reproduction specialist—so do prices, which will make it more accessible. The going rate at Replica Farm has dropped from $165,000 to $85,000, hardly out of line with top-tier horses, which can run from $50,000 into the millions.

While cloning is prohibited by major sport and breeding organizations such as the Jockey Club (of Thoroughbred racing), the FEI Olympic governing body has allowed the participation of cloned horses in FEI competitions. So it seems that clones can play, just as long as they don’t cause trouble, and that’s fine with me. Assisted breeding methods such as artificial insemination, surrogacy and embryo transfer are already common. Isn’t cloning just more of the same? If we lower the veil of suspicion around clones, we will encourage greater transparency in competition and, with that, move closer to our primary aim: to regulate and maintain fair play.

“It’s going to be underground for a while,” says McNulty. “But at some point, we’re going to turn around and say, ‘Oh, that horse? The one that just won the grand prix? That’s a clone.’”